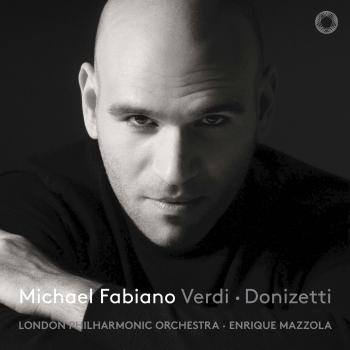 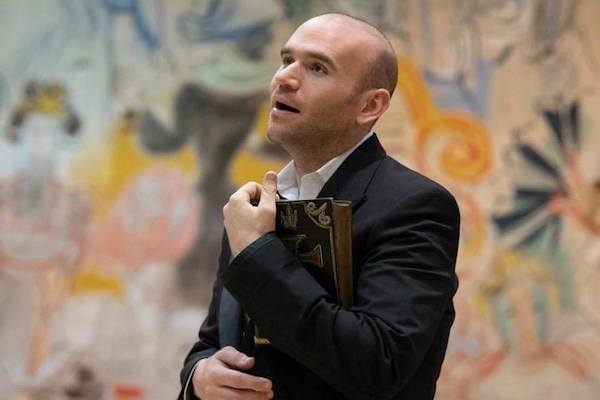 Michael Fabiano
Of Michael Fabiano’s recent performances as Rodolfo in Puccini’s La Bohème at the Metropolitan Opera, the New York Observer wrote: “. . . by the end of the second act, the buzz was that this was the [role] debut of the decade.” A few weeks later, he created a second sensation at the Met when he replaced another tenor as Edgardo in Donizetti’s Lucia di Lammermoor, on seven hours’ notice. The recipient of the 2014 Richard Tucker Award and the 2014 Beverly Sills Artist Award, Mr. Fabiano is the first person to win both awards in the same year, and is considered one of the greatest tenors in the world today. Next season, he adds four new roles to his repertoire: Rodolfo in Luisa Miller, which he will sing to open the San Francisco Opera season, Lenski in Eugene Onegin, which marks Mr. Fabiano’s Royal Opera debut, the title role in Don Carlo, at San Francisco Opera, and Jacopo in I Due Foscari, in concert performances at the Teatro Real. He will also star as Rodolfo in a new production of La Bohème, and as the Duke in Rigoletto at the Opernhaus Zurich, and in a new production at the Opéra National de Paris – Opéra Bastille.
During the 2014/15 season, Mr. Fabiano returned to the San Francisco Opera and the Metropolitan Opera for performances as Rodolfo in La Bohème, and debuted at Opera Australia in the title role in a new production of Faust; a role he also sang to great acclaim at the Opéra National de Paris – Opéra Bastille. Last May, he opened the Glyndebourne Festival starring in the title role of Donizetti’s rarely-performed Poliuto in the first professionally staged production in the history of the United Kingdom. This July, he will sing Rodolfo in a special concert performance of La Bohème from Maschpark, Hannover, to be televised live throughout Germany over NDR.de. He sang at the Richard Tucker Gala at Lincoln Center, which aired on PBS last January, and at the Columbus Day Parade in New York City, and performed in special Christmas Concerts with the Montreal Symphony under the direction of Kent Nagano. In addition, Mr. Fabiano was featured in the Italian-Americans documentary which was broadcast over PBS last February.
Mr. Fabiano has performed at many of the world’s leading opera houses; a list that includes: the Metropolitan Opera, San Francisco Opera, Teatro Real, Opéra National de Paris, La Scala, Asociacíon Bilbaina de Amigos de la Ópera, Dresden Semperoper, Deutsche Oper Berlin, English National Opera, and the Teatro San Carlo. In addition, he has graced the concert stages with some of the world’s most acclaimed orchestras such as the Cleveland Orchestra, San Francisco Symphony, Los Angeles Philharmonic, Philadelphia Orchestra, Oslo Philharmonic, and the Vienna Symphony.
He is the winner of numerous competitions, including Grand Prize Winner of the Metropolitan Opera National Council Auditions. He is a member of the Metropolitan Opera Guild Artists’ Council.