The Shape Of Blues To Come The Apocalypse Blues Revue 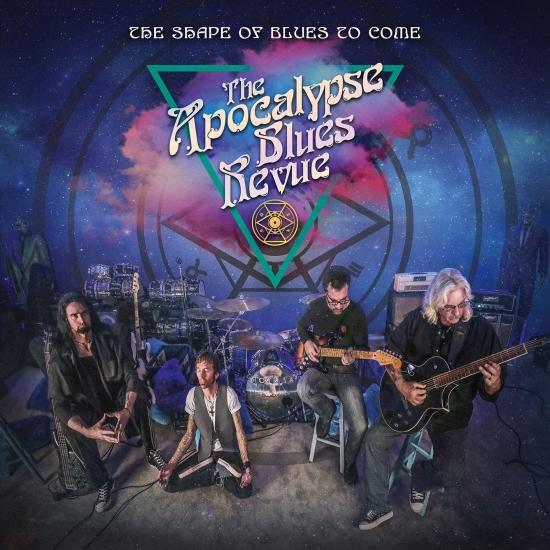 Info for The Shape Of Blues To Come

The forthcoming album, The Shape of Blues To Come is the follow up to the self-titled, 2016 debut album.
Larkin says, “Our mission is to see if Apocalypse can reshape the shape of blues to come. We’re a different shade of blue. Our approach is to write and play as a traditional blues band. Our original influences came from Zeppelin, Johnny Winter, Stevie Ray Vaughan, we came to the blues later in life, and we’ve found our groove and sound, and it sounds unique and original to us. We don’t try to hide our rock influences, it comes through creating a new shade of blue.”
The band again wrote together for this record, but in a strange twist of coincidence, the tracks selected were all lyrically from the pen of Shannon Larkin. In terms of lyrical content, he reveals that his lyrics are often spiritual in nature, but he hesitates to define his meanings as he defers to the imaginations of the listener to find their own meanings.
Somewhere there is a kid who has been listening to Godsmack, who will now come to know The Apocalypse Blue Revue, and from this revelation of the blues they will backpedal to discover the long and honorably trod path that leads to Robert Johnson, the Kings (B.B., Albert, and Freddie), all the way forward to The Doors and the British blues-rock boom, which finally leads straight to today.
Sonically, The Shape Of Blues To Come covers a lot of ground, from the traditional blues changes of “Sincere” to the more cerebral textures found on the Floydian “What A Way To Go” with Rombolo’s evocative late-night Strat tones, Larkin’s soft, musical touch on the drums, sweet background choirs, and Cerbone’s sung-spoken recitation of “What a way to go, when the wind’s never at your back.” “Open Spaces”, which opens the album with a nod to Jimi’s blues, then gradually ups the ante as the band’s rock blood begins to boil and cast about with heavily flanged guitars and vocals is an ideal way to get a panoramic view of what is to come. The beauty lies in the fact that this band has been six years in the making, and while the album lies rooted in very traditional blues structures and sounds, Rombola, Larkin, and Carpenter’s rock roots do shine through. The album’s closing number, “Noumenal Blues” finds Cerbone duet with Nancy Koerner, whose silky tones match Ray’s earthy baritone alongside Carpenter’s languidly loping bass line and some fingerpicked acoustic guitar before Larkin, Carpenter, and Rombola put the record to sleep with a bit of unabashed rock.
The album, The Shape of Blues To Come, promises to be an exciting ride through blues steered by rock musicians.
Ray “Rafer John” Cerbone, vocals
Tony Rombola, guitar
Brian Carpenter, bass
Shannon Larkin, drums 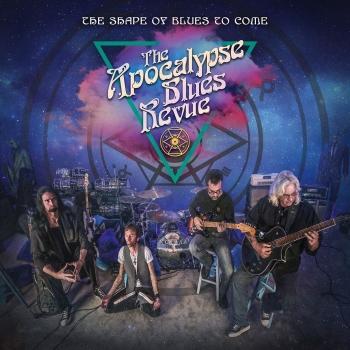 The Shape Of Blues To Come 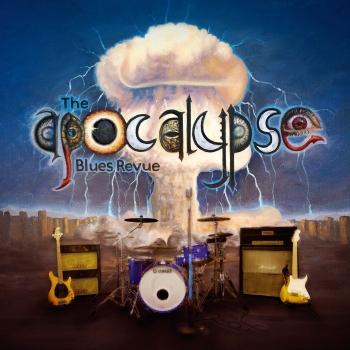 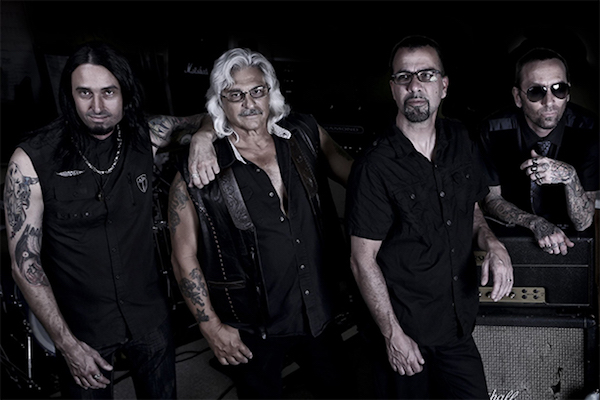