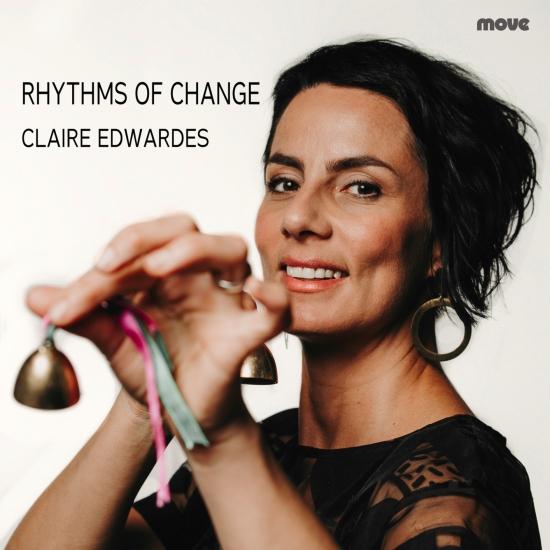 Info for Rhythms of Change

The featured new works on this resulting album are by a range of esteemed Australian composers from emerging to established and reflect the Australian culture as well as documenting recent national and world events.
Maria Grenfell is a Tasmanian composer originally from New Zealand who has written a huge array of music for the Tasmanian Symphony especially. Her work Stings and Wings is in three movements and was inspired by her work on the film quoll farm with the various movements representing insects - jack jumpers, dragonfly’s and moths.
Peggy Polias is a mid-career composer who was recently part of the Classical Next Innovation Awards nominated Composing Women program at the Sydney Conservatorium of Music. Written during the first outbreak of COVID in Australia in 2020, her new work Receptor is a response to the pandemic, specifically the physicality of the tiny virus entity and all its stages.
Emerging composer Ella Macens wrote her piece Falling Embers during the 2019/2020 Australian bushfires. Tracing a glowing particle suspended above desolate land where all has been lost and destroyed, the piece beautifully explores the last moments of something – the final glow before life burns out.
Edwardes' Rhythms of Change project was triggered by the realisation that basically all the pieces that she had been performing throughout her whole career were all written by men. To re-address the gender disparity, Rhythms of Change commissions female composers to write new works for solo percussion.
As a commissioning and performance project the initiative ensures that the next opus of Australian percussion music will be more fairly represented by women, so that the next generation of musicians can do what makes sense in our day and age – play music written equally by male AND female composers. The works are designed to be performed by a range of musicians – from high school students, to tertiary students through to professionals, with the goal that the compositions will be readily available through the Australian Music Centre and video recordings of the work publicly available on YouTube. It is also envisioned that these high-quality works will be rostered on future exam and conservatorium curriculum not just in Australia, but across the globe.
Edwardes' commissioned works are currently being performed in live concert programs and online concert presentations throughout Australia. Now Claire is taking her project to the world – inspiring all genders of composers and percussionists to band together to forge a new more gender equal chapter in the history of classical music.
"I am very grateful for your project and feel that the gender balance among composers for percussion is the most important challenge we face currently - I feel the need for greater equity more than ever right now. Thank you for your efforts Claire!” (Steve Schick)
Claire Edwardes, percussion
Maria Grenfell, marimba (Stings and Wings)
Peggy Polias, marimba (Receptor)
Anna Cawrse, marimba (Dance Vignettes)
Bree van Reyk, vibraphone (Slipstreams)
Melody Eötvös, glockenspiel, electronics (Antumbra I-III)
Ella Macens, vibraphone, crotales (Falling Embers) & Verve (marimba)
Elena Kats-Chernin, vibraphone (Poppy's Polka); Violet’s Etude (marimba solo)
Alice Chance, marimba solo (Self Talk) 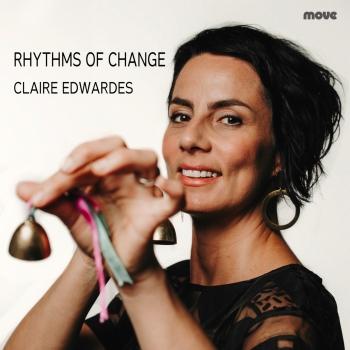 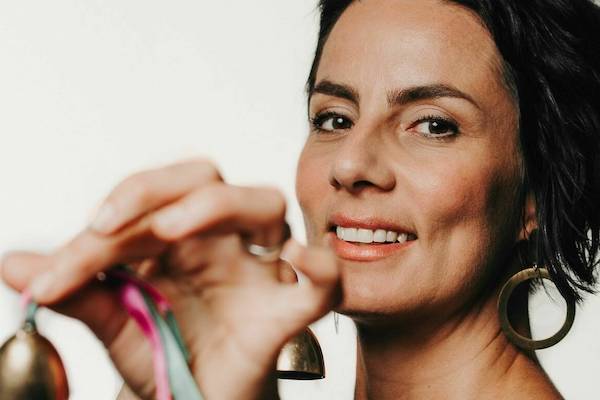 Claire Edwardes
From the set of Play School to the mainstage of the Sydney Opera House, internationally acclaimed powerhouse Claire Edwardes is ‘the sorceress of percussion’ (Canberra City News). The only Australian to win the 'APRA Art Music Award for Excellence by an Individual' three times and the most recent percussionist to win the Young Performers Award back in 1999, Claire leaps between her role as Artistic Director of Ensemble Offspring and concerto performances with all of the Australian orchestras.
With her roots grounded in the classical (learning piano from age 5), Claire has focused her career as a percussionist on the music of our time and is passionate about the wide dissemination of living new music to audiences of all ages. Collaboration is at the heart of her musical practice, having worked with many of Australia’s leading and emerging composers and performers to expand the percussion and chamber music repertoire. She has had over 50 new works written for her as a soloist and Ensemble Offspring have commissioned over 300 new works throughout their 25 years in the industry.
Her latest project Rhythms of Change presents new solo percussion repertoire by Australian female composers written for high school and tertiary percussionists to bring better gender equity to student programming. Claire is the Australian Keychange Ambassador as well as the Donne Women in Music Ambassador and as such has a strong focus on gender equity in all that she does. In recent years Claire has also had the opportunity to work closely with First Nations Composers through Ngarra-Burria: First Peoples Composers with Ensemble Offspring and is a staunch advocate for Australian First Nations musical voices.
Claire’s stellar career spans over 20 years of performing, commissioning, collaborating and championing new music both in Australia and Europe. From 1999-2006 while resident in the Netherlands, she developed a successful international career as a percussion soloist and versatile chamber musician. While there she undertook a Masters of Music at the Rotterdam and Amsterdam Conservatories, won the Tromp Percussion Competition (Utrecht), Llangollen International Instrumentalist (Wales) and Concertgebouw Vriendenkrans Prize (Amsterdam). She also founded her percussion group Duo Vertigo and collaborated with new music legends Ictus Ensemble, Slagwerk Den Haag as well as pianists Nicolas Hodges and Tomoko Mukaiyama and composers Harrison Birtwistle and Unsuk Chin.
Under Claire's leadership, her group Ensemble Offspring is now one of Australia’s most significant commissioners and exponents of new music and in recognition they were awarded a prestigious 2019 Sidney Myer Performing Arts Group Award. As a soloist and with Ensemble Offspring, Claire has performed at international festivals from Mona Foma Festival (Tasmania) and Gaudeamus Muziekweek (Utrecht) to Queensland Music Festival (Cooktown), Music on Main (Vancouver) and Shanghai New Music Week (China). Claire is endorsed by Adams Percussion and Vic Firth and is a member of the percussion department at the Sydney Conservatorium of Music. (450 words)
Please visit Repertoire Lists for a comprehensive list and audio and video links to the over 50 new works written in collaboration with Claire. Also check out this Australian percussion solo list recently collated for the Australian Music Centre, plus this important new list of percussion solo works by female composers.