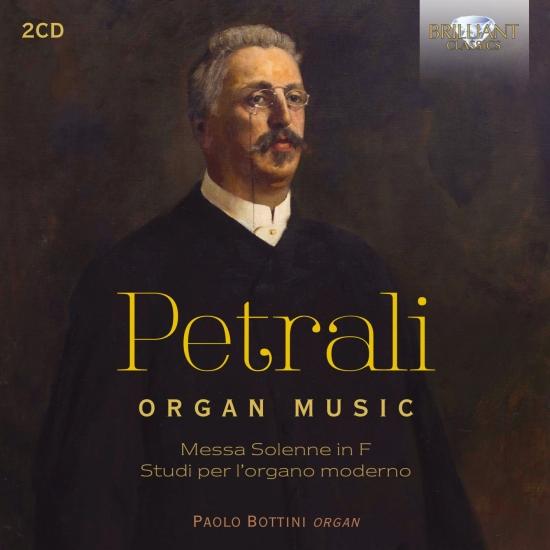 Vincenzo Petrali (1830-1889) was an organist-composer active in the north of Italy. Acclaimed in his own time as a master improviser, the equal in this regard to French contemporaries such as Guilmant and Widor, he left a small, beautifully crafted body of original work for ecclesiastical use, around a third of it presented on this new album. He wrote two organ Masses in the tradition of 17th-century Venetian school composers such as Merula and Merulo, in which each verse of the text and its associated Gregorian chant inspires an instrumental meditation: Paolo Bottini has recorded the lesser-known F major Mass, which includes an especially dramatic, march-like Sonata for the Offertory and an ebullient final Allegro festoso. language of his own time, drawing on both symphonic and operatic styles. However, he belonged to the Cecilian movement, exemplified by the sacred works of Mendelssohn, which sought to establish a new and distinctive idiom for church composition, which is heard to best effect in a quartet of Communion pieces at the end of album 1, which fully exploit the size and array of tone-colours available to him on the newly built instruments of the time.
In this spirit Petrali also composed 71 studies ‘for the modern organ’, collected in two volumes, and Paolo Bottini presents almost half of them on album 2. While composed with didactic purposes in mind, training pedal technique, introspection or melancholy but often rhythmic precision, sensitivity and imagination in handling different registers and stops and the like, the studies are delightful character pieces in their own right, not much given to surprisingly sunny in character.
Aside from the Gloria of the F major Organ Mass, there is almost no overlap between this new recording and the Brilliant Classics collection of Petrali’s organ music played by Marco Ruggeri (95160), making it an essential complement for organ buffs in possession of the previous volume, which won enthusiastic reviews: ‘Marco Ruggeri is an ideal interpreter here, completely simpatico with the varied requirements of this repertoire… [The album] sheds a welcome light on a little-known side-line of 19th-century Italian musical life.’ Fanfare, May 2016
Vincenzo Antonio Petrali (1830-1889) was an important musical figure of 19-th century Italy. He was a highly gifted organist, pianist, violinist, conductor, composer and teacher. A virtuoso organist and improviser he wrote a large number of organ works, specifically for use on the newly built Italian organs.
Petrali’s organ music is always characterized by great structural formality. His style evolved from a taste, in his early works, for orchestral-operatic elements, to music influenced by the reforms of the Cecilian movement, which sought to revive Gregorian chant in Catholic worship. The titles of many of his works link to the liturgy of the mass, but in reality these were concert pieces, in grand romantic style.
This new recording presents Petrali’s Messa Solenne for organ, as well as a selection of 34 Etudes for the Modern Organ.
Played on 3 historical Lingiardi organs, dating from the time of composition of the music, instruments with which the composers was well acquainted, by organist Paolo Bottini, who already successfully recorded CDs for Brilliant Classics with keyboard works by Pescetti and Valeri.
Paolo Bottini, organ 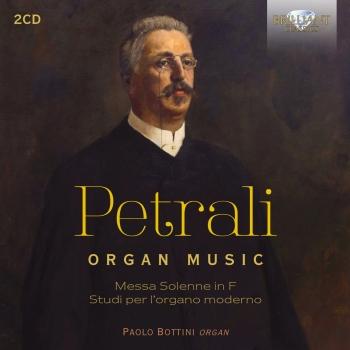 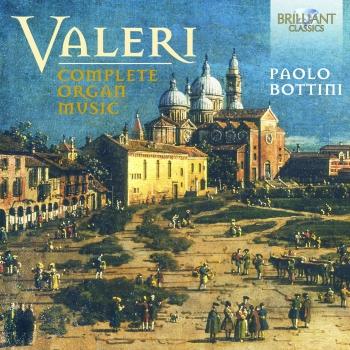 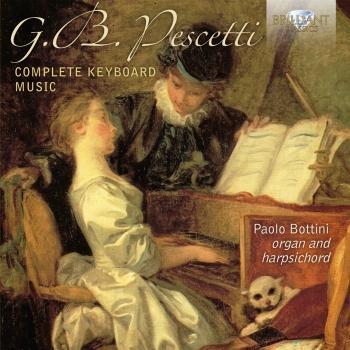 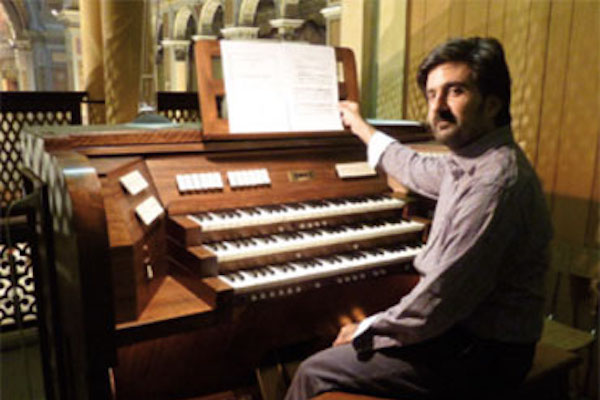 Paolo Bottini
born in Cremona where he studied organ, piano and harpsichord. He’s been member of Fidenza’s holy music commission since 2000. Since 1986 he is also responsible for Croce S. Spirito’s organ “Lingiardi” (1865) and he had been second supervisor of Cremona’s cathedral organ for more than twenty years. He appears on Paris’ “Carte Professionnelle d’Artiste Musicien de Cultes” where he lived and worked as liturgical organ player in 2012 and 2013. In Fidenza he invented and promoted the organ festival “Pasqua sugli Organi Diocesiani” (1997-2010).
In 2009 he released with “Bollettino Storico Cremonese” the first ever biography on organ player and maestro di capella Federico Caudana (1878-1963). In 1997 Bottini created and conducted for three years a radio show unique in his kind, dedicated to J.S. Bach sacred music.
He recorded for Bongiovanni (Petrali, Verdi), for MVCremona (Galanterie, Concertus Ecclesiae di F. Caudana) and for Fugatto (Cantico dei cantici, 1723 Camurana’s ‘Traeri’ organ).
Paolo Bottini gained international awards as organ performer (Borca di Cadore 1997, S. Elpidio a Mare 1998) and as liturgical composer (Chiesa Luterana di Napoli 2008, Versaille’s diocese 2012). From 1998 to 2011 Bottini has been secretary for “Associazione Italiana Organisti di Chiesa.