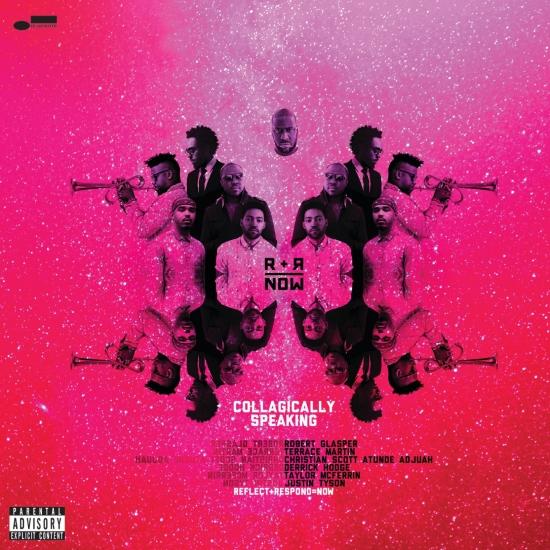 Dream team band R+R=NOW—featuring Robert Glasper on keyboards, Terrace Martin on synthesizer and vocoder, Christian Scott aTunde Adjuah on trumpet, Derrick Hodge on bass, Taylor McFerrin on synth and beatbox, and Justin Tyson on drums—will release their debut album Collagically Speaking (Blue Note) on June 15. The band’s DNA is evident in the song’s woozy soul with Martin's robo-coo floating like a hallucination over a lush scene rooted by Hodge’s warm bass and featuring a breezy Glasper piano solo that crests in a sudden burst from Tyson.
Okayplayer wrote that “R+R=NOW consists of some of the brightest and baddest musicians in the game today,” adding that the album’s first single “Change Of Tone” “finds R+R=NOW fluidly showcasing their individual sounds as a cohesive blend… expressing hope, love, confidence, and resiliency through their respective melodies.” Stereogum declared the song “a powerful introduction to the band, highlighting each members’ skill and spirit,” while Paste called it “a hybrid encompassing all of black music—hip-hop, R&B, jazz, soul, funk—with its layered instrumental laying out black excellence.”
In an era when every headline carries some new horror or fresh worry, we need music that can clap back with immediacy, skill, and heart. We need a band so at home in its skin that it can play without ego and lead with love—artists whose very existence attests to resilience and hope. We need R+R=NOW, a supergroup assembled by Glasper but functionally egalitarian, in no small part because its members are visionary players, composers, and producers on their own. This genre-mashing outfit moves as one and, as their name reveals, with great purpose.
“R+R stands for ‘Reflect’ and ‘Respond’,” says Glasper. The idea came to him via Nina Simone while he was coproducing Nina Revisited, a companion album to the 2015 film What Happened, Miss Simone? Facing backlash for her politics, Simone was asked, more or less, why she didn't just shut up and sing. Her answer: “an artist’s duty, as far as I’m concerned, is to reflect the times.” Glasper adds: “When you reflect what's going on in your time and respond to that, you can't not be relevant. So ‘R’ plus ‘R’ equals ‘NOW’.”
In that spirit, Collagically Speaking isn't some wonky thesis on the state of the nation. It’s a raw document that seamlessly adheres neo-soul to future-funk, West Coast jazz of the moment to astral electronica, instrumental hip-hop to musique concrète, avant-garde to classical—these are single-take songs, written live in the room, that go wherever this formidable crew's mood goes. Guest voices get caught in that mix as well: actors Omari Hardwick (Power) and Terry Crews (Brooklyn Nine-Nine, Expendables); actress Amanda Seales (Insecure); MCs Stalley and yasiin bey (f.k.a. Mos Def); and singers Amber Navran (of Moonchild) and Goapele. The themes that bind it all together are both spoken and inferred: romantic love, universal love, systemic bigotry, the women's movement, quiet power, wild creativity, personal loss and growth.
“Everyone in this band is a six-foot-tall black guy who didn't come from an affluent background,” says Scott. “In order for us all to make it into that room together, we've had to go through some hell, fight for some things, build up a lot of armor, and do a lot ourselves to forge our realities, to become who we are. We're all very aware of that, so anytime we get together, it's a celebration.”
Robert Glasper, keyboards
Terrace Martin, synthesizer, vocoder, saxophone
Christian Scott Stunde ad Juah, trumpet
Derrick Hodge, double bass
Taylor McFerrin, synthesizer, beatbox
Justin Tyson, drums
Terry Crews, spoken words
Amanda Seales, spoken words
Amber Navran, vocals 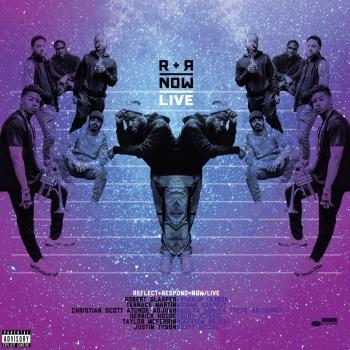 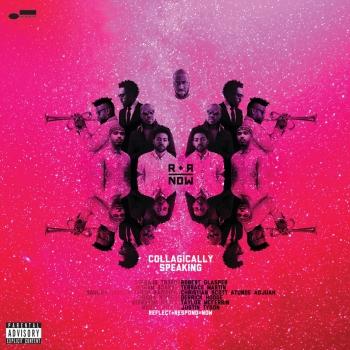 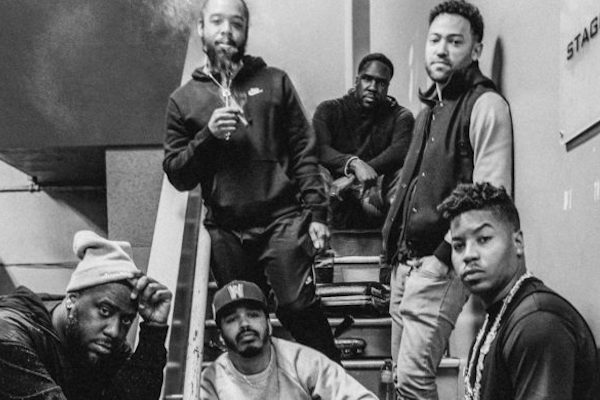 R+R=NOW & Robert Glasper
Robert Glasper. Terrace Martin. Christian Scott aTunde Adjuah. Derrick Hodge. Justin Tyson. Taylor McFerrin...this new project brings together the seminal voices of Robert Glasper's generation with a shared mission: to create music of and for its time. Robert Glasper is a game-changer. So are his friends. In 2018 you can hear what happens when the best of the best come together on one stage with one purpose.
In Robert's words “when you can respond to something, and you can reflect something – that's the essence of a moment; of now, and that's what all these cats do, just intuitively. It's why I love them, why they're who they are - and why we're called R+R=NOW”.
Inspired by Nina Simone's conviction that “an artist's job is to reflect the times”, Robert asks “how could we do anything else, right now?!” It is, then, as much his integrity as his artistry that compelled him to found this band at this time. R+R=NOW (Reflect + Respond =Now) is a collective of six of the most potent and outspoken artists of our generation, brought together by Robert Glasper to reflect a community that has built some of the definitive musical movements of the last decade, and respond to the socio-political moment we find ourselves in.
The individuals of R+R=now have long been the sonic secret behind high profile and prestigious releases and artists; from Snoop Dogg and Jill Scott to Herbie Hancock and Quincy Jones. They are collectively the vanguard of a new sound, influencing and infiltrating a stellar catalogue. Each musician in R+R=now is an underground icon. From Terrace Martin's mentorship by Dr Dre and his work on To Pimp A Butterfly, to Derrick Hodge's opening solo on Common's Be album and musical direction of Nas' Illimatic Orchestral tour. They are the musicians of our era.
Together they are at the edge of genre, each unmistakable voice creating unique spaces, sounds and revelry at every show. The hip-hop-head-nod is their anthem, but so too is a message: the beauty and brilliance of a jazz heritage that is as much Kendrick as it is Coltrane: “This is our story from our point of view. Everybody's sound is so different, but we all come from the same concrete garden. Its a very honest, fluid sound that rings of hip-hop, EDM, jazz, at times - hell - reggae... a bunch of cats that respect each other so much that we always pass the ball...” [Robert Glasper]
Long time collaborators and friends, individually acclaimed as pioneers, virtuosos and visionaries, they have united for a one-time tour to explore new horizons of perspective and of music; seeking new art and new truth.
On the frontline, Christian Scott aTunde Adjuah [trumpet] is a firebrand. An Afro-Native American chieftain, his sound is at once Trap and tribal, Jazz and Dancehall: a collision of ideas and identities, which is ever-challenging and ever-disruptive, and speaks to an innate human potential with every note. Alongside him, Terrace Martin [saxophone, vocoder, keys] is a hip-hop legend with a jazz soul. Regular producer for legends Quincy Jones and Herbie Hancock, Snoop Dogg, Wiz Khalifa and Top Dawg Entertainment (Kendrick Lamar and Schoolboy Q), as well as a close collaborator of YG. He is where musicality meets brotherhood: driven by the moniker to “find beauty in every problem” his sound is the triumph of art over hardship, love over hate.
In the rhythm section, Taylor McFerrin [keys and electronics] is a beatmaker, beatboxer, DJ, keyboardist and producer who traces a vintage flavour through a hip-hop lineage, playing with part-analogue, part electronic soundscapes. Justin Tyson [drums] combines the ghetto with the intellectual with his uncompromising, raw power and deeply philosophical approach, whilst Derrick Hodge [bass] is the heartbeat of this sonic landscape, laying an impossibly perfect groove at the root of it all. At the heart of this musical community, Robert Glasper [keys, rhodes] is revered and respected in equal measure by icons across era and genre: from Herbie and Stevie to Syd and Mos Def. Irrepressible and irreverent, hilarious and profound, Robert's touch – and his spirit - underpins a musical movement.