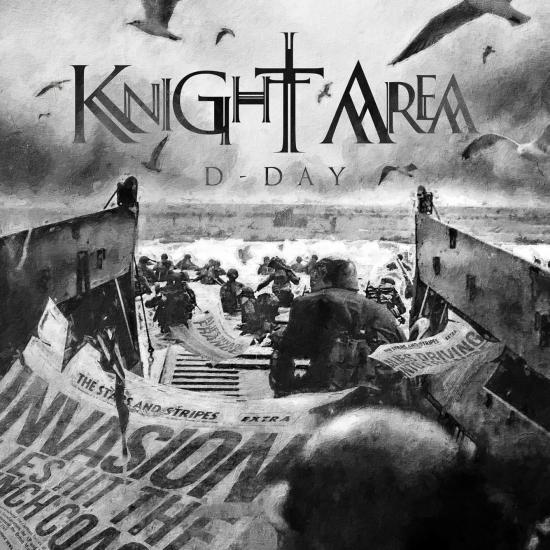 After their 6th album Knight Area felt a very strong urge to create an album with a deeper message within. The first single, ‘Blood On The Risers’ for example is dedicated to the American paratroopers of the 82nd and 101st Airborne Divisions, who made nightly parachute drops early on D-Day, June 6. In that respect is the whole a tribute to the fallen ones who fought for the freedom of Europe. The music blends orchestra and guitars perfectly together to create heavy symphonic rock that could easily be a soundtrack. Knight Area is an established musical entity in the world of symphonic and (neo-)progressive rock. They toured all over the world and recorded and mixed this new album with Joost van den Broek (Epica, Ayreon). The album features Robby Valentine on grand piano and is also an introduction to new singer Jan Willem Ketelaers (Ayreon). “To pass on the memory, to remind that today we live in peace, freedom and dignity because others gave their life for us.” (Knight Area)
Jan Willem Ketelaers (Ayreon), vocals
Gerben Klazinga, keyboards
Mark Bogert, guitars
Peter Vink, bass
Pieter van Hoorn, drums
Guests:
Robby Valentine, grand piano
The Dutch Luchtmacht Mannenkoor 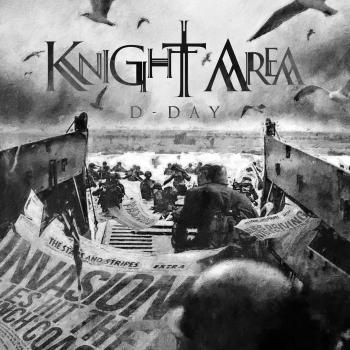 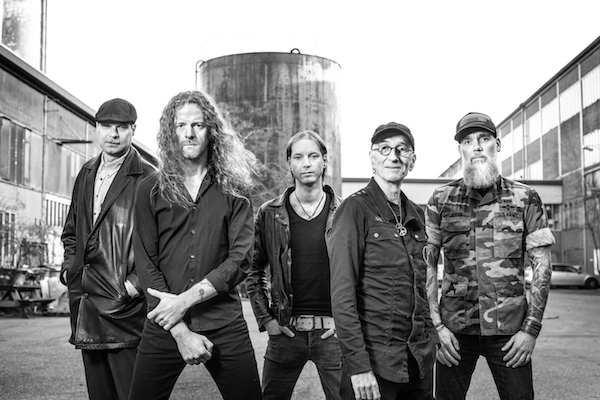 Knight Area
was founded in 2004 by Gerben Klazinga. That year he released the album ‘The Sun Also Rises’, for which he wrote all the music, and to which contributed numerous musicians. The album became a worldwide success and was followed by live performances in the United States (NEARfest) and other leading progressive rock venues in Europe.
The second album ‘Under A New Sign’ appeared in 2007. Also this album received excellent reviews both on national level and abroad. The promotional tour took the band again to the United States and European Festivals and venues.
In 2009, the concept album ‘Realm of Shadows’ was released. The live recording of the cd presentation appeared in 2010 as the double live album ‘Rising Signs From The Shadows’.
The fourth studio album ‘Nine Paths’ appeared one year later. The album was mixed and mastered by the famous Neil Kernon and Alan Douchess respectively. Delain lead singer Charlotte Wessels contributed to the album. Knight Area promoted also this album by doing a short tour in the USA.
In 2012 Mark Bogert joined the band, followed by Peter Vink (ex Q65, Finch, Ayreon) in the beginning of 2013. With these newcomers the band received a heavier, fuller sound, which can be clearly heard on the EP ‘Between Two Steps’ which was released in September 2013.
On October 14, 2014 the band released the fifth album “Hyperdrive”. The album has been mixed by Joost van den Broek (After Forever, Ayreon, Star One among others). Arjen Anthony Lucassen (Ayreon, Star One) contributed to the album by playing guitar on one track.
In April 2015 the band for the first time played in Poland as support for Arena (UK). The concert in Katowice on April 9the is recorded by Metal Mind Productions and released on dvd in September 2015.
In 2016 the band finishes recording the sixth studio album “Heaven and Beyond”. This album is released in February 2017 on cd and on vinyl.
In 2018 Mark Smit and Knight Area separate ways and Jan Willem Ketelaers is his successor as the lead singer of Knight Area.
In 2019 Knight Area will be recording a new album, the album’s theme is D-Day.
Style of Music: Knight Area plays rock music, with roots in symphonic and neo-progressive rock. The music blends a variety of styles using very melodic keyboards and guitars and the dynamic songs vary from ballads to more rock and metal kind of music. A short introduction video can be found on YouTube.