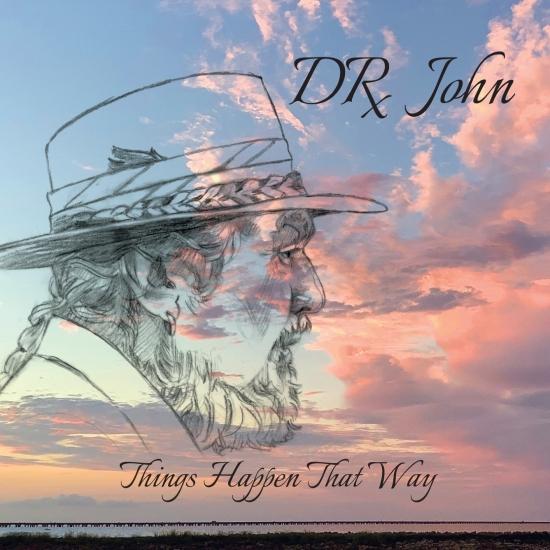 Info for Things Happen That Way

Throughout his six-decade long career, Dr. John embodied a near-mythic multitude of musical identities: Global Ambassador of New Orleans Funk, Jazz, and R&B, visionary bluesman, rock n' roll innovator, and a massively revered high priest of psychedelic voodoo. Things Happen That Way, his final studio album, adds another dimension to his musicality: a lifelong affinity for Country & Western. It's a glorious farewell from one of the most essential figures in music history.
Malcolm “Mac” Rebennack, Jr. was making the album, and thereby fulfilling a longtime ambition to make a country and western record, when he died of a heart attack in 2019. The album was seen to completion by his eldest daughter, and executrix of his estate, Karla Pratt.
“Though it’s very sad that my father isn’t here to see this project that meant so much to him finally be out in the world, I take great comfort in knowing that we fulfilled his long-held wishes,” says Pratt. “During his lifetime he frequently stated his desire to record this album with his dear, lifelong friend Willie Nelson and Willie’s son Lukas Nelson as treasured guest artists – he felt having two generations would be very special, spanning past and future.
“Though he didn’t get to work with Lukas during his lifetime, I’m very happy to know we were able to make that happen,” she continues. “Another lifelong friend, Aaron Neville, lends the instantly recognizable, beautiful voice he always admired. We’re so grateful to the many musicians who contributed to this album, and I’m confident that Dad would be very proud of the final result.”
Hank Shteamer, reviewing the record in the New York Times, writes: “The New Orleans piano man who embodied the musical mélange of his hometown had the kind of drawly, lived-in voice that only improved with age. So Things Happen That Way – Dr. John’s final album, recorded the year he died, 2019 – captures him in peak form.”
In Rolling Stone, Jonathan Bernstein adds: “With unusually vulnerable performances of classics like ‘I’m So Lonesome I Could Cry’ and ‘Funny How Time Slips Away,’ Things Happen That Way is the realization of the singer’s long-held dream of crafting a country-inspired album.”
Sharon O’Connell in Uncut calls the album “a richly resonant farewell from a maverick veteran,” while Keith Spera, in the Times-Picayune says: “As far as farewells go, it is at times bittersweet, at times triumphant, with enough nuance to convey that it came in the twilight of Rebennack’s remarkable life and career.”
"Things Happen That Way is Dr. John's (Mac Rebennack) last album, recorded during his final months. Suffering from the severe heart disease that would take his life, he finished it -- with a lot of help from his friends -- shortly before his passing. The set was co-produced with guitarist Shane Theriot, who claims with credibility that it received Rebennack's seal of approval upon completion. This is an uncharacteristically intimate Dr. John offering, full of vulnerability, reverie, humor, and a nostalgic longing for the country music he listened to and loved as a kid, hanging around his dad's record store. It also includes some of his last originals. The core band on most of this comprises Theriot, bassist Will Lee, keyboardists Jon Cleary and David Torkanowsky, and drummer/percussionist Carlo Nuccio.
Several of these tunes are country & western standards presented in the timeless NOLA vernacular Rebennack promulgated across the globe. The opener is a bluesy read of Willie Nelson's "Funny How Time Slips Away." Rebennack delivers the first verse accompanied by Cleary's piano before the band and backing chorus enter, ratcheting it up to party mode. A sinister, choogling electric guitar and drum shuffle introduce a dark, prophetic cover of Hank Williams' "Ramblin' Man," its drama revealed in the singer's deeply weathered voice. A few tracks later, he delivers a deeply moving cover of Williams' immortal "I'm So Lonesome I Could Cry," singing in a raggedly expressive vocal as if comparing the song's sentiment with much of his own history. "Gimme That Old Time Religion" is rollicking, stomping country-gospel given a woolly treatment by the band as Willie Nelson and Katie Pruitt assist on vocals to fine effect -- the tonal and textural contrasts between these three voices is striking. There's a hip cover of the Traveling Wilburys' "End of the Line" with soulful duet and backing vocals from Aaron Neville and Pruitt rolling atop sultry horns and a funky B-3. The original "Holy Water" is a National Steel-driven blues; its lyrics recount Rebennack's '60s-era drug conviction and jail sentence. Pruitt's support vocal adds emotional heft to his testimony. Dr. John's "Sleeping Dogs Best Left Alone," with its fingerpopping horns, recalls the spirit of his albums with the Lower 911. Likewise, "Give Myself a Good Talkin' To" offers funky, swinging piano vamps leading the rhythm section and Rebennack's trademark wiseacre vocals in poignant self-assessment. The set closes with "Guess Things Happen That Way." Penned by Cowboy Jack Clement for Johnny Cash, it's presented as a bittersweet, country love song with gospel trappings. As Rebennack's emotion-wracked voice quavers and cracks across the lyrics, the band enfolds and buoys him.
The only out of place tune on Things Happen That Way is, weirdly, the remake of "I Walk on Guilded Splinters," with Dr. John backed by Lucas Nelson & Promise of the Real. It's well done, but it's impossible to improve on the original's spooky perfection. All told, this a fitting, heartfelt, and bittersweet sign-off from an American treasure, and one fans will return to." (Thom Jurek, ANG)
Dr. John 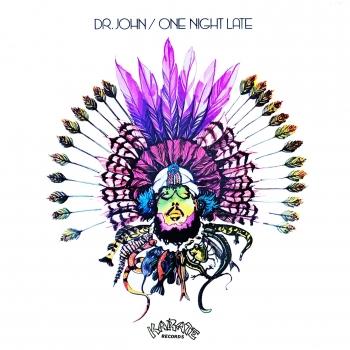 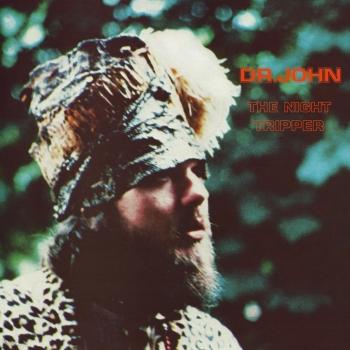 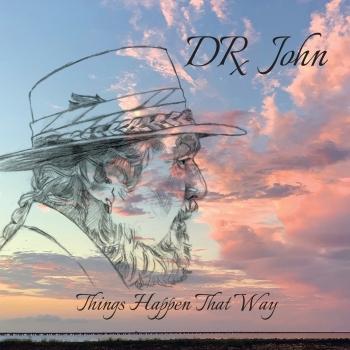