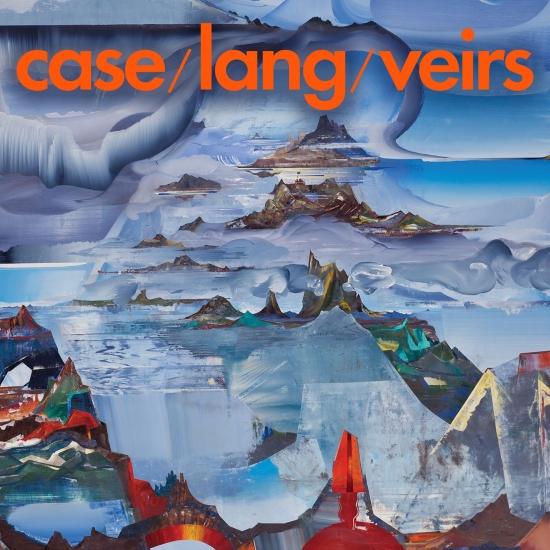 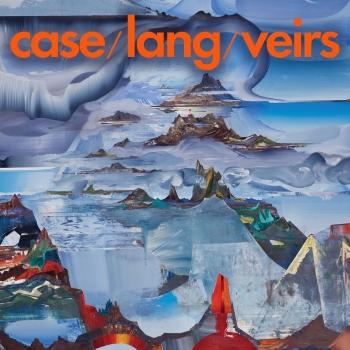 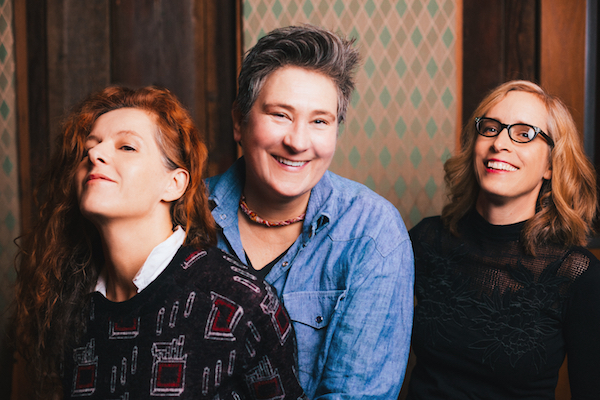 case/lang/veirs
Several years ago on a whim, k.d. lang sent an email to Neko Case and Laura Veirs that said, “I think we should make a record together.” The three musicians were very different and barely more than acquaintances--but they liked and admired each other, and it instantly felt right. “She lit the flare,” says Case. “She shot it into the air and we said, ‘Let's do this.’ Laura and I both responded immediately. There was no question.”
The result is case/lang/veirs, a true collaboration between three phenomenal, self-driven artists: avant-rock icon Case, legendary musical nomad lang, and indie folk star Veirs. The women wrote all 14 songs and shared lead vocals equally, sometimes even within the same track. Full of stunning harmonies and spellbinding rhythms, case/lang/veirs travels through aches and eras, torch songs and tributes to the undersung.
They worked over two and a half years in Portland, Oregon, where lang and Veirs both live, sometimes in lang’s loft with a view of Mount St. Helens, others in Veirs’ dining room or backyard studio. The album was written from the ground up without any real plan beyond a desire to make music together and a faith that it would reveal itself. “I just wanted to do something different, something fun,” says lang, who started the initial writing with Veirs. “We grappled with how to proceed in the beginning, because we thought scheduling with Neko, who lives in Vermont and is always on the road, would make it hard to get enough good songs written. We thought, should we do a cover record? But we all felt the strongest thing to do would be to try to write, so we persevered. Laura is such a prolific writer, so she really drove the songwriting, and it came together.” They produced the album with Tucker Martine, at his Portland studio in November 2015.
“At first we thought what can we possibly write about, we don't even know each other,” says Veirs. “There were no themes. So k.d. and I were having trouble writing and went on a walk. We saw this firework stand and we started looking at the names of the different fireworks, and one of them was called ‘Delirium.’ We were like, ‘that's a good song title,’ and we started building.”
From there, Case joined for extended sessions, solidifying a process and dynamic that brought the album to life. “She came in and, of course, Neko has a way of making everything great,” says lang. “She can even use one word to totally transform a song,” adds Veirs. “We were writing things like ‘the walls are falling in,’ you know, trying to find a way of saying this person is in a delirious state. She said ‘kaleidoscoping in,’ and I was like, that's it. One word and the chorus went from cliché to magical. As for k.d., she’s a living legend and an amazing editor. It was working with someone who is thinking in ways that I have never thought or been able to see. It was just so fun just to see that happen and to feel like, yeah, it's better with other people. That was a revelation for me, because I've been such a solo artist for so many years. I’m so grateful.”
“I have such admiration for both of them,” says Case. “k.d. is on the superstar spectrum, and Laura is fully independent. It's a cool thing to bring those things together and see what people do. For me it was about just letting myself shut off and follow the melodies. They're both really talented at coming up with melodies, which are the hardest for me. It was like, ‘Oh. This is like giving me my own bumper car. Thank you.’”
And the final product is a true sum of its formidable parts. “You know how all the famous live records aren't actually live, there's overdubs on everything, or some things are recorded in the studio and they add crowd noises,” says Case. “People, when they make collaboration records, often don't write the songs together. They bring the songs in. We wanted to make this a real collaboration.”
“The combination of spirits, the combination of artistry, is very unique, because we have definite similarities, but we are very, very different, and it creates a really interesting thing,” says lang. “It's a truly collaborative record where our individual essences are firmly in place.”