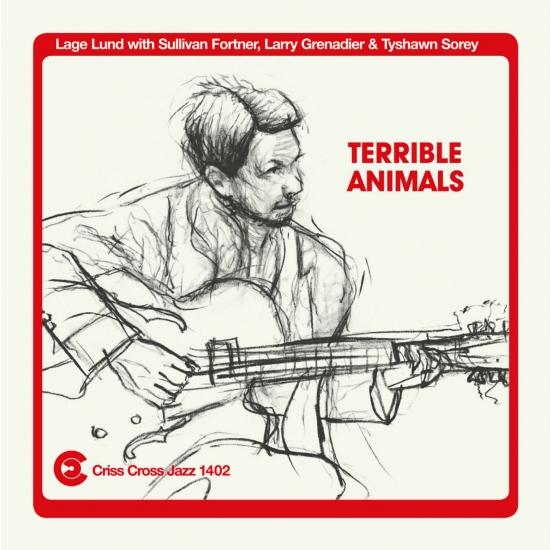 Terrible Animals is perhaps the most compositionally ambitious and daringly performed of Lage Lund's five albums on Criss Cross.
Joined by a never-before-convened, top-of-the-pyramid rhythm section (Sullivan Fortner, piano; Larry Grenadier, bass; Tyshawn Sorey, drums) the 39-year-old presents ten far-flung originals that elicit the full measure of their creativity over the 68-minute program, spurring Lund -- who makes ingenious use of effects within his flow -- to some of his most dynamic and varied playing on record.
"Lund is building a memorable discography, with the release of Terrible Animals he has added a creatively and harmonically rich listen. A must add to any modern collection." (Elberton Cisnero, 5fingerreview.com)
Lage Lund, guitar, effects
Sullivan Fortner, piano
Larry Grenadier, bass
Tyshawn Sorey, drums 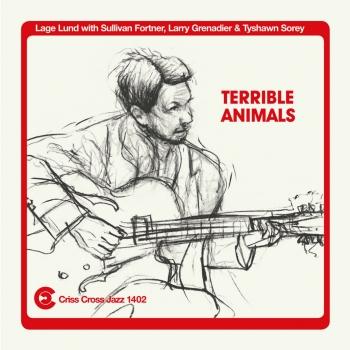 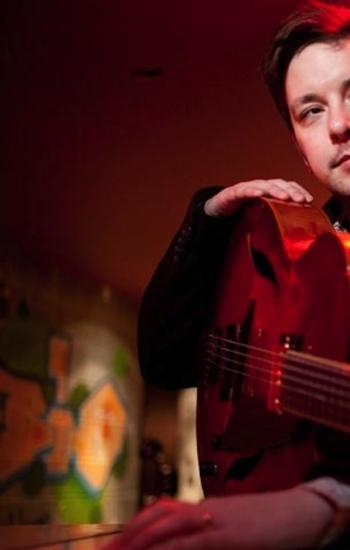 Lage Lund
is acclaimed not only as one of the finest guitarists of his generation, but also one of the most compelling jazz artists in the world today. A regular in the “Rising star – Guitar” category in the Downbeat Critic’s Poll, he has been hailed by Pat Metheny as a favorite young guitarist, and is “all music and all soul” according to Russell Malone - one of the judges who awarded Lund top prize in the 2005 Thelonious Monk International Jazz Competition.
Armed with a mastery of the standard repertoire and a growing and impressive body of original compositions, Lund swings with great authority, displaying a staggering harmonic sophistication and a singularly fluid voice as a soloist. He also brings a “casually magnetic” presence to the stage, “channeling reticence into a whisper-quiet mystique” (New York Times).
Born and raised in Norway, Lund relocated to Boston after high school on a scholarship to Berklee College of Music. In 2002 he moved to New York and soon became the first electric guitarist ever to enroll at the Juilliard School of Music. In the years since his Monk Competition victory, he has become a sought-after sideman with the David Sanchez Quartet, the Maria Schneider Orchestra, the Mingus Orchestra and many more. He has been fortunate enough to work with elder statesmen and peers alike: Ron Carter, Mulgrew Miller, Danilo Perez,Wynton Marsalis, FLY, Marcus Strickland, Will Vinson, Aaron Parks, Kendrick Scott, and Carmen Lundy among others.
With four releases on the Criss Cross label including Unlikely Stories - a vibrant set of original tunes with a superb supporting cast. 2015 brings Idlewild - the third record featuring bassist Ben Street and drummer Bill Stewart but the first in a trio setting. The results are stellar as Lund continues to refine his artistry, bringing tonal clarity and an unerring sense of proportion to music.
Also on released in 2015 is the OWL Trio – Arts and Letters EP, a follow up to their critically acclaimed eponymous debut (selected as one of iTunes US “best of 2013”) as well as Maria Schneider Orchestras highly celebrated Thompson Fields – the title track being a feature for Lund.