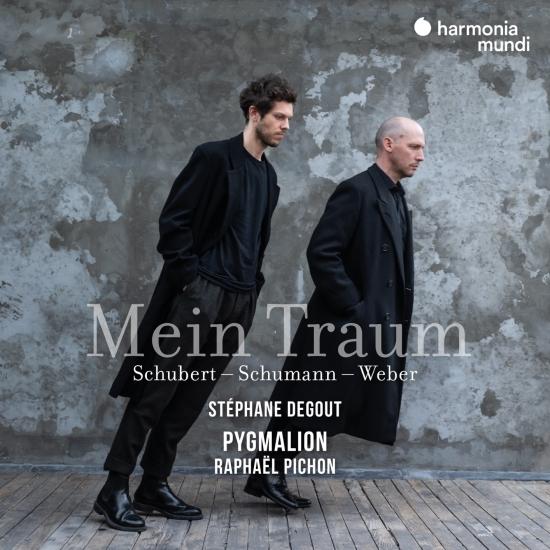 One morning in 1822, Schubert wrote down an enigmatic text in which all his ghosts seem to take shape: wandering, solitude, consolation, disappointed love. Inspired by this dreamlike narrative, Raphaël Pichon, Pygmalion and Stéphane Degout have devised a vast Romantic fresco, combining resurrection of unknown treasures with rediscovery of established masterpieces.
The French conductor Raphaël Pichon, who enjoys an excellent reputation far beyond France's borders, is venturing further and further out of his core repertoire, baroque music. He is no longer afraid to explore the realms of Romanticism with his ensemble Pygmalion, which he founded in 2006 while still a student at the Paris Conservatory.
Stephane Degout, baritone
Sabine Devieilhe, soprano
Judith Fa, soprano
Pygmalion
Raphael Pichon, conductor 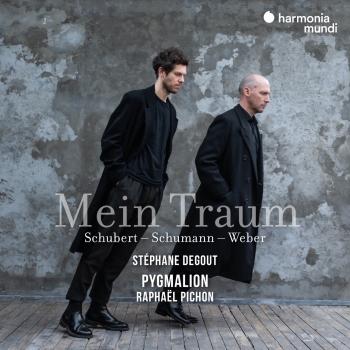 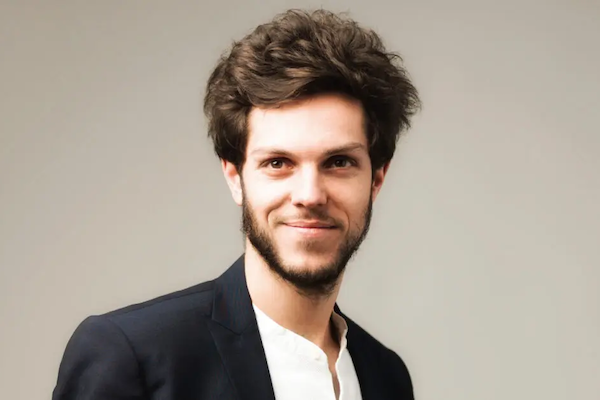 Raphaël Pichon
began his musical training through singing, the violin and the piano at the Parisian conservatories (CNSMDP, CRR). As a young countertenor he sang under the direction of Jordi Savall, Gustav Leonhardt, Ton Koopman, and Geoffroy Jourdain with whom he performed contemporary works.
In 2006 he founded Pygmalion, a choir and a period-instrument orchestra which quickly distinguished itself by the singularity of its projects. Bach's Missae Breves, the late versions of Rameau's tragédies lyriques, the perspective of Mozart's rarities are all projects that underpin Pygmalion's identity. Through a work centred on the fusion between choir and orchestra, but also through a dramaturgical approach in the performance of the concert, Pygmalion's various achievements are quickly unanimously acclaimed in France and abroad. Alongside his ensemble, Raphaël Pichon has performed at the Philharmonie de Paris, the Château de Versailles, the BBC Proms, the Bozar Bruxelles, the Wiener Konzerthaus, the Kölner Philharmonie, the Palau de la Musica Catalana of Barcelona, the French May in Hong-Kong and the Beijing Music Festival. On the opera stage, Raphaël Pichon conducts various productions at the Opéra-Comique in Paris, at the Festival lyrique d'Aix-en-Provence, the Bolshoi in Moscow, the Amsterdam Opera and the Opéra national de Bordeaux. He collaborates with directors such as Romeo Castellucci, Katie Mitchell, Simon McBurney, Michel Fau, Pierre Audi, Aurélien Bory and Jetske Mijnssen.
Among the most relevant projects of these last years, we can focus on his debut at the festival d’Aix-en-Provence with Trauernacht a creation based on Bach’s music in a Katie Mitchell’s original staging (2014), the rediscovery of the Luigi Rossi’s Orfeo (Opéra national de Lorraine, Opéra de Versailles, 2016), the ambitious spatialization in the Monteverdi’s Vespro della Beata Virgine (Holland Festival, BBC Proms, Chapelle Royale de Versailles, Bachfest Leipzig, 2017). After a cycle of cantatas at the Philharmonie de Paris, Raphaël Pichon returns to Bach for the 2018-2019 season with the complete Motets and the Mass in B. Invited to the Festival d'Aix-en-Provence in 2018 to conduct Die Zauberflöte directed by Simon McBurney, he came back to Aix-en Provence in 2019 for a scenic creation of Mozart's Requiem staged by Romeo Castellucci.
As guest conductor, he made his Salzburg Festival debut in 2018 with the Mozarteum Orchester, at the Berlin Philharmonic with the Deutsches Symfonie-Orchester, and was invited to conduct the Lausanne Chamber Orchestra, the Scintilla of the Zurich Opera and the Violons du Roy in Québec.
During the 2019-2020 season, Raphaël Pichon will conduct a new production of Cavalli's Ercole Amante at the Opéra-omique, he will make his newYork debut for Monteverdi's Vespers directed by Pierre Audi and will return to the Salzburg Festival and the Berlin Philharmonic. He will also conduct numerous concerts dedicated to Praetorius or Mendelssohn as the new artistic director of the Mysteria PAschalia Festival in Krakow.
His many recordings now appear exclusively on Harmonia Mundi, the latest of which are the imaginary opera Enfers with the baritone Stéphane Degout (2018) and a unique project based on the origins of Mozart/Da Ponte trilogy, with Sabine Devieilhe. His entire discography has been unanimously acclaimed in France and abroad.
Pygmalion
a choir and orchestra on period instruments founded in 2006 by Raphaël Pichon, explores the filiations that link Bach to Mendelssohn, Schütz to Brahms or Rameau to Gluck and Berlioz.
Alongside the great works of the repertoire whose approach he reinterprets (Bach's Passions, Rameau's lyrical tragedies, Mozart's Great Mass in C minor, Mendelssohn's Elias, Monteverdi's Vespers), Pygmalion strives to built original programs that highlight the links between the works while regaining the spirit of their creation: Mozart & The Weber Sisters, Mirand with music by Purcell, Stravaganza d'Amore! - which evokes the birth of the opera at the Medici court, Enfers with Stéphane Degout, the cycle Bach en 7 paroles at the Philharmonie de Paris, or Libertà! - which retraces the beginnings of Mozart's dramma giocoso.
For his lyrical works, Pygmalion collaborates with directors such as Romeo Castellucci, Katie Mitchell, Aurélien Bory, Simon McBurney, Jetske Mijnssen, Pierre Audi and Michel Fau.
In residence at the Opéra national de Bordeaux, Pygmalion regularly performs on the most prestigious French stages (Philharmonie de Paris, Opéra royal de Versailles, Opéra-Comique, Aix-en-Provence, Beaune, Toulouse, Saint-Denis, Royaumont, Nancy, Montpellier etc.) and international (Köln, Frankfurt, Essen, Vienna, Amsterdam, Beijing, Hong Kong, Barcelona, Brussels etc.).
Pygmalion has been recording for Harmonia Mundi since 2014. His discography has been distinguished in France and abroad: Classica's Choc, Gramophone Award, Preis der Schallplattenkritik etc.
Pygmalion is in residence at the Opéra national de Bordeaux. It is supported by the Direction Régional dans Affaires Culturelles of Nouvelle-Aquitaine. It is associated ensemble to the Opéra-Comique (2019-2022). It receives the support of Mécénat Musical Société Générale. Pygmalion is also in residence at the Singer-Polignac Foundation.