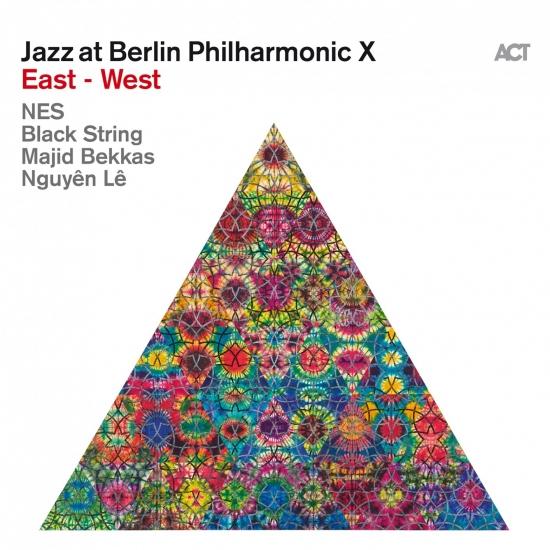 ‘East meets West’ was the central theme in the life of Nesuhi Ertegün (1917-1989). He grew up as the son of the Turkish Ambassador in Washington, and Nesuhi himself was to become an ambassador too: one of the most important producers and advocates that jazz has ever had. On the 30th anniversary of his death, Jazz at Berlin Philharmonic curator Siggi Loch dedicated an evening to commemorating this friend and mentor who had been like a father to him. For Nesuhi, jazz had no borders; this concert was a posthumous validation of the far-sightedness of that vision.
On the cultural world map, East-West today is synonymous with the tense relationship between Europe and Asia, between Occident and Orient. From the Renaissance to the present day, there have been repeated waves of enthusiasm for Eastern culture in the West. And for the hundred years or so that jazz has existed, it too has always tended to absorb elements from other cultures into its stylistic vocabulary. Conversely, artists from Eastern cultures have embraced jazz, fused it with their own traditions, revealing new and fascinating expressive possibilities.
Black String, the South Korean quartet led by geomungo player Yoon Jeong Heo, takes a 1500-year old Korean musical tradition and brings it into the modern era and into jazz in way which is totally compelling artistically. NES Trio with charismatic singer/cellist Nesrine Belmokh has a distinctive sound drawn from the musical melting pot of the Mediterranean region. A special guest is the Moroccan oud and guembri player Majid Bekkas, who has often brought the Gnawa blues of his homeland into projects ranging from “folklore imaginaire” to avant-garde jazz. And providing the perfect East-West link is French-Vietnamese guitarist Nguyên Lê, whose go-between role combining the worlds of jazz, rock and Asian folk music has been pioneering. Together they celebrate a meeting of East and West. Nesui Ertegün would have been overjoyed.
Majid Bekkas, guembri & vocals
Nguyên Lê, e-guitar
NES:
Nesrine Belmokh, vocals & cello
Matthieu Saglio, cello & vocals
David Gadea, percussion
Black String:
Yoon Jeong Heo, Geomungo
Jean Oh, e-guitar
Aram Lee, daegeum & yanggeum
Min Wang Hwang, ajaeng & janggu 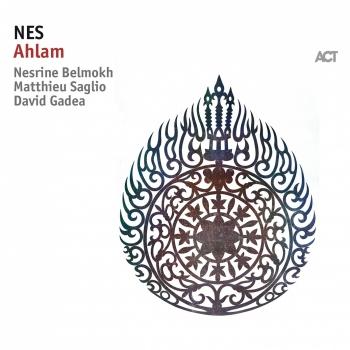 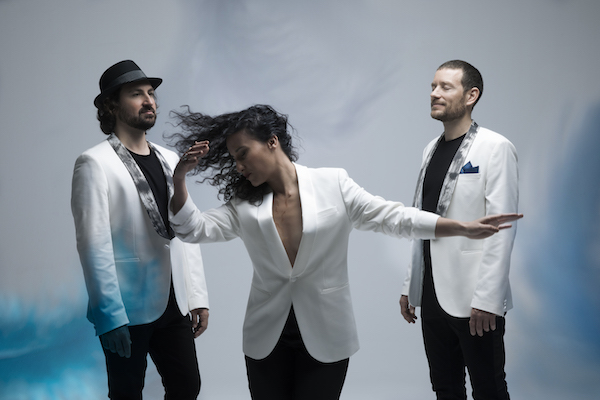 NES
Voice, energy and communion between three musicians : this is the alchemy that gives NES its particular taste. First of all NES is the golden voice of Nesrine Belmokh. This French-Algerian cello player and singer makes a game of different styles and languages, singing both in French, English and Arabic. Nesrine switches without any effort from blues to jazz, from soul music to French chanson. With a presence and a power of seduction out of range, she blurs any frontier out, to walk in total liberty through lands of emotions.
Explosive, languid, spiritual or melancholic, the young singer explores with her lyrics her research of identity, the feeling of love or the mere looking for happiness. Her meeting with the musical universe of the French cello player Matthieu Saglio gave birth to heart-taking songs, enhanced with the multiple colours of David Gadea’s drums.
Nesrine Belmokh
At the age of six, Nesrine Belmokh was already singing and playing the mandolin. Since then she hasn’t stopped carrying out many artistic lives. As a virtuoso cello player her career stands out in the world of classical music. She was selected by the grand Lorin Maazel to take part with the Valencian Orquesta de la Ópera Reina Sofía. In 2015 she joined the West Eastern Divan Orquestra from Daniel Barenboim, with whom she plays on an intensive international tour. On the same year she participates in the show of Amaluna del Circo del Sol as a protagonist. NES is her very personal project.
Matthieu Saglio
got famous as a first level cello player with an atypical and very personalised profile. Over the course of multiple projects and making his cello vibrating like no one else, Matthieu has been opening amazing new ways for his instrument, venturing into flamenco, jazz, Arabic-Andalusian music, African music, etc. In his multiple projects, where he usually also is composer, he has given concerts in more than 30 different countries. Enriched by this diversity, Matthieu offers the musical compositions of NES a unique and unclassifiable expression.
David Gadea
Ineluctable drummer of the Valencia scene, David Gadea has offered his percussions to internationally famous artists like Sole Giménez, Ximo Tébar, Manu Tenorio, Josemi Carmona, Thaïs Morell, etc. This collaboration with such a variety of bands brought him to play in many foreign countries around the world and to take part in countless recordings. David’ style is to be noticed straight away, due to the peculiar diversity of the colourful palette of his sounds. This finesse, combined with his communicative force, allows him to create a style of great richness.