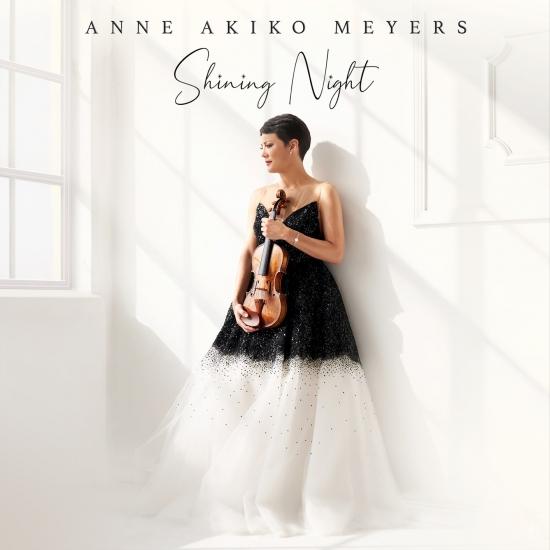 Shining Night is an exquisite album, expertly curated by leading violinist Anne Akiko Meyers, featuring new music and old music in new guises, embracing themes of love, poetry and nature, spanning the Baroque era to the present day.
Anne Akiko Meyers has amassed a multitude of fans and admirers for her exquisitely curated recordings, often exploring her passion for new music, and old music in new guises. Her quest for creative collaborations has inspired countless commissions and world-premieres, with the results infusing Shining Night, an album that embraces themes of love, poetry and nature. Anne's fruitful association with composer Morten Lauridsen led to the arrangement of his popular choral work Sure on this Shining Night, for violin and piano, lending its name to the album's title. From there springs forth an album imbued with music of light and hope, spanning the history of music through Baroque, Romantic, Popular, and current genres.
J.S. Bach's beautiful Air in G and Corelli's colourful La Folia arranged for violin and guitar rub shoulders with Latin-tinged Estrellita (Little Star) by Manuel Ponce, the Aria from Villa-Lobos' Bachianas Brasileiras No. 5, and Piazzolla's Histoire du Tango. Two of the 20th century's most iconic songs appear in intimate and tender new arrangements: Duke Ellington's (In My) Solitude, and Can't Help Falling in Love, famously crooned by The King of Rock and Roll, Elvis Presley.
“It all started when I asked Morten Lauridsen if he had written any duos, and led to these arrangements, Sure on This Shining Night and Dirait-On. Shining Night is based on a poem by James Agee and describes a man going on a walk and thinking back over his life. That inspired this collection of pieces that metaphorically begins in the morning and explores the vast musical history through Baroque, Romantic, Popular, and current genres. The common themes throughout the music reflect on one’s relationship with nature, love, and poetry. And how in dark and challenging times, kindness profoundly affects our souls and opens infinite possibilities when living our lives. This is dedicated to all the duos in the universe, including my Jason.” (Anne Akiko Meyers)
Anne Akiko Meyers, violin
Jason Vieaux, classical guitar
Fabio Bidini, piano 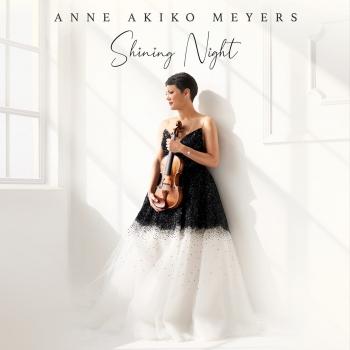 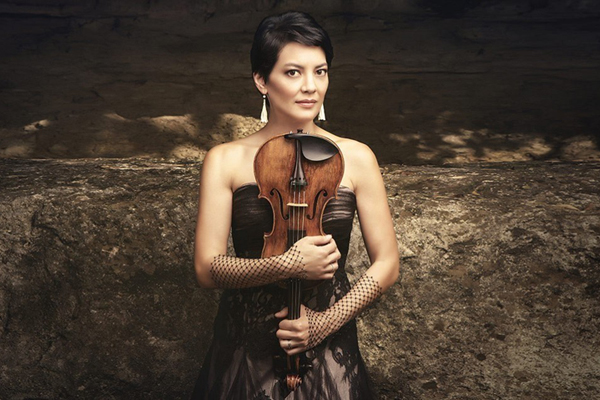 Anne Akiko Meyers
has enraptured audiences around the world with her exquisite artistry for decades. Regularly performing on leading stages, Anne has collaborated with many of today’s most important composers, conductors, and instrumentalists, resulting in significant new works for the violin and 40 recordings, many of them debuting at #1 on the Billboard charts, and becoming staples of classical music radio stations and streaming platforms.
In 2021, Anne performed the globally acclaimed world premiere of Fandango, Arturo Márquez’s mariachi-inspired concerto, with Gustavo Dudamel and the Los Angeles Philharmonic at the Hollywood Bowl and with Giancarlo Guerrero and the Seattle Symphony. This fall, Anne rejoins Maestro Dudamel and the Los Angeles Philharmonic for additional performances of Fandango at Carnegie Hall, Walt Disney Concert Hall and brings the work to many additional cities around the country.
Also in 2022, Anne performs the world premiere of Michael Daugherty’s Blue Electra about American icon, Amelia Earhart, with Gianandrea Noseda and the National Symphony Orchestra at the Kennedy Center.
Anne has premiered new music with the symphony orchestras of Chicago, Dallas, Detroit, Los Angeles, Nashville, Phoenix, Pittsburgh, San Diego, Seattle, Washington D.C., Helsinki, Hyogo, Leipzig, London, Lyon, and New Zealand, among others. She has worked closely with Arvo Pärt (Estonian Lullaby), Einojuhani Rautavaara (Fantasia, his final complete work), John Corigliano (cadenzas for the Beethoven Violin Concerto; Lullaby for Natalie), Arturo Márquez, Michael Daugherty, Mason Bates and Adam Schoenberg (violin concertos), Jakub Ciupiński, Jennifer Higdon, Samuel Jones, Morten Lauridsen, Wynton Marsalis, Akira Miyoshi, Gene Pritsker, Somei Satoh, and Joseph Schwantner.
Anne is highly acclaimed as a television and recording artist, starting with two nationally televised appearances on The Tonight Show with Johnny Carson and Evening At Pops with John Williams in the 1980s. She was the top-selling traditional classical instrumental soloist of the year in 2014 and the only classical artist for NPR’s 100 best song list in 2017. John Williams personally chose Anne to perform Schindler’s List for a Great Performances PBS telecast and Arvo Pärt invited her to perform at the opening ceremony concerts of his new centre and concert hall in Estonia. Meyers premiered Samuel Jones’s Violin Concerto with the All-Star Orchestra led by Gerard Schwarz in a nationwide PBS broadcast special and a Naxos DVD release. Her recording of Somei Satoh’s Birds in Warped Time II was used by architect Michael Arad for his award-winning design submission which today has become The World Trade Center Memorial in lower Manhattan.
This May, Avie Records releases Shining Night with world premieres and new arrangements by J.S. Bach, Brouwer, Corelli, Ellington, Piazzolla, Ponce, and Lauridsen, with pianist Fabio Bidini and guitarist Jason Vieaux. Anne also performs and records J.S. Bach and Lauridsen works with Grant Gershon and the Los Angeles Master Chorale.
Outside of traditional classical, Anne has collaborated with a diverse array of artists including jazz icons Chris Botti and Wynton Marsalis; avant-garde musician, Ryuichi Sakamoto; electronic music pioneer, Isao Tomita; pop-era act, Il Divo; and singer, Michael Bolton. She performed the national anthem in front of 42,000 fans at T-Mobile Park in Seattle and at Dodger Stadium. She has been featured in profiles or performances on CBS Sunday Morning, Countdown with Keith Olbermann (in a segment that was the third most popular story of that year), CBS’s “The Good Wife,” NPR’s Morning Edition with Linda Wertheimer, and All Things Considered with Robert Siegel, and she curated “Living American” on Sirius XM Radio’s Symphony Hall.
Anne has been featured in commercials and advertising campaigns including J.Jill, Northwest Airlines, DDI Japan, and TDK and was the inspiration for the main character’s career path in the novel,The Engagements, written by popular author, J. Courtney Sullivan. She collaborated with children’s book author and illustrator, Kristine Papillon, on Crumpet the Trumpet; appeared as the character Violetta the violinist; and recently appeared in a documentary about legendary radio personality, Jim Svejda.
Anne was born in San Diego and grew up in Southern California where she and her mother traveled 8 hours roundtrip from the Mojave Desert to Pasadena for lessons with Alice and Eleonore Schoenfeld at the Colburn School of Performing Arts. She continued her studies with Josef Gingold at Indiana University and moved to New York at the age of 14 to study with Felix Galimir, Masao Kawasaki, and legendary teacher, Dorothy DeLay, at the Juilliard School. She has received the Avery Fisher Career Grant, the Distinguished Alumna Award from the Colburn School of Music, and the Luminary Award from the Pasadena Symphony, and is on the advisory council of the American Youth Symphony.
Meyers performs on the Ex-Vieuxtemps Guarneri del Gesù, dated 1741, considered by many to be the finest sounding violin in existence. Anne lives in Los Angeles with her husband and two daughters.