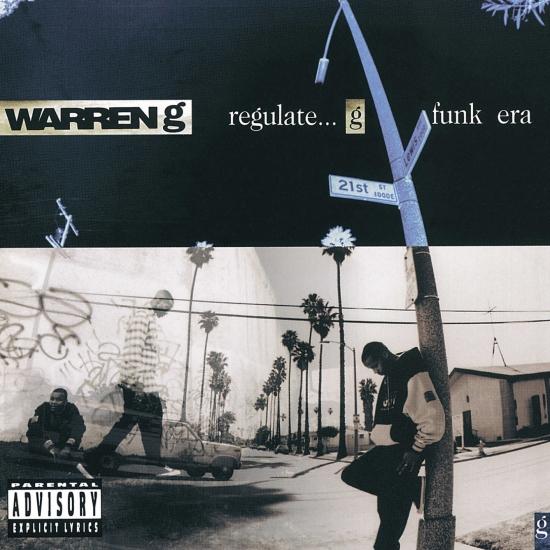 Regulate... G Funk Era is the debut studio album by American rapper Warren G. It was released on June 7, 1994 by Violator Records and distributed by Rush Associated Labels. The album's biggest hit was the eponymous single "Regulate", a gritty depiction of West Coast gang life which samples singer Michael McDonald's hit "I Keep Forgettin' (Every Time You're Near)" and featured Nate Dogg. The album also contained the top ten hit "This D.J." The song "Regulate" was also featured on the Above the Rim soundtrack, which was released on March 22, 1994. An altered version of the song "So Many Ways" appeared in the 1995 film Bad Boys.
"Anchored by the laid-back G-funk anthem "Regulate," Warren G's appropriately titled Regulate...G Funk Era embodies the mid-'90s era of Cali sunshine, endless blunts, and switch-hittin' lowriders with a welcome and somewhat surprising sense of kind-heartedness. Unlike most of his West Coast G-funk peers, Warren doesn't celebrate drive-by gang-bangin', dirty-money stackin', nor G's-up, hoes-down pimpin'. Sure, he says the F word once in a while and puffs on the cheeba-cheeba when it's passed his way, but he's essentially a good-natured, all-ages rapper, interested in nothing more than good ol'-fashioned hip-hop. He professes his demeanor succinctly on the catchy hook to "This DJ," the other era-defining highlight here: "It's kinda easy when you're listening to the G-ed-up sound/Pioneer speakers bumpin' as I smoke on a pound/I got the sound fo yo' ass and it's easy to see/That this DJ be Warren G." Like his stepbrother Dr. Dre, Warren is a more talented producer than rapper, and it's his by-the-book G-funk beat-making that truly shines here. For instance, another album highlight, "Do You See," boasts an elastic bassline and whistling synth hook, capturing the essence of G-funk as only Dre himself could. Warren further compensates for his middling rapping with a couple of guests, a few skits, and a brief running time. Even if "Regulate" and "This DJ" tower far above everything else here, Regulate...G Funk Era is nonetheless a minor gem among the myriad G-funk albums of the mid-'90s, and Warren embodies the style itself here with a precision perhaps second only to his older brother and does so with a refreshing air of harmlessness." (Jason Birchmeier, AMG)
Warren G, vocals
Nate Dogg, vocals
Digitally remastered 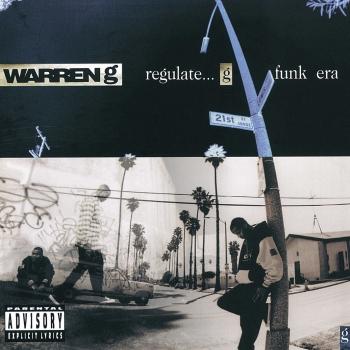 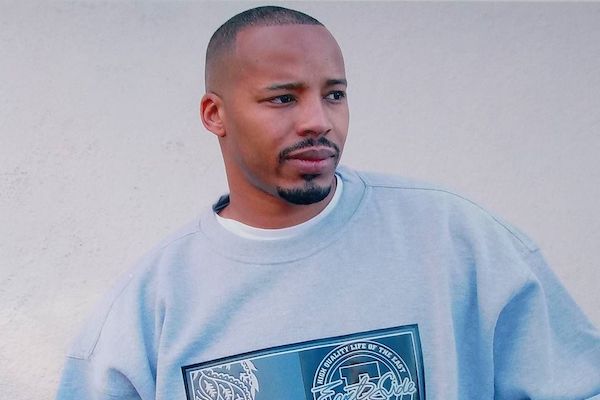 Warren G
Born Warren Griffin III, Warren G exploded out of the burgeoning Long Beach rap scene in 1994 with the smash single "Regulate," a duet with longtime friend Nate Dogg, and its accompanying album, Regulate...G Funk Era. G grew up in Long Beach listening to his parents' extensive collection of jazz, soul and funk records, also frequently hanging out at the local V.I.P. record store. As a teenager, he and his friends Nate Dogg and future superstar Snoop Dogg formed a rap group called 213, after their area code. Unfortunately, all three had brushes with the law and spent time in jail, which motivated them to get jobs, also working on their music on the side. Eventually, the V.I.P. record store allowed the trio to practice and record in a back room. It was here that Snoop cut the demo "Super Duper Snooper," which G played for his half-brother Dr. Dre at a party. Dre invited all three to his studio and wound up collaborating with Snoop on The Chronic. While G also made several contributions, he opted to develop his talents mostly outside of Dre's shadow. He honed his musical skills while producing such artists as MC Breed and 2Pac. A break came when his vocal collaboration with Mista Grimm, "Indo Smoke," appeared on the Poetic Justice soundtrack. Soon after that, G recorded his debut album for Violator. "Regulate" appeared on the Above the Rim soundtrack and was released as a single. It quickly became a massive hit, peaking at #2 on the Billboard charts and pushing the album up to the same position. The album eventually went triple platinum, with "This D.J." becoming his second Top 10 hit. Warren G took nearly three years to complete his second album, returning in the spring of 1997 with Take A Look Over Your Shoulder, which was greeted with decidedly mixed reviews and weak sales. I Want It All followed in 1999 with The Return of the Regulator appearing two years later. In 2005 he signed with Lightyear Enterntainment and released In the Mid-Nite Hour.