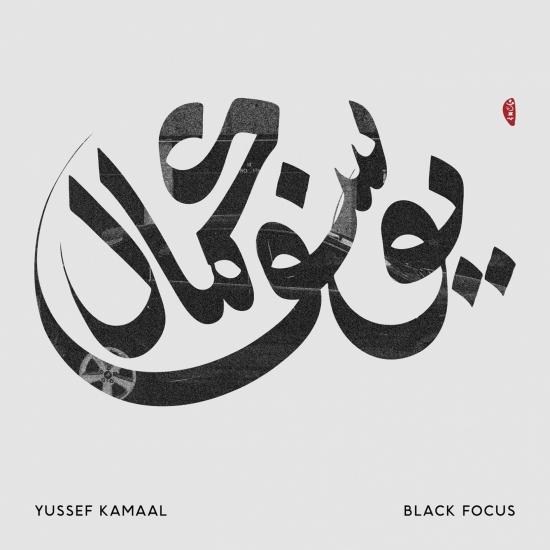 The borders between London’s musical tribes have always been porous. For Yussef Kamaal, the sound of the capital – with its hum of jungle, grime and broken beat – has shaped a self-taught, UK-tipped approach to playing jazz. In the states, the genre’s long-running to-and-fro with hip hop – from Robert Glasper to Kamasi Washington – has reimagined it within US culture. On Black Focus, Yussef Kamaal frame jazz inside the bass-saturated, pirate radio broadcasts of London.
Taking inspiration from the anything-goes spirit of ‘70s jazz-funk, on albums by Herbie Hancock or the Mahavishnu Orchestra, it’s a loose template with plenty of room to experiment. The pair, made up of Yussef Dayes and Kamaal Williams (aka Henry Wu), have had little in the way of formal training. Instead, their musical tastes – and approach to playing – are indebted to Thelonious Monk’s piano as much as the drum programming of Kaidi Tatham.
“It's all about the drums and the keys,” Williams says. “Not to take anything from anyone else, but that's where it all originates from: the chords, the rhythm of the chords and the drums.” Born out of a one-off live session to perform Williams’ solo material for Boiler Room, it soon became a project in its own right. Coming together as Yussef Kamaal, they played a series of live shows where little more than a chord progression would be planned before taking to the stage.
Bringing that unspoken understanding to the recording sessions (engineered by Malcolm Catto of The Heliocentrics), the unplanned, telepathically spawned grooves retain the raw energy of their live shows. “It's not so much about complete arrangement, it's more about flow,” Dayes says. “A lot of the tracks are just made spontaneously – Henry will be playing two chords, I'll fill in the groove and we'll just leave the arrangement naturally.”
Both hail from South East London, crossing paths in 2007 as teenagers playing their first pub gigs around Peckham and Camberwell. Dayes drums for cosmically-inclined, afrobeat outfit United Vibrations, while Williams – on top of drumming and playing keys in different incarnations over the years – has made waves with his solo, synth-draped house 12"s for much-fêted labels like 22a and Rhythm Section.
"Yussef Kamaal is the South London duo of drummer/percussionist Yussef Dayes and Kamaal Williams (Henry Wu) on Rhodes piano and synth. The former is best known for his work as kit man for cosmic Afrobeat ensemble United Vibrations. The latter is also a producer whose dubplates have garnered wide-ranging critical notice. Gilles Peterson signed them to Brownswood based on witnessing a 20-minute live set.
The music on Black Focus is a seamless weave of spiritual jazz funk, broken beat, and global sounds, but it's also more and less. The duo enlisted a who's-who of South London all-stars to assist in various spots: Saxophonist Shabaka Hutchings, trumpeter Yelfris Valdes, bassists Tom Driessler and Kareem Dayes, and guitarist Mansur Brown. The set was produced and engineered by the Heliocentrics' Malcolm Catto. The music is inspired by the distinctly British sources its creators grew up on -- jungle, U.K. garage and grime, hip-hop, post-Joe Harriott British jazz, and the sound of underground radio. The intro to the opening title track begins in the abstract with Gordon Weddenburn's spoken word as the horns fill space (think Joe McPhee’s sax/trumpet duos) amid twinkling Rhodes and hand percussion. Halfway through, kit drums enter the exchange and frame a bumping bassline, a two-chord jazz keyboard riff, and horns that move to a post-bop frontline; the whole jam gets transformed into a sweet, soulful groover. Single "Lowrider" is a funky meld of bass, vamping guitar chords, and swirling synths atop snare-heavy breaks before it becomes a 21st century take on Azymuth-esque fusion. Brown adds a brilliant, arpeggio-rich solo to cap it. "Strings of Light" delivers jungly breakbeat science that ushers in a quick, trance-like pulse amid a rippling bassline and wafting synths. The exploratory urgency of Valdes' horn breaks the mood and the tune moves into the stratosphere -- though the circular groove eventually returns. "Yo Chavez" is a mysterious Rhodes tone poem, but Dayes' brushed, skittering snare and kick drum accents add earth to air. Closer "Joint 17” is a summery bubbler led by cracking breaks and bass, with Williams' Rhodes and synths stitching soul-tinged fills and runs to the changes. Dayes' drumming draws the listener down into the trio's canny polyrhythmic interplay. The music on Black Focus should attract fans of Flying Lotus, Thundercat, and Kamasi Washington (in particular, his Throttle Elevator Music project), but these ferences are aesthetic, not literal. Yussef Kamaal forge a distinct sound here. With South London peers Theon Cross Trio, Ezra Collective, and Blue Lab Beats, they reflect a compelling scene rife with exciting ideas in cultural and sonic cross-pollination. Black Focus is a hell of a first effort." (Thom Jurek, AMG)
Yussef Kamaal 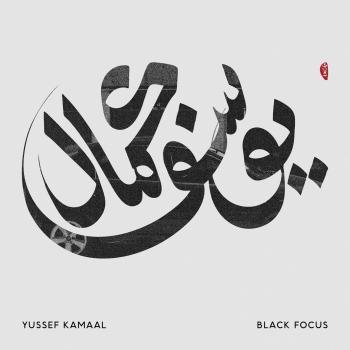 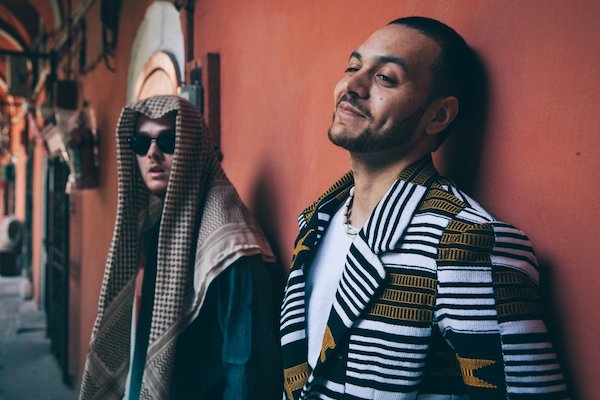 Yussef Kamaal
are a London-based jazz-funk duo whose members are Yussef Dayes and Kamaal Williams (aka Henry Wu). Interestingly -- and one suspects not coincidentally -- their name recalls the great Egyptian artist Kamal Yussef, a founding member of the influential, aesthetically revolutionary, and multi-disciplinary Groupe de L'Art Contemporain in Cairo in the 1940s. The band's sound represents a collision of '70s jazz-funk with 21st century London bass, beat, and hip-hop.
Both are South Londoners. Dayes is drummer for Afrobeat band United Vibrations, while Williams is a well-known producer, keyboard player, and drummer who has issued a series of 12" singles under his given name. The pair crossed paths in 2007 while pursuing other musical ventures and kept in touch, intermittently playing together. While rehearsing for a one-off gig of Williams' solo material at the Boiler Room, they decided to form a band. That show, a much-talked-about success built on total groove- and rhythm-based improvisation, led to others. Without pre-planned tunes or arrangements, the music was always spontaneously created, often born from a single drumbeat; Williams has described their music as "...all about drums and keys...." the duo played a 20-minute set at Gilles Peterson's awards show and based on its strength, signed them to his Brownswood label. With the Heliocentrics' Malcolm Catto engineering, the pair enlisted six other musicians -- including saxophonist Shabaka Hutchings -- to share their vision in a recording studio, resulting in the full-length Black Focus, issued in November 2016.