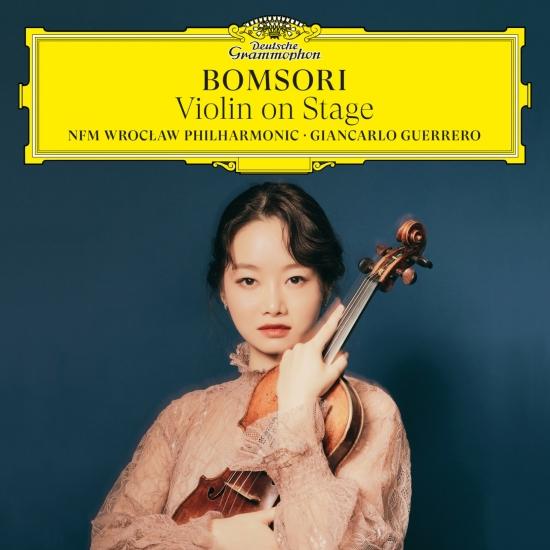 Info for Violin on Stage

A superstar in her homeland and in high demand worldwide as a soloist, South Korean violinist Bomsori now presents her solo debut album on Deutsche Grammophon. Set for international release on 18 June 2021, Violin on Stage includes works written for or inspired by opera or ballet. Recorded at the state-of-the-art National Forum of Music in Wrocław last December with the NFM Wrocław Philharmonic and its Music Director Giancarlo Guerrero, the album also captures the close bond Bomsori feels with Poland, its music and its musicians.
The violinist’s chosen repertoire reflects her desire to communicate with her audiences through her instrument’s expressive voice. “I’m not a loud person – I usually don’t talk much in everyday life,” she says. “But that’s why I love playing the violin, because I can speak and communicate through music. I’ve loved singing and ballet since I was a small child and am always moved by hearing voices and watching dancers. I wanted to bring that special spirit of poetry and drama to listeners through my instrument, which can sing freely in these wonderful pieces.”
With her new album Bomsori is also reconnecting with the virtuoso tradition of the old masters. Many famous violinists in music history – figures such as Heifetz, Milstein and Kogan – arranged pieces for their instrument in order to develop their artistry and playfully test their limits. Today the custom is less widespread, but Bomsori is reviving it and expanding the well-known violin repertoire with virtuosic transcriptions.
From the world of ballet, the violinist has chosen “The Dance of the Blessed Spirits” from Gluck’s Orfeo ed Euridice and the “Pas de deux” from Tchaikovsky’s The Nutcracker (1892), a timeless landmark of late Romantic music. Her performances of both works, newly transcribed for solo violin and orchestra, evoke all the effortless grace of the dancers for whom the scores were originally written.
Bomsori brings more exquisite lyricism to the “Méditation”, a symphonic intermezzo originally played between scenes in the second act of Massenet’s Thaïs. Staying with opera, she presents Michael Rot’s new arrangement of “Mon cœur s’ouvre à ta voix” from Saint-Saëns’s Samson et Dalila, among the most beautiful of all arias. She also performs the composer’s Introduction et Rondo Capriccioso, which itself resembles an operatic recitative and aria, by turns introspective and extrovert.
Unrestrained emotions and technical wizardry combine, meanwhile, in Bomsori’s performance of the Carmen Fantasie by Franz Waxman, best known for his scores to such Hollywood hits as The Bride of Frankenstein, Rear Window and Sunset Boulevard. The composer created this medley of tunes from Bizet’s Carmen as part of his Oscar-winning soundtrack for the 1946 film Humoresque and turned it into a showstopping concert piece soon after.
Violin on Stage was also inspired by Bomsori’s love for Poland and Polish music, ignited in 2016 by her spectacular success at the International Henryk Wieniawski Violin Competition and fuelled since by her duo partnership with fellow DG artist Rafał Blechacz, as well as by her close collaboration with the NFM Wrocław Philharmonic and Giancarlo Guerrero, with whom she played Szymanowski’s Violin Concerto No.1 on tour in the US last season.
The album includes three works by Wieniawski, one of the greatest Polish violinists of all time and a fine composer for his instrument. In addition to his eternally popular Légende and Polonaise de Concert, Bomsori also performs the Fantasia brilliante on themes from Gounod’s “Faust”, a rarely heard showpiece in five contrasting sections which takes us back to the world of opera.
“I feel my personal colour as a violinist is reflected in Wieniawski’s music,” says Bomsori. “I love the lightness of his melodic lines and his virtuosity, so I had to include some of his music here. It was a joy to make my first recording for Deutsche Grammophon with my friends in the beautiful city of Wrocław and I truly hope it will bring people as much pleasure as we had during the sessions.”
Bomsori Kim, violin
NFM Wroclaw Philharmonic Orchestra
Giancarlo Guerrero, conductor 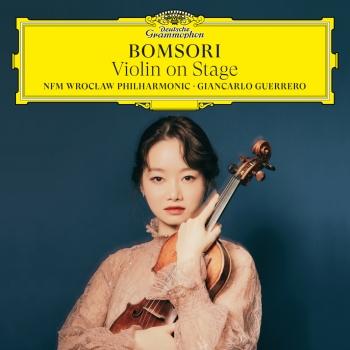 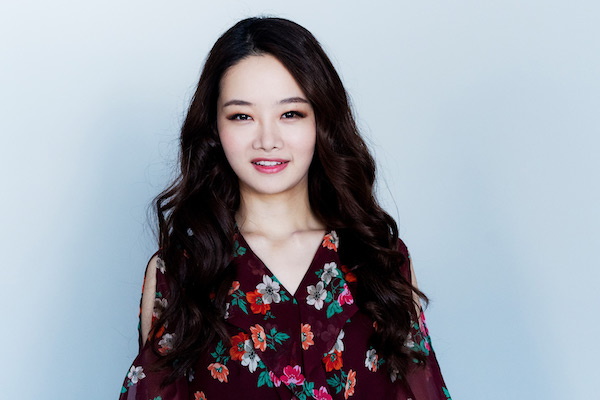 Bomsori Kim
Winner of the 62nd ARD International Music Competition, Bomsori Kim is internationally regarded as one of today’s most vibrant and exciting violinist.
She is a prize winner of a number of prestigious international violin competitions such as the Tchaikovsky International Competition, the Queen Elisabeth Competition, the International Jean Sibelius Violin Competition, the Joseph Joachim International Violin Competition Hannover, the Montreal International Musical Competition and the Sendai International Music Competition, Bomsori received astonishing success at the 15th International Henryk Wieniawski Violin Competition, winning both Second Prize and Critic’s Prize, as well as nine additional special prizes.
In season 2018-2019, Bomsori will be „Artist-soloist–in-residence“ at Poznan Philharmonic Orchestra.
The residency will include concerts in Poznan, Berlin (Konzerthaus), Milan (Auditorio di Milano) and Prague (Smetana Hall). Bomsori will make her European Festival debuts at Dvorak Festival Prague (Rudolfinum), Lucerne Festival, Rheingau Festival, Heidelberger Frühling and Gstaad Festival.
Bomsori will also perform for the first time with Tonkunstler Orchestra Vienna and she will make her debut at Suntory Hall Tokyo with Yomiuri Nippon Orchestra.
Bomsori will be also on tour in Europe, Asia and USA with Polish pianist Rafal Blechacz. North American highlights of the season include her debut performance with the Lincoln Symphony Orchestra and recital appearances at the Maestro Foundation and La Jolla Music Society’s Rising Star Series.
As a soloist, Bomsori has appeared at numerous venues worldwide, such as Musikverein Golden Hall in Vienna, Tchaikovsky Hall in Moscow, Philharmonic Hall in St. Petersburg, Finlandia Hall in Helsinki, the Herkulessaal and the Prinzregententheater in Munich, Berlin Philharmonic Chamber Hall, Rudolfinum and Smetana Hall in Prague, and Seoul Arts Center Concert Hall.
Bomsori has had the privilege of performing under the direction of multiple conductors, including Jaap van Zweden, Andrey Boreyko, Jacek Kaspszyk, Marin Alsop, Hannu Lintu, Sakari Oramo, John Storgards, Yuri Simonov, Giancarlo Guerrero, Yoel Levi, Antonio Mendez, Lukasz Borowicz with numerous leading orchestras, such as Bayerischer Rundfunk Symphony Orchestra, Moscow Symphony Orchestra, Montreal Symphony Orchestra, National Orchestra of Belgium, Warsaw National Philharmonic Orchestra, NDR Radiophilharmonie of Hannover, Poznan Philharmonic Orchestra, Finnish Radio Symphony Orchestra, Helsinki Philharmonic Orchestra, Munich Chamber Orchestra, Yomiuri Nippon Symphony Orchestra, KBS Symphony Orchestra, amongst others.
In 2017, Warner Classics released Bomsori’s debut album with maestro Jacek Kaspszyk and the Warsaw Philharmonic Orchestra, featuring Wieniawski Violin Concerto No.2 and Shostakovich Violin Concerto No.1. Her second album with pianist Rafal Blechacz will be released in 2019 by Deutsche Grammophon.
A native of South Korea, Bomsori received a Bachelor’s degree at Seoul National University, where she studied with Young Uck Kim. She also earned her Master of Music Degree and Artist Diploma at The Juilliard School as a full-scholarship candidate and studied with Sylvia Rosenberg and Ronald Copes.
With the support of Kumho Asiana Cultural Foundation, she currently plays on a 1774 violin by Joannes Baptista Guadagnini.
"This violinist is ready for anything: with virtuosity, presence, clarity and a warm, rich tone, Bomsori is adept at making each moment her own" -Crescendo Magazine

Booklet for Violin on Stage