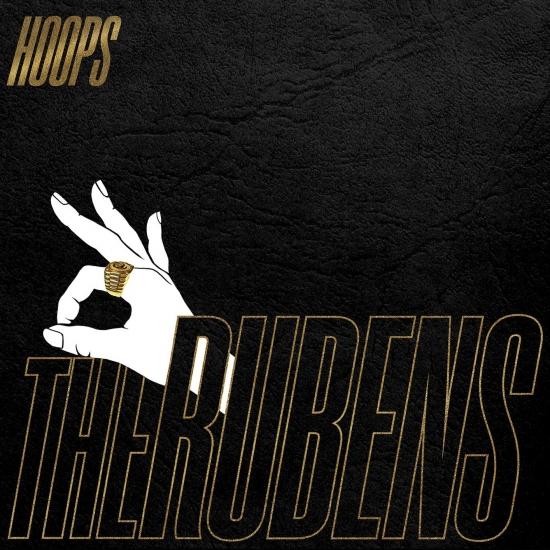 „Hoops“ is the highly anticipated sophomore album from Menangle five-piece The Rubens! Following the tremendous success of the band's certified platinum, self-titled debut, 'Hoops' is brimming with massive rock hooks, driving rhythms and singer Sam Margin's signature soul-drenched vocals.
Produced once again by Dave Kahne (The Strokes, Paul McCartney, Lana Del Rey) and mixed by Michael Brauer (Coldplay), 'Hoops' was crafted over two years of relentless touring and songwriting, with the band having to whittle down the track-list from 40 potential songs.
Lead single 'Hallelujah' is the first taste of what Hoops has on offer, a collection of brilliant rock songs written and performed by one of the country's most exciting young bands.
Sam Margin, lead vocals, guitar
Scott Baldwin, drums
Elliott Margin, keyboards, backing vocals
Zaac Margin, lead guitar
William Zeglis, bass 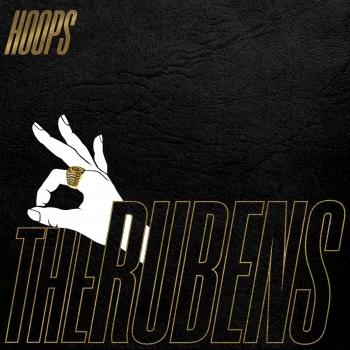 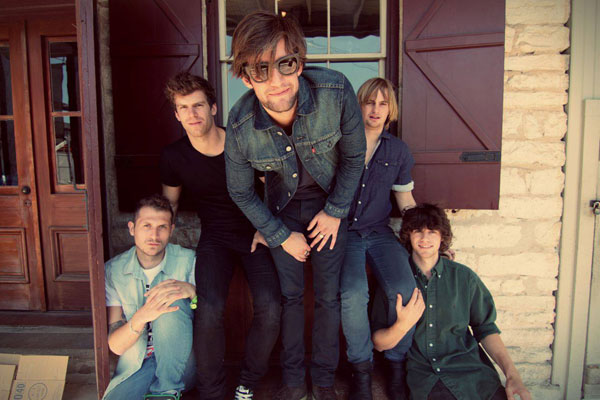 The Rubens
Bursting onto the scene in 2012 with their Platinum-certified debut The Rubens, the three Menangle-born brothers plus two friends are no strangers to success. The album debuted at #3 on the ARIA Album Chart and earned The Rubens three ARIA Award nominations, while thumping track ‘My Gun’ picked up both Rock Work of the Year at 2013’s APRA Music Awards and a spot in the top 10 of triple j 2012 Hottest 100.
The momentum behind The Rubens’ trademark bluesy rock sound continues to grow following their massive triple j Hottest 100 win earlier this year with their anthemic platinum single ‘Hoops’. Lifted from their sophomore album of the same name, Hoops (out now through Ivy League Records) debuted at #2 on the ARIA Album Chart and continues to sit in the Top 100 since its August release. The tour not only celebrates the massive success of Hoops but also mammoth singles ‘Hallelujah’ and new single ‘Hold Me Back’.
‘With Hoops The Rubens confirm that they're Australia's go-to for outstanding indie-soul’ – Rolling Stone
‘Hoops shoots even more soul into The Rubens' blues-rock sound and shows off just how far they have grown as a band’ – triple j
‘Descriptions of this album as a “timeless record” can definitely be justified’ – Musicfeeds
‘Full of rock belters and woozy nuggets, The Rubens' second album won't disappoint’ – The Music
Whether playing to tens of thousands of people at Splendour in the Grass (2015) or an intimate show for a few lucky fans, The Rubens have proven time and time again that they are a force to be reckoned with on the live stage. Fans should expect high energy antics from the boys, in particular lead singer Sam Margin’s notorious crowd surfing and stage swagger. Reviews of their sold out 2015 Hoops national tour were glowing:
‘It suggested the difference between a band that could merely carve out a decent career in front of adoring Australian audiences, and one that could really show the whole world a thing or two’ – Sydney Morning Herald
‘It was a great performance, one that is only going to get better’ –TheAUReview
‘The Rubens’ live show is passionate, lively and bright, made of genuine soul and nothing less’ – Rip It Up
Support act Mansionair are absolutely not-to-be-missed. In 2014 the intriguing Sydney three-piece dropped what would go onto be an international smash hit ‘Hold Me Down’. Since then, Mansionair have released two stunning standalone singles, ‘Speak Easy’ and ‘Pick Me Up’ and received a heap of critical acclaim and triple j airplay. The angelic voice of lead singer Jack Froggatt is one that is likely to stay with you for a long time (listen to a live version of ‘Speak Easy’ here).
Opening the show will be lo-fo washed-out jazz hop animals from Mordialloc, Slum Sociable. The triple j favourites will perform their unique sounding tracks lifted from their debut 2015 EP TQ (out now through Liberation Music) including ‘Anyway’ and ‘All Night’. Live, the duo expand into a 4-piece, having recently taken to the stage at Sugar Mountain & BIGSOUND, to plenty of critical acclaim. Don’t miss your chance to see what this fresh and promising band have to offer.
Riding high on the success of 2015, The Rubens, alongside Mansionair and Slum Sociable will undoubtedly bring their A-game to these massive Australian shows. Secure your tickets to what will surely be a passionate and electric live rock show.