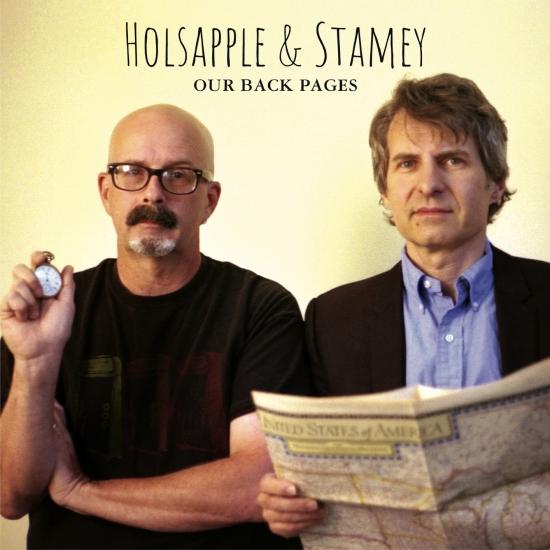 Info for Our Back Pages

Peter and I started playing music together in grade school in Winston-Salem, North Carolina, in a blues trio called Soup, and by 1978 we found ourselves in New York playing in a new band, called the dB’s. After two records together, Stands For deciBels and Repercussion, we went our separate ways for a while—Peter continuing on with the dB’s, then playing keys and guitars on tours with R.E.M., and myself off to make some solo records and produce other artists.
In 1991, we joined forces again to record a duo project, Mavericks, full of new original songs based around our mutual affection for vocal harmony groups such as the Everly Brothers, the Byrds, and the Lovin’ Spoonful. During subsequent touring, we enjoyed playing acoustic versions of a number of our favorites from the dB’s songbook. When we regrouped in 2008 to record a second original collection, hERE & nOW, we took time to also lay down studio versions of some of the arrangements we’d evolved during those live shows, which are often quite different from the original electric presentations. It was a bit of a busman’s holiday, perhaps? We’re still proud of the electric versions of the songs, but a sturdy song should be able to handle a bit of reinvention from time to time, and it was fun to “get under the hood” and see what was there, even without the charm and power of Will Rigby’s explosive drums and Gene Holder’s nimble bass runs. We are always more concerned with making new music than with looking back, however, and so it’s been in the archives ever since. We’re very pleased that the time has finally come to share it with you. (Chris Stamey)
Peter Holsapple & Chris Stamey 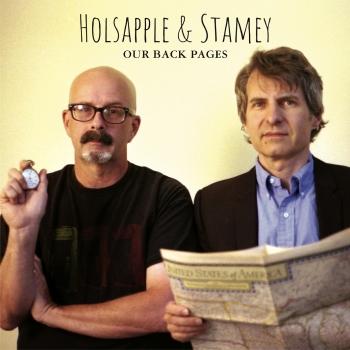 Booklet for Our Back Pages