Count It All Joy Steve Rodgers 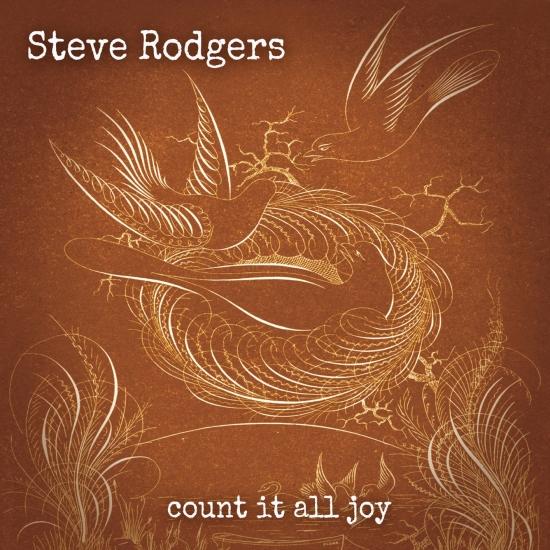 Info for Count It All Joy

After Steve’s 15 year tenure as music venue entrepreneur, came to a close, he spent months as a near recluse, rediscovering himself, his music and his unique voice that was no longer derivative of anyone else but his own deep and lasting life experiences.
“I started being really honest with who I was …I stopped asking what’s next and started being in the moment…enjoying the life that I am creating now with my family, my music and friends. I am very happy starting with a pure and clean slate.”
Steve’s new album “Count It All Joy” was produced by veteran music guru Vic Steffens at Horizon Studios in Connecticut. Musicians on the album include his brother Jonny Rodgers (guitar/ vocals) & close friends Seth Adam (bass), Ben Dean (fiddle), Ricci Harke (vocals) & Fred Dileone (rhodes). The album contains 12 songs soaked in honesty, brokenness, healing & joy.
"The songs on this album are about love, joy, honesty and hope." (Steve Rodgers)
Steve Rodgers, guitar, vocals 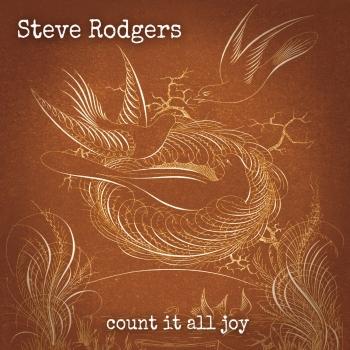 Count It All Joy 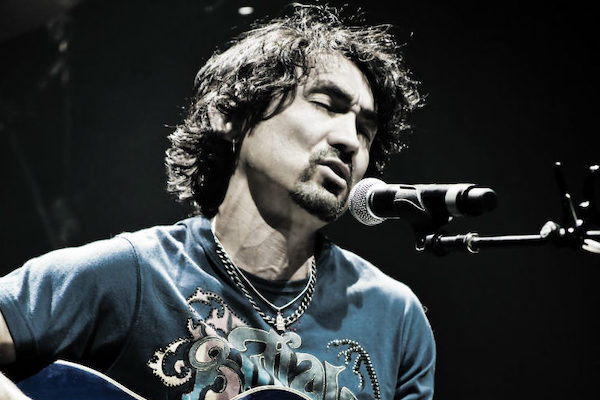 Steve Rodgers
is a nationally recognized singer, songwriter and visual artist who has spent more than a quarter of a century engrossed in the New England music community even as he performed across the United States and overseas. Steve is most well-known for his nearly 20-year stretch as leader and co-songwriter of the 90s/2000s alt/rock/folk band Mighty Purple and also for his 15-year adventure as the Founder / Director of The Space (an all-ages music venue) and of The Outer Space / The Ballroom (a music venue & craft beer hall). Both were nationally recognized music venues and regular tour stops for bands of all shapes, sizes and genres. (Steve and his brother are now separated by 3,000 miles, but they still reunite with their band members a couple of times a year to play Mighty Purple songs in New Haven and beyond.)
While the venues he founded are gone, the empty space that they left in Steve’s heart has been filled by a sense of thankfulness, healing, and a renewed sense of community that is evidenced in his new album and in his life’s direction.
He recently traveled to Honduras on a mission trip in which he taught Honduran teens how to play guitar while he helped to serve the daily needs of the Children’s Rescue Mission in Tupesinti, Honduras. Back home, Steve has quietly been creating an arsenal of miniature art as well as a body of new song. He released a new album in April 2019 with a SOLD OUT SHOW at the State House in New Haven CT. Steve will be touring throughout 2019 sharing his music and uplifting vibes at listening venues, festivals, unique venues and house concerts.
He is a homeschool dad to his two children Fable and River. He and his wife Jesse create art in their home and in their small barn; which Steve made from 85% recycled and found materials. Steve also builds highly realistic miniatures and nationally acclaimed custom fairy houses, dollhouses, dioramas, miniature train layouts, and more that inspire fans in new ways, which brings him back to his dream.
“My dream is to tour around the country at places where there are listening environments – places where people are there to come together as community and really listen. I’d love to create pop up events where art, music, food and community all come together at the same time to create something unique and new.”