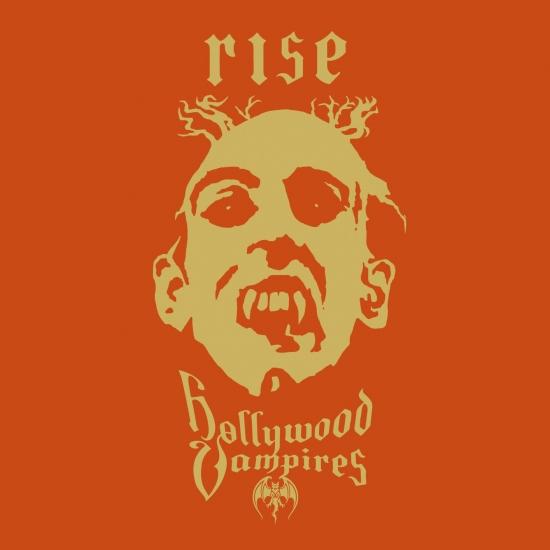 The Hollywood Vampires – return with new music from their explosive second album, "Rise." Rock and roll royalty Joe Perry, Hollywood superstar Johnny Depp and shock rock icon Alice Cooper join forces once again for the unmissable rock album of 2019.
Seconds into the opening track "I Want My Now," it’s clear this supergroup has created something special - the chemistry between the individuals is unmistakable when they come together on stage or in the recording studio. Forget the star-studded lineup’s individual reputations, "Rise" is some of the purest, unapologetic and most enjoyable rock and roll of the year, made by masters of the craft and true fans of the form.
Unlike their 2015 debut record, the new album "Rise" consists mainly of original material, written by the band. There are however, in the spirit of the Vampires’ original mission, three covers of songs originally written and recorded by some fellow rockers who died far too young: an intimate and intense version of David Bowie’s "Heroes", beautifully performed by Johnny Depp; the late Jim Carroll Band’s "People Who Died," and Johnny Thunder’s "You Can’t Put Your Arms Around A Memory," sung by Joe Perry. Raucous rock anthems like "The Boogieman Surprise" and "Who’s Laughing Now" (the first single from the new album), capture the natural, raw, celebratory attitude of Hollywood Vampires displayed in their rowdy shows around the world. But the album shows off their range as well with tracks like "We Gotta Rise" - a tongue-in-cheek politics song in the the tradition of Alice’s "Elected" - to the psychedelic gothic epic of "Mr. Spider."
"'Rise' is not only a totally different animal than the first Vampires album, it is unique to anything I’ve ever been a part of. I approached it very differently than I usually do when working on an album. Each of us; Joe, Johnny, Tommy and myself have written songs on this album. What is different though is that I didn’t try to change any songs to be more "Alice-like." Because each of us has different influences, the sound of this album is very cool. I think that with this album, we are establishing what the Vampires’ sound really is, whereas with the first album we were more tipping our hats to our fallen rock n roll brothers." (Alice Cooper)
"RISE" came from pure creative energy, which is just like playing live with the Vampires. The record showcases everyone doing what they do best without anyone looking over our shoulders. There was no pressure or deadlines, allowing us to write and record an album that is one of the freest and most honest sounding records I’ve been part of. I can’t wait to perform some of these tunes live for our fans." (Joe Perry)
earMUSIC, the global independent rock label of Edel Germany GmbH, is proud to announce the worldwide signing of Hollywood Vampires. Following the release of Alice Cooper’s 2017 studio album “Paranormal” on earMUSIC, his best chart-performing work in decades, the label is proud to welcome the band to their family.
The Hollywood Vampires are Alice Cooper, Joe Perry and Johnny Depp. Two rock superstars and an A-list actor making hard rock music for fans of celebrity, excess, and rebellion. The group is named after a drinking club that Alice Cooper founded in the 1970’s comprised of himself, Keith Moon, Ringo Starr, Micky Dolenz and Harry Nilsson. These core members along with a rotating group of friends like John Lennon, Keith Emerson, and John Belushi would meet at the Rainbow room every night in the 1970’s to drink and carouse. There is still a plaque their in honor of the “Hollywood Vampires Lair”.
Hollywood Vampires
Please Note: We offer this album in its native sampling rate of 48 kHz, 24-bit. The provided 96 kHz version was up-sampled and offers no audible value! 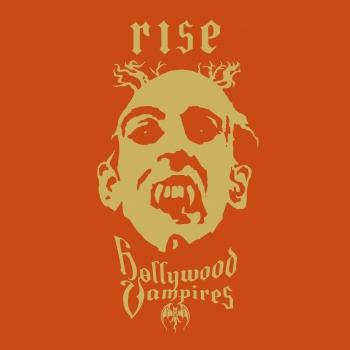 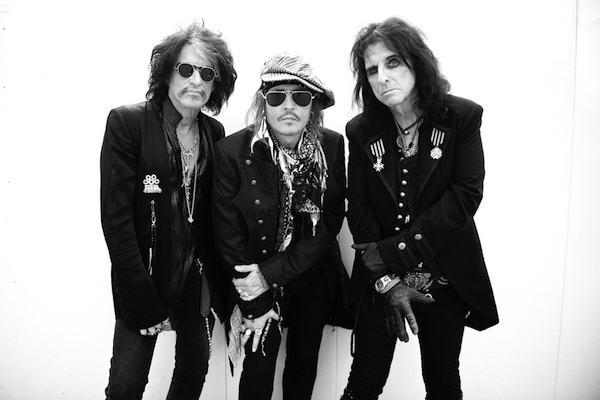 Hollywood Vampires
In 1972, on the Sunset Strip at a club called the Rainbow Bar & Grill, the Hollywood Vampires were born in the upstairs bar. It was a gathering place for the rock stars living in or passing through L.A. “To join the club, one simply had to out drink all of the members,” says Alice Cooper, a founding member of the Vampires. “I would walk in on a typical night” Alice says, “and John Lennon, Harry Nilsson, Keith Moon—who would usually be in a costume like a maid or a chauffeur—Bernie Taupin, Jim Morrison and Mickey Dolenz would be there. The next week might be Bernie Taupin, Jimi Hendrix, Jim Morrison and Mickey Dolenz.”
Three years ago, Alice and good friend Johnny Depp got together and decided the spirit of the Hollywood Vampires should live again (minus the drinking). An environment for great artists to hang, laugh and play together. The Hollywood Vampires live again with the release of the Hollywood Vampires new album. Alice and Johnny were joined by Joe Perry, who is an old friend of both of them, and the recording began: a tribute to the original Hollywood Vampires.