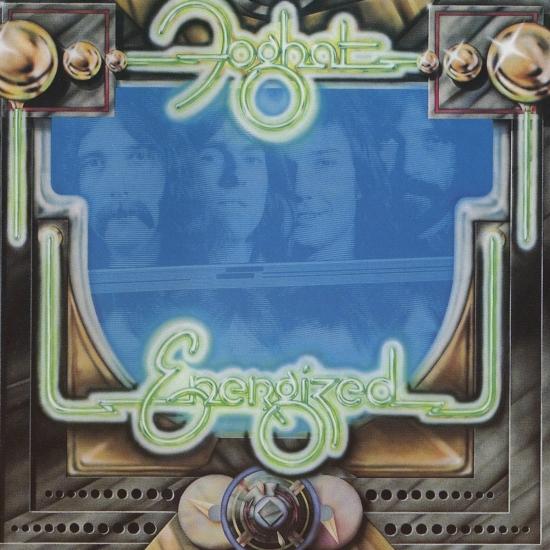 „The third album proved to be the charm for Foghat. On Energized, their fusion of blues song structures and heavy metal energy comes into sharp focus. The group storms out of the gate with the opening track, "Honey Hush"; this inspired reworking of a blues classic moves like a locomotive about to run off the rails and dazzles the listener with a barrage of furious, metallic guitar riffs. Another sharp rocker along these lines is "Wild Cherry," a lascivious tribute to a gorgeous woman that is fuelled by a double-time beat from Roger Earl and some killer twin-guitar riffing from Dave Peverett and Rod Price. Elsewhere, the group keeps things interesting by experimenting with their formula: an inspired cover of the Buddy Holly chestnut "That'll Be the Day" successfully recasts it as a bluesy vamp complete with saucy horn arrangements, and "Step Outside" mixes funk-styled instrumental breakdowns and a bassline that would be at home on a James Brown record into its hard rock song structure to create an effective funk-rock hybrid. Energized also produced an enduring classic for the band with "Home in My Hand," an autobiographical tale about living a life dominated by wanderlust. It provided a fitting anthem for a band that toured incessantly and quickly became a beloved part of the Foghat's live set. The one real downside of Energized is that the band gets so carried away sometimes that they let their songs go on a little too long. The notable example here is set-closer "Nothin' I Won't Do," an amiable blues shuffle that is inflated to an unwieldy seven minutes by a few too many guitar solos. However, the album rises above these occasional dips into excess thanks to solid songs and inspired performance from the band. In short, Energized is a solid listen for anyone who gets nostalgic about 1970s arena rock, and a must-have for Foghat fans.“ (Donald A. Guarisco, AMG)
Dave Peverett, rhythm guitar, vocals
Rod Price, lead guitar, slide guitar
Craig MacGregor, bass
Roger Earl, drums
Produced by Tom Dawes
Digitally remastered 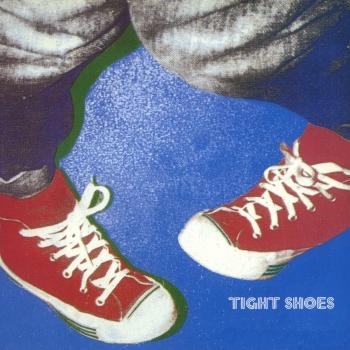 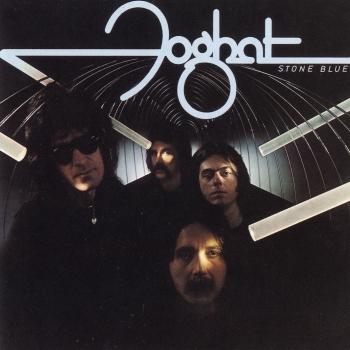 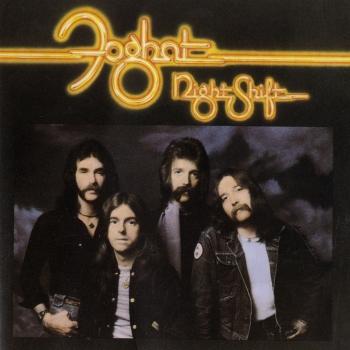 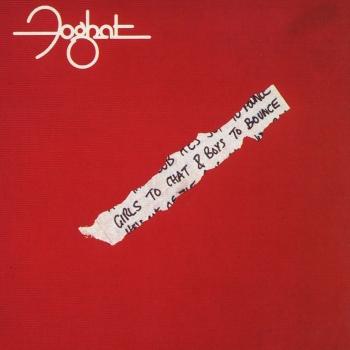 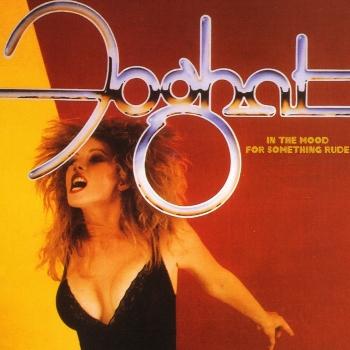 In The Mood For Something Rude (Remastered) 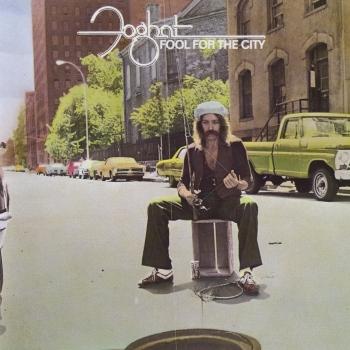 Fool For The City (Remastered) 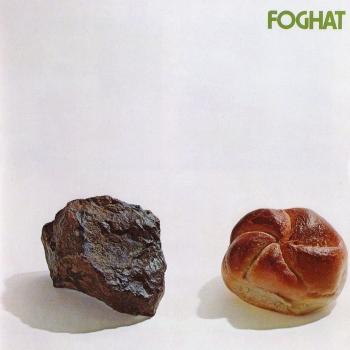 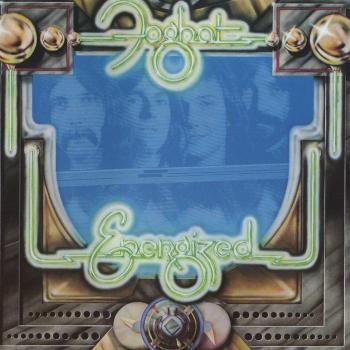 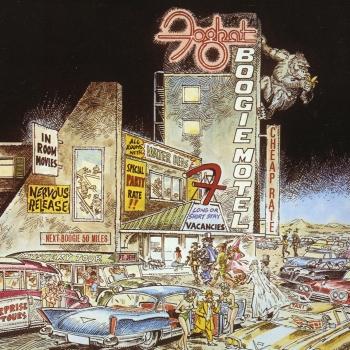 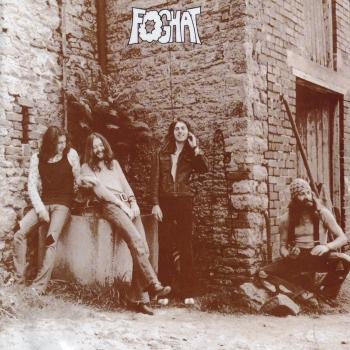 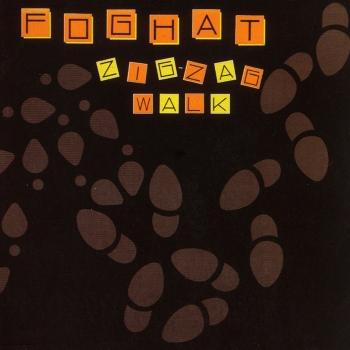 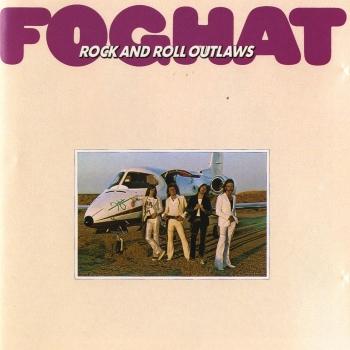 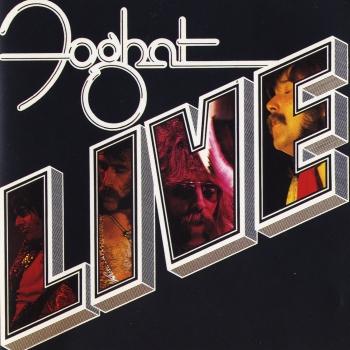 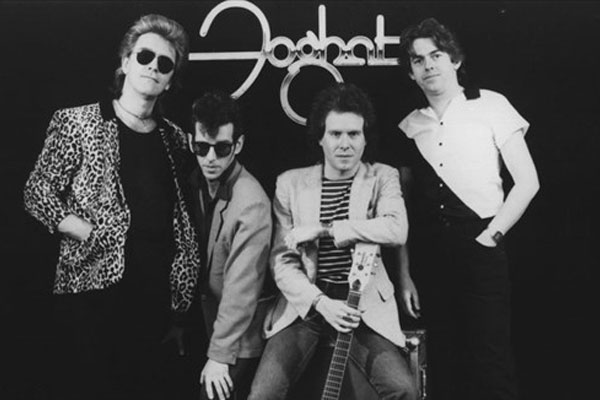 Foghat
specialized in a simple, hard-rocking blues-rock, releasing a series of best-selling albums in the mid-'70s. While the group never deviated from their basic boogie, they retained a large audience until 1978, selling out concerts across America and earning several gold or platinum albums. Once punk and disco came along, the band's audience dipped dramatically.
With its straight-ahead, three-chord romps, the band's sound was American in origin, yet the members were all natives of England. Guitarist/vocalist 'Lonesome' Dave Peverett, bassist Tony Stevens, and drummer Roger Earl were members of the British blues band Savoy Brown, who all left the group in the early '70s. Upon their departure, they formed Foghat with guitarist Rod Price. Foghat moved to the United States, signing a record contract with Bearsville Records, a new label run by Albert Grossman. Their first album, Foghat, was released in the summer of 1972 and it became an album rock hit; a cover of Willie Dixon's 'I Just Want to Make Love to You' even made it to the lower regions of the singles charts. For their next album, the group didn't change their formula at all -- in fact, they didn't even change the title of the album. Like the first record, the second was called Foghat; it was distinguished by a picture of a rock and a roll on the front cover. Foghat's second album was their first gold record, and it established them as a popular arena rock act. Their next six albums -- Energized (1974), Rock and Roll Outlaws (1974), Fool for the City (1975), Night Shift (1976), Foghat Live (1977), Stone Blue (1978) -- all were best-sellers and all went at least gold. 'Slow Ride,' taken from Fool for the City, was their biggest single, peaking at number 20. Foghat Live was their biggest album, selling over two million copies. After 1975, the band went through a series of bass players; Price left the band in 1981 and was replaced by Erik Cartwright.
In the early '80s, Foghat's commercial fortunes declined rapidly, with their last album, 1983's Zig-Zag Walk, barely making the album charts. The group broke up shortly afterward with Peverett retiring from the road. The remaining members of the band (Roger Earl, Erik Cartwright and Craig MacGregor) continued playing together as the Kneetremblers and after some line-up changes decided to revert to the Foghat name. The band toured throughout the decade and into the early 1990's. Perhaps growing tired of early retirement, Lonesome Dave formed his own version of Foghat in 1990 and hit the road. After healing their rift, the original Foghat (Peverett,Price, Stevens and Earl) reformed in 1993 and toured for years, releasing Return of the Boogie Men in 1994 and Road Cases in 1998. The original band broke apart for good with Peverett's passing due to cancer on February 7, 2000. After some time spent mourning, the band soldiered on with a new line-up (adding Charlie Huhn on vocals) and after two years of touring released Family Joules in 2002. Foghat toured for the next few years and regularly issued documents of their live act: The Official Bootleg DVD, Volume 1 in 2004 and Foghat Live II in 2007. In 2010, now on their own label, Foghat got back to their Blues roots with Last Train Home: a handful of original tunes amongst covers of many of their favorite blues songs and a couple tracks recorded with their friend Eddie Kirkland. As of 2013, they're still performing and recording. (Stephen Thomas Erlewine, Tim Sendra, AMG)