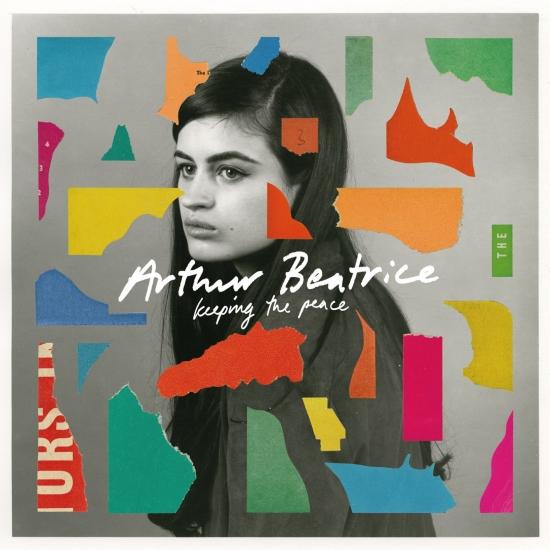 Info for Keeping The Peace

Keeping The Peace is the second album from the much hyped Arthur Beatrice. This second album 'Keeping The Peace', is a bold and radiant pop record. On Arthur Beatrice's last album, Ella and Orlando shared vocal duties, but this time around this new clarity comes in the form of Ella Girardot, now the lone voice and sole front person of the band
„When Arthur Beatrice get it right, they nail it. “Do you really enjoy this? Does it not make you wince sometimes?” asks Ella Girardot on the opener to Keeping The Peace. As far as parental letters of confession go, it’s hard to find something that’s so aware (“now I’ve become so self-involved”) and yet so upfront emotional than Real Life, which ends up being a tight capsule of what this band capture best.
Girardot’s voice is what carries the more rounded emotions they project on this new album, which jumps several shades ahead of the existential ennui from their debut. “How deep is the wound I’m healing?” Girardot sings on Healing to a super-sparse backing of strings. There seems to be a great deal more personal investment in the songs this time, more warmth in the production and more intimacy in both sound and words (“there’s no number I can call to reassure myself,” relates All I Ask). If their debut encompassed millennial angst, this one sees through the maelstrom of adolescent pain.
To write that is quite something in itself, so for Arthur Beatrice to express it so profoundly really is a mark of how they’re progressing. Keeping The Peace takes in all meanings of the phrase in two-party strife but also that ongoing war within, seeking balance in a world that’s constantly trying to throw it off. Funnily enough, Girardot sings it best on Who Returned when she tells us “all I have is this emotion”. That’s certainly true, and it’s a privilege to share all of it with Arthur Beatrice.“ (www.pressplayok.com)
Ella Girardot, vocals, keyboards
Orlando Leopard, vocals, guitar
Hamish Barnes, bass
Elliot Barnes, drums 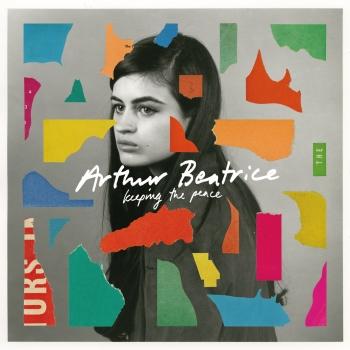 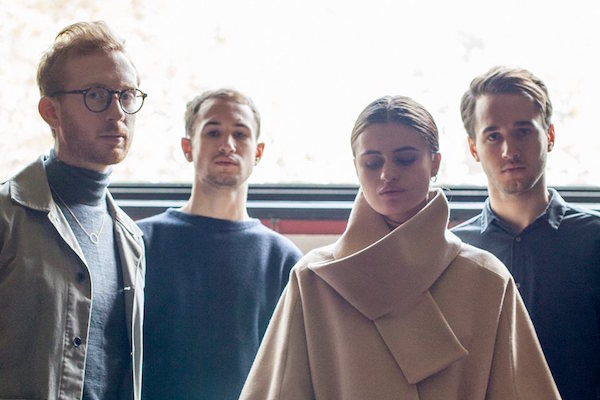 Arthur Beatrice
Named after a character from TV’s Golden Girls, Arthur Beatrice were formed by school friends Orlando Leopard (vocals, guitar), Ella Girardot (vocals, keyboards), and brothers Hamish (bass) and Elliott Barnes (drums) in London in 2010. The bandmembers created a unique path for themselves by running their own label, Open Assembly, and taking control of their own promotions and concert bookings. They attracted a fair amount of attention through word of mouth and their social media channels. Their debut single, “Midland,” drew comparisons to the xx, Warpaint, and the Sundays and the band went on to feature in the Guardian newspaper’s Bands to Watch column. Their debut album, Working Out, was released in February 2014. The quartet followed up with their second studio release, Keeping the Peace, in 2016, which featured the London Contemporary Orchestra on a number of tracks. (James Pearce)