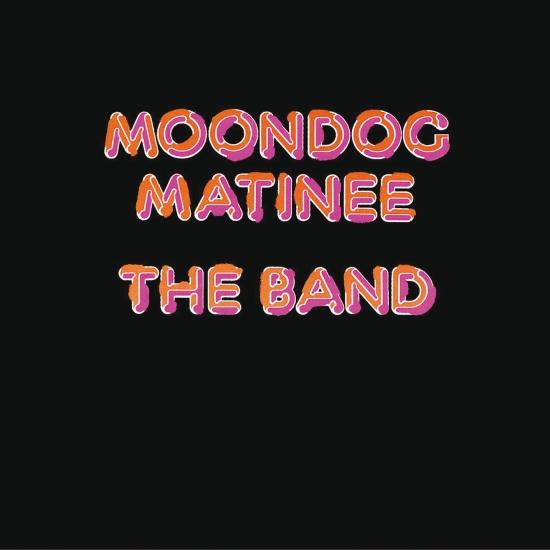 The Band started their career with two stunningly perfect albums in '68 and '69 „Music From Big Pink“ and „The Band“, respectively). An edgy comment on their newfound fame, „Stage Fright“, came in '70. Then an album of scattered focus „Cahoots“ and a brilliant live retrospective „Rock Of Ages“ followed over the next two years.
Whether or not the well of new material was running dry, The Band wisely chose to take some of the pressure off by revisiting their days as The Hawks for this 1973 set of covers. From the Levon Helm-sung 'Ain't Got No Home' (the Clarence 'Frogman' Henry song) which opens the set, to the soaring Richard Manuel vocal on Sam Cooke's 'A Change Is Gonna Come,' everything and everybody shines here. Robbie Robertson's sassy riffing on 'Mystery Train,' Garth Hudson's oozing and undulating organ beds, and that always- perfect rhythm section--this is a brilliant display of great interpretive skills wedded to great songs.
„The Band essentially went back to being the Hawks of the late 1950s and early '60s on this album of cover tunes. They demonstrated considerable expertise on their versions of rock & roll and R&B standards like Clarence 'Frogman' Henry's 'Ain't Got No Home,' Chuck Berry's 'The Promised Land,' and Fats Domino's 'I'm Ready,' but of course that didn't do much to satisfy the audience they had established with their original material and that, two years after the disappointing Cahoots, was waiting for something in the same.“ (William Ruhlmann, All-Music Guide)
Robbie Robertson, guitar, keyboards, vocals
Rick Danko, bass, violin, vocals
Levon Helm, guitar, drums, vocals
Garth Hudson, keyboards, saxophone
Ben Keith, steel guitar
Richard Manuel, drums, keyboards, vocals
Billy Mundi, drums (on „Mystery Train“)
Recorded at Bearsville Sound Studios in Bearsville, New York and capitol Studios in Hollywood, California Engineered by Jay Ranellucci, John Wilson and Mark Harman Mastered by Bob Ludwig at Sterling Sound
Digitally remastered