BEFORE LOVE CAME TO KILL US Jessie Reyez 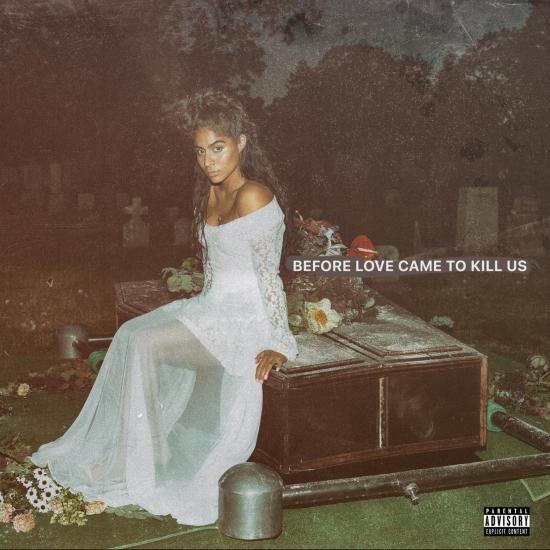 Info for BEFORE LOVE CAME TO KILL US

Grammy-nominated singer/songwriter Jessie Reyez will unveil her debut album BEFORE LOVE CAME TO KILL US on March 27th. It follows the success of widely acclaimed EPs `Kiddo' and `Being Human In Public'. Includes hit single "Imported" with 6LACK. The Toronto-born/Colombian-bred powerhouse has racked up award nominations and wins, including a Breakout Artist Juno Award. Her songwriting prowess is also flexed on tracks like Calvin Harris' "One Kiss" with Dua Lipa and "Promises" with Sam Smith.
The news follows the release of her third hit single “Love In The Dark” and the announcement of her debut studio album Before Love Came To Kill Us due March 27 via FMLY/Island Records/Universal Music Canada, the country's leading music company. “Love in The Dark” is an immensely poignant and vulnerable song about lost love. The single has garnered over 7 M views shortly after release and has amassed well over 3M streams to date. Resulting in great acclaim from both fans and press, including Pitchfork, Rolling Stone, The Fader, Billboard, Hypebeast, Complex, and more, including The New York Times, which said “Jessie Reyez has a special voice that’s capable of serrated soul belting and several more nuanced modes. It can sizzle, it can hiss, it can quiver with nerve. On this arresting song about loss, it’s pulsing with perseverance and strength in the face of trauma.”
Jessie leverages her personal experiences to write through emotional pain and deliver a meaningful sound her fans can connect to and appreciate. Known for her outspoken storytelling and raw vocals, emulating the likes of Amy Winehouse, Jessie uses her talents to expose the darkest corners of the music industry. She maintains this breed of storytelling in her forthcoming and heavily anticipated debut album Before Love Came to Kill Us while exploring themes surrounding immigration, feminism, and love in songs such as “Love in the Dark”, “Crazy”, and “Far Away.”
In the past year alone, Jessie has released a string of critically-praised songs, performed both “Far Away” and “Crazy" on Jimmy Kimmel Live!, as well as a duet performance of the GOLD-CERTIFIED reimagined hit single "Imported" with 6LACK on The Late Show with Stephen Colbert, a headlining tour, performances at a plethora of music festivals, and collaborations with many notable artists including Eminem, Kehlani, Daniel Caesar, Romeo Santos, Lewis Capaldi, Karol G, Bea Miller and has co-writing credits on Dua Lipa's hit song "One Kiss" with Calvin Harris and "Promises" with Calvin Harris and Sam Smith.
As she continues to accumulate accolades, praise, and success, Jessie maintains the strong work ethic instilled in her by her parents and is conscious of her Latin roots by collaborating with and providing guidance to both rising and established acts as she climbs the charts. It is through her hard work, grit, and collaborative efforts that her solo catalog has obtained nearly one billion streams worldwide while her videos have resulted in over 230M views. Her raw vocals paired with her unique point of view and soulful expression make her an exciting rising star among critics and fans, putting her on the path to becoming a cherished household name in 2020.
Jessie Reyez, vocals 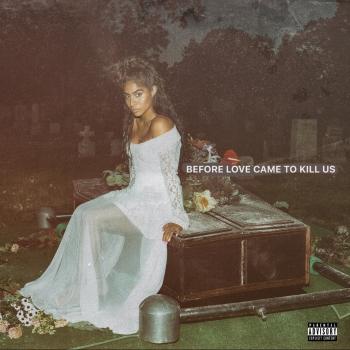 BEFORE LOVE CAME TO KILL US 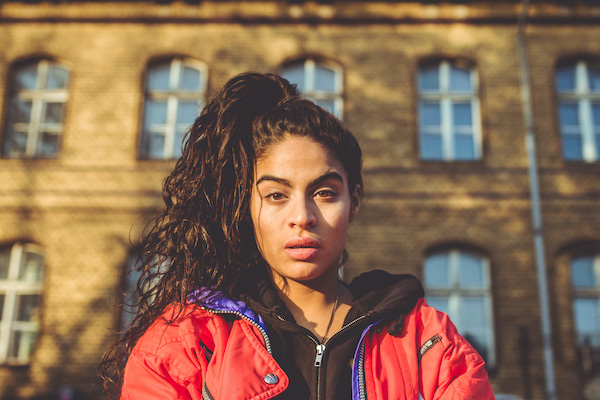 Jessie Reyez
Earnest and raw, Jessie Reyez’s music comes from a genuine place. Born in Toronto, Canada to Colombian immigrants, Jessie’s is a story that constantly weaves different worlds together. She was first introduced to the guitar by her father as a child when she had already shown signs of being an impressive vocalist. Reyez’s inseparability with the instrument and gifted voice insured her lifelong artist’s journey from a young age.
Reyez began to pursue music more seriously out of high school and found a few early collaborators while still in Toronto. However, in 2012, Jessie's family made a long awaited move to South Florida. Reyez continued trying to break into the music industry, but found it even more difficult than in her home city. Instead, she took the DIY approach: shooting, recording, and teaching herself to edit her own videos with friends.
After catching some early attention online in 2014, Jessie returned to Toronto to attend The Remix Project’s Academy of Recording Arts- an internationally awarded artistic incubator. It was through Remix that she connected with the creatives that would help her realize the next phase of her journey.
Graduating at the end of 2014, Jessie began taking part in writing camps and connecting with diverse talents across the world such as King Louie, Chance the Rapper, Calvin Harris & frequent collaborator Tim Suby. In late 2016 she released her violent heartbreak anthem, ”Figures", as the first song released off her debut EP "Kiddo". The single was premiered by Zane Lowe and championed by Elton John on Beats1 Radio, speaking intimately to people around the world while earning a great deal of attention from labels as well as acquiring millions of plays across multiple platforms.
”Kiddo” is a soundscape of Jessie's life inspired by some of her most emotional experiences. Whether sad, angry or triumphant, the EP gracefully crosses lines and callously ignores boundaries. When asked what genre in which she does consider herself, Jessie will often reply in complete seriousness: “Quentin Tarantino".
Over the past year Reyez’s career has catapulted into stardom. She has graced different media platforms including a late night TV debut on The Tonight Show Starring Jimmy Fallon, a premiere performance of “Gatekeeper” on Late Night With Seth Meyers, and a performance of “Figures” at the 2017 BET Awards. Reyez has even secured her creative genius by stepping outside of the box and releasing the significant short film “Gatekeeper: A True Story” that accompanied the track “Gatekeeper”, exposing industry sexism and predatory behavior. The film garnered coverage from media including Noisey, Complex, Pigeons & Planes, Billboard, BET, Rolling Stone, W Magazine, HITS, Interview Magazine and more.
Her standout hit single “Figures” has reached over 80 million streams worldwide and garnered over 20 million global video views. Reyez recently enlisted the soulful Daniel Ceasar for “Figures, A Reprise” and the two performed the song together at this years JUNO Awards. In addition to the performance, Jessie received Canada’s most prestigious award in music: a Juno for 2018’s Breakthrough Artist of the Year, further solidifying her immense talent and artistry.