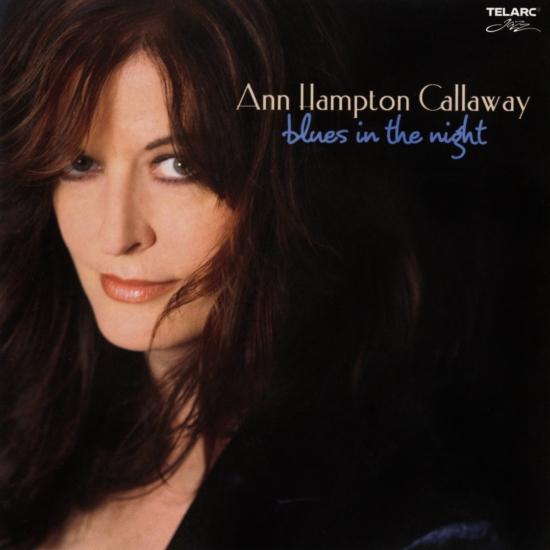 Info for Blues In The Night (Remastered)

Making her Telarc debut, Ann Hampton Callaway comes out strong with Blues in the Night, featuring the title track she made famous in the musical 'Swing'. There are fiery original tunes such as 'I'm-Too-White to-Sing-the-Blues, ' 'Swingin'Away the Blues,' and 'Hip to Be Happy'. Ann brings in a cache of performers to guide her through the night including the DIVA Jazz Orchestra under the direction of Sherrie Maricle, her longtime accompanist Ted Rosenthal, Christian McBride, and Lewis Nash. Ann also performs a medley 'Stormy Weather / When the Sun Comes Out' with her sister Liz Callaway.
"...unique and soulful enough to make you reach for the 'repeat' button..." (Keyboard magazine)
"Overall this is Callaways most successful jazz venture on record to date." (Jazz Police)
"This is a highly recommended jazz vocals CD... Get a copy for yourself and a friend. Well worth your time!" (Jazz Review)
"Ann Hampton Callaway is not your typical jazz songbird. For one thing, she's an accomplished and award-winning songwriter, which is unusual in a field dominated by interpreters. But what's most surprising is her voice -- it's a low alto instrument with a rich, dark, butterscotchy tone, and when she gets way down into her lower range the effect can be downright startling. Her latest album is a pleasing mixture of originals and standards, some performed with a small combo that includes bassist Christian McBride and drummer Lewis Nash, others with the all-female Diva Jazz Orchestra. The big-band pieces pack the most wallop, which is no surprise given both the quality of the band and the fact that the arrangements were written by the great Tommy Newsom; a powerhouse rendition of her own "Swingin' Away the Blues" opens the program with a serious bang, and her small-scale but equally powerful take on the chestnut "Blue Moon" carries the energy forward nicely. The rest of the album is a mix of tender ballads and vibrant uptempo numbers, most with a theme related to the blues, either in a mood of resigned acceptance ("Spring Can Really Hang You Up the Most," "Willow Weep for Me") or defiant opposition (the Callaway original "Hip to Be Happy"). She imbues most of these songs with a smoldering, torchy quality that brings new energy to old material, and her new songs stand up very nicely next to the established standards. Highly recommended." (Rick Anderson, AMG)
Ann Hampton Callaway, vocals
Ted Rosenthal, piano
Christian McBride, bass
Lewis Nash, drums
With special guests:
Liz Callaway, vocals
David Gilmore, guitar
Sherrie Maricle and the Diva Jazz Orchestra
Produced by Ann Hampton Callaway and Elaine Martone
Digitally remastered 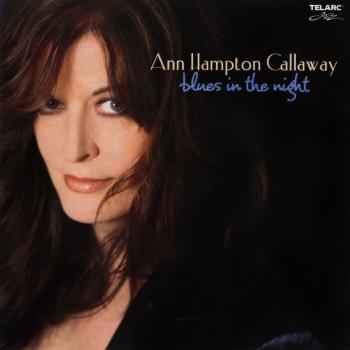 Blues In The Night (Remastered) 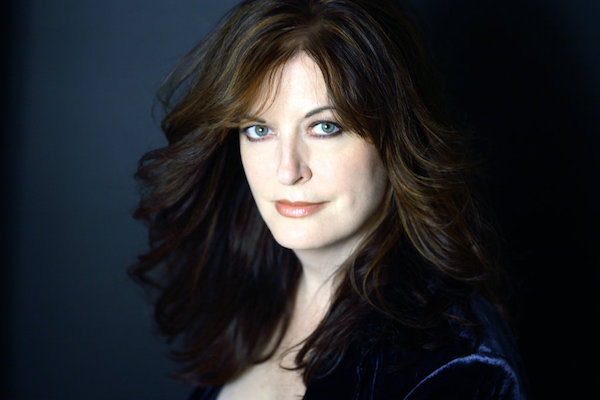 Ann Hampton Callaway
is one of the leading champions of the great American Songbook, having made her mark as a singer, pianist, composer, lyricist, arranger, actress, educator, TV host and producer. A born entertainer, her unique singing style blends jazz and traditional pop, making her a mainstay in concert halls, theaters and jazz clubs as well as in the recording studio, on television, and in film. She is best known for Tony-nominated performance in the hit Broadway musical Swing! and for writing and singing the theme song to the hit TV series The Nanny. Callaway is a Platinum Award winning writer whose songs are featured on seven of Barbra Streisand's recent CD's. The only composer to have collaborated with Cole Porter, she has also written songs with Carole King, Rolf Lovland and Barbara Carroll to name a few.
Callaway's live performances showcase her warmth, spontaneous wit and passionate delivery of standards, jazz classics and originals. She is one of America's most gifted improvisers, taking words and phrases from her audiences and creating songs on the spot, whether alone at a piano or with a symphony orchestra. Ann has been a special guest performer with Wynton Marsalis and the Lincoln Center Jazz Orchestra, with Keith Lockhart and the Boston Pops at Symphony Hall and Tanglewood and is featured at many of the Carnegie Hall tributes. She has sung with more than thirty of the world's top orchestras and big bands, and has performed for President Clinton in Washington, D.C. and at President Gorbachev's Youth Peace Summit in Moscow. Callaway performed with her sister, Broadway star Liz Callaway, in their award-winning show Sibling Revelry at London's Donmar Warehouse. Their newest act "Boom!," a critically acclaimed celebration of the babyboomer hits of the 60's and 70's, was recorded on PS Classics which debuted in the top 25 on Billboard Jazz. Ann was featured in the Macy's Day Thanksgiving Parade telecast watched by 6 million people singing Emmy Award winning song "Yes, Virginia." Recently Ann debuted her latest symphony show "The Streisand Songbook" with The Boston Pops and continues to tour the show with top orchestras across the country into 2015. Said Randall Fleischer after conducting the show with The San Francisco Symphony, "Ann's tribute to Streisand is a glorious evening of great songs, brilliantly orchestrated and sung magnificently." After performing the show at 54 Below, she garnered two Broadwayworld.com Awards and the 2013 MAC Award for Show of the Year.
Ann's new recording The Sarah Vaughan Project: Live at Dizzy's will be released on September 16th. She is featured on her sister Liz Callaway's holiday EP Merry and Bright as well as Arbor's Records CD Johnny Mandel: The Man and His Music. Her recent solo CD's At Last, Blues in the Night, Slow and Signature have received high critical acclaim. She has recorded two popular holiday CD's - Holiday Pops! With Peter Nero and the Philly Pops, and her solo CD, This Christmas. Ann's other recordings include Easy Living, To Ella with Love, After Ours, Bring Back Romance, Ann Hampton Callaway, and the award-winning live recording Sibling Revelry. Callaway has also been a guest performer on more than forty five CD's including Kenny Barron's CD The Traveler.
Ann's dream of working in film, TV and radio has been realized in several recent projects. She made her feature film debut opposite Angelina Jolie and Matt Damon in the Robert De Niro film "THE GOOD SHEPHERD", performing the standard "Come Rain or Come Shine". She recorded "Isn't It Romantic?" and "The Nearness of You" in Wayne Wong's "LAST HOLIDAY", starring Queen Latifah. Ann recently wrote songs for the upcoming movie musical "STATE OF AFFAIRS", to be directed by Philip McKinley. And, as a part of her mission to keep the American Songbook thriving, she has produced and hosted two TV specials Called "Singer's Spotlight With Ann Hampton Callaway" with guests Liza Minnelli and Christine Ebersole for WTTW National which will dovetail into her radio series for NPR in development for 2014.
Ann devotes much of her time to philanthropic causes, both as a singer performing in numerous benefits, and as a songwriter composing songs in times of need. In September 2005, Ann performed her original composition "Let the Saints Come Marching", written to honor Hurricane Katrina victims, on a national TV broadcast on the Fox News Channel. Her song "Who Can See the Blue the Same Again?" was released earlier in 2005 as a single, paying tribute to the tsunami survivors and raising much needed money for The Tsunami Fund of The PRASAD Project. In the aftermath of September 11th, Ann composed the stirring anthem, "I Believe in America", which she performed on Larry King Live and released as a CD single. Just days after the tragedy, Ann heard an 8,000 year old prayer from the Rig Veda and composed the world renowned "Let Us Be United". Ann recorded the song with Kenny Werner, The Siddha Yoga International Choir and five-year-old Sonali Beaven, who sang in honor of her father who lost his life on Flight 93. It was released on CD and DVD and its proceeds continue to benefit Save the Children and The PRASAD Project.
Ann's father was Chicago's legendary TV and radio journalist, John Callaway. Her mother, Shirley Callaway, a superb singer, pianist and one of New York's most in-demand vocal coaches, was recently featured at New York's Town Hall, singing with Ann and her sister, Liz.
Ann resides in New York. She lives by the creed best expressed in the Andre Gide quote: "Art is the collaboration between God and the artist and the less the artist does, the better."