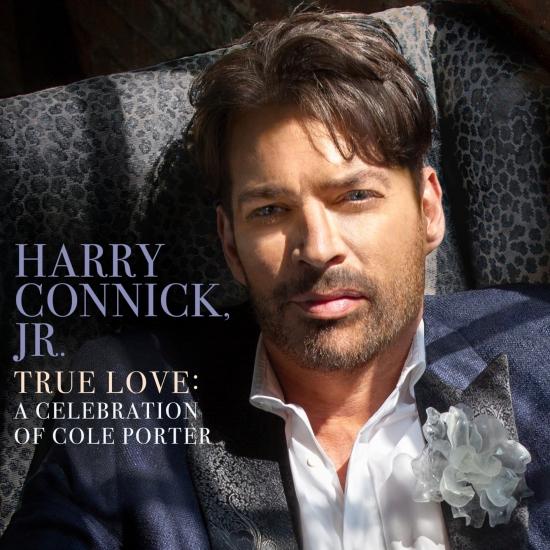 Info for True Love: A Celebration Of Cole Porter

The multi-talented Connick sings, plays, arranges and conducts on his Verve Label debut.
Cole Porter has passed the test of time. His body of work, composed primarily for Broadway and Hollywood, comprises one of the central chapters in the Great American Songbook. As Alec Wilder noted in his classic study American Popular Song, Porter “added a certain theatrical elegance, as well as interest and sophistication, wit, and musical complexity to the popular song form.”
It is not surprising that Porter (1891-1964), who redefined what it meant to be the complete songwriter, would appeal to Harry Connick, Jr., whose success in several styles of music as well as film, theater and television has reshaped the notion of what it means to be the complete entertainer. Porter’s songs provide an ideal source for Connick to unleash his skills as vocalist, pianist, arranger, orchestrator and conductor on True Love: A Celebration of Cole Porter, Connick’s first release under his new affiliation with the Verve Label.
“I always have ideas for several different types of albums,” Connick explains. “This time, I decided to do a songbook, which led me to do a deep dive into the composers who resonate with me. A few things about Cole Porter stood out. He was one of the few who wrote both words and music, his lyrics were witty and conveyed multiple meanings, he would break rules with melodies and chords, and he could write songs for specific situations in shows and movies that could then take on a life of their own. It became clear that he was my number one.”
Porter clearly did not fit the mold of the typical Tin Pan Alley songsmith. The son of a wealthy midwestern family who was educated at Yale and Harvard, he lived the jazz age life in Paris and Manhattan, and then wrote about it with an uncommon frankness. From his first commercial success in 1928 until complications from a horseback riding injury led him to stop composing three decades later, Porter displayed an unmatched gift for songs that conveyed intelligence and class yet spoke to every member of his audience.
“He clearly knew a lot about music,” Connick notes, “and could have arranged and orchestrated as well if he wanted to. He loved to set up one last change of direction just when you think he’s wrapping a song up, but in other cases could be as simple and direct as possible. I could do five album’s worth of his songs.”
In the end, Connick opted for a baker’s dozen of the familiar and lesser-known, songs that were “fun to arrange and do differently” and others that demand a more traditional treatment. Three of the choices – “Mind If I Make Love to You,” “You’re Sensational” and the title track “True Love” – come from Porter’s last great score for the 1956 film High Society, which found him composing for three definitive artists, Louis Armstrong, Bing Crosby and Frank Sinatra.
“I’m shocked that `Mind If I Make Love to You’ didn’t take off,” Connick says about perhaps the most obscure track in the collection, which is delivered over one of seven tracks in which a string ensemble is artfully blended with the singer’s big band. In contrast, “True Love,” which Connick describes as “so simple and short that it just had to be extended,” is transformed from a languid waltz to a medium-tempo 4/4 groove. Other highlights include “Just One of Those Things,” slowed down from its usual racetrack tempo but still swinging, and “All of You,” a song Connick considers “so sexy that it simply had to be interpreted as sensually as possible.”
Connick’s effort in pulling True Love together was typically Herculean. After selecting the songs and writing and orchestrating the arrangements, he assembled and conducted a big band comprised primarily of longtime associates, then moved to another studio to conduct the strings, and only then entered the recording booth and laid down vocal tracks, singing each song twice, in alphabetical order. The results show new depths in every area of Connick’s creativity.
“I do think I have more control as a singer, and my range has definitely gotten bigger,” he explains. “But in general I think that I’ve grown to place more emphasis on merging artistry and accessibility. I’m not being as cute, not trying to show off how fancy I can get. When you’re 25, you want to write anything you come up with. Now, if it’s super simple and fits the music, that’s cool.” One track that is not super simple, however, is “Begin the Beguine,” with its dazzling piano solo that sounds like a merger of Oscar Peterson and Professor Longhair. “Tracey Freeman, my producer, is responsible for that one,” Connick laughs. “He said, `Stop giving everyone else solos. You play.’ So we recorded `Begin the Beguine,’ which is about the hardest thing I’ve ever played. That was one place where I just wanted to lay the gauntlet down.”
True Love has left Connick with an even greater appreciation of Cole Porter. “What impresses me the most,” he summarizes, “is how he went at his sentiments wholeheartedly. As poetic as he was, he came right out and said it. It’s going to be way past our lifetime before this music is gone.” Harry Connick, Jr. is still building his resume, but when the time comes to test his achievements his inspired take on the music of Cole Porter will surely stand as an imposing piece of evidence.
Harry Connick Jr., vocals 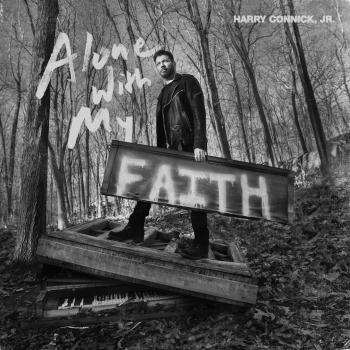 Alone With My Faith 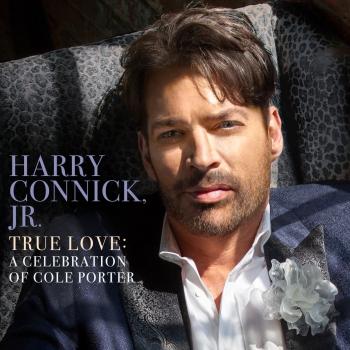 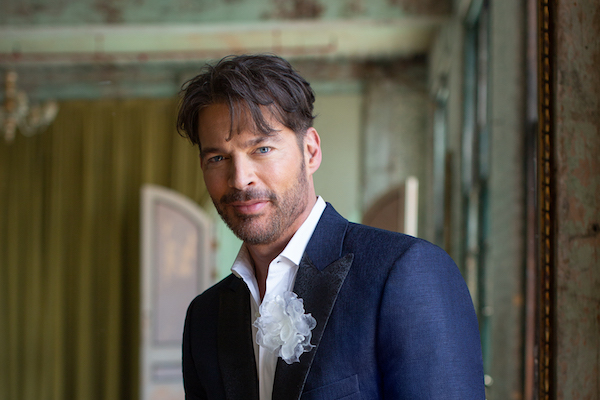