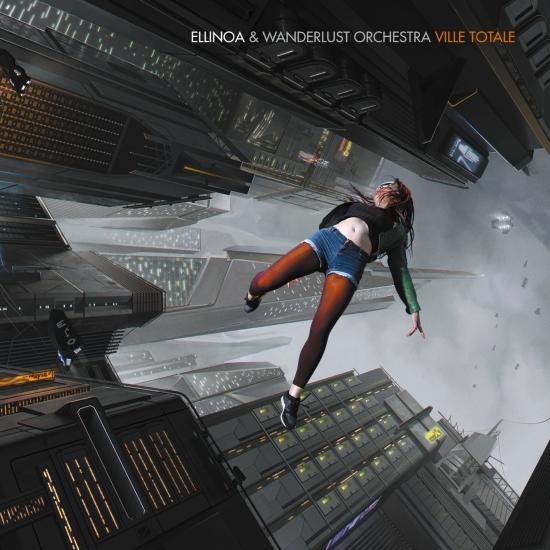 Ellinoa is an atypical artist who captivates with her sparkling voice, her inhabited improvisations and the richness of her universe. Expressing herself as much through her voice as through her writing, musical exploration is at the heart of her artistic approach. Whether at the head of the Wanderlust orchestra, an orchestra of 15 musicians, or in her smaller formations, she never stops pushing her limits as a performer, improviser and composer.
The Wanderlust adventure began more than 5 years ago. Directed by vocalist Ellinoa, who writes the repertoire, the band has become an essential voice of the young generation of large jazz ensembles. Halfway between a big band and a mini symphony orchestra, its atypical instrumentarium allows it to oscillate between explosive energy and sparkling grace.
Wanderlust Orchestra:
Ellinoa, vocals, direction
Sophie Rodriguez, flute
Balthazar Naturel, bass clarinet, cor anglais
Illyes Ferfera, alto saxophone
Pierre Bernier, tenor saxophone
Paco Andreo, trombone
Héloïse Lefebvre, violin
Widad Abdessemed, violin
Séverine Morfin, viola
Juliette Serrad, cello
Matthis Pascaud, guitar
Thibault Gomez, piano
Arthur Henn, double bass
Gabriel Westphal, drums
Léo Danais, drums 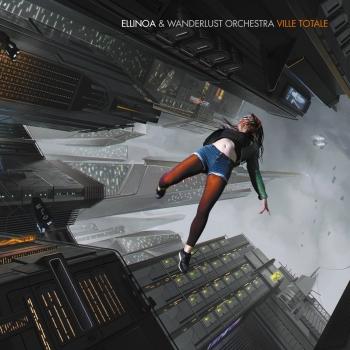 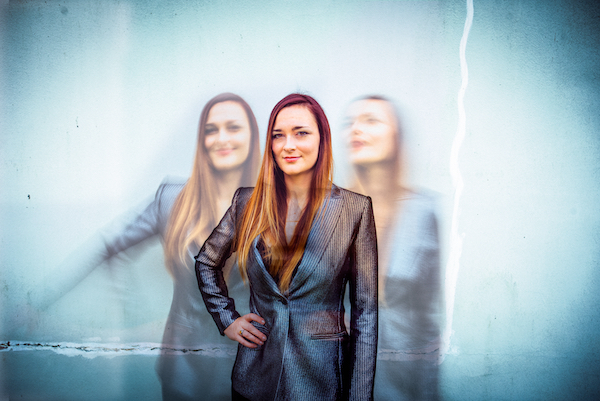 Ellinoa
is an atypical artist who captivates with her sparkling voice, her inhabited improvisations and the richness of her universe. Expressing herself as much through her voice as through her writing, musical exploration is at the heart of her artistic approach, as evidenced by the wide range of projects she champions. Whether leading the Wanderlust Orchestra, an ensemble of 15 musicians whose first album was released in spring 2018 ("Révélation" Jazz Magazine, "Élu" Citizen Jazz...) or in her smaller formations, such as OPHELIA (album **** Jazz Magazine released in 2020), she never ceases to push her limits as a performer, improviser and composer. Eager to experiment, Ellinoa also puts her voice at the service of other projects, in particular Theorem of Joy by double bassist Thomas Julienne, the vocal sextet Shades, the ONJ for the Rituels programme, for which she also wrote a piece, and for the revival of André Hodeir's Anna Livia Plurabelle, and she multiplies her collaborations within the current jazz scene.
This former student of Sciences Po trained at the Centre des musiques Didier Lockwood where she now performs and where she was awarded a Prix d'Excellence in 2015 as well as a special mention for the soloist.
Winner of Jazz en Baie 2014, Jazz en Ouche 2015, Prix de Soliste Action Jazz 2017, she is enriched by experiences and encounters, having shared moments on stage and in the studio with Omar Sosa, Sixun, David Linx, Carine Bonnefoy, Sébastien Jarrousse, Anne Paceo... Ellinoa is also one of the 12 "Génération Spedidam" 2018-2022 artists and is a resident artist at l'Estran, a multidisciplinary stage in Guidel, for two seasons, which allows her to refine her creations, invent new ones, but also to write for different audiences of musicians in training or amateurs.
As a prominent sidewoman, Ellinoa has been featured on many recent recordings, in addition to her personal projects (ONJ, Les Rugissants, Fred Perreard, Sébastien Jarrousse, Alexis Nercessian and LOWN, Joachim Govin, Corentin Rio, Gabriel Midon, Maxime Perrin...).