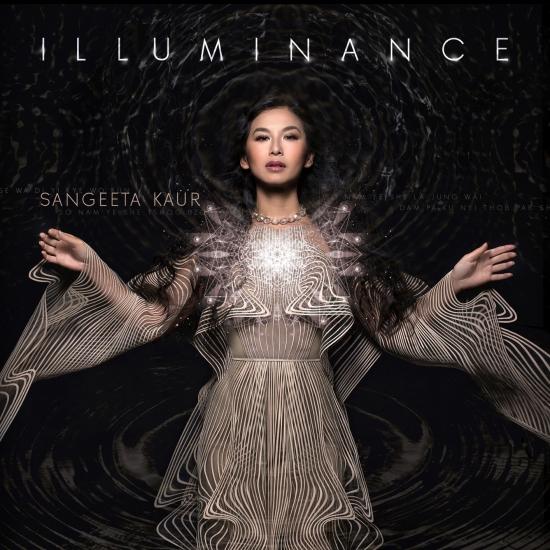 A silky-smooth voice rests in the very center of Sangeeta Kaur’s ethereal “Illuminance”. Her breathy vocals have an angelic quality to them while they unfurl at their own pace. Quite operatic in their cadence the ambient classical bliss works wonders in creating a fully soothing sound. So reassuring the way the action ebbs and flows gives the album a living, breathing quality. Flourishes matter a great deal for the small touches add to the overall heft of the sound. Melodically rich the evolution of the sound and texture matters a great deal. Within these tracks, small symphonies rise up. Each piece becomes a part of an ever-greater whole. Best taken in as a whole the consistency of the approach further adds to its magical allure.
Setting the tone for what follows is the beautiful “All My Love”. Rich tapestries of sound emerge on the yearning quality of the title track “Illuminance”. The gentle crescendos of “Light of Love” feel so brilliant, as her voice wafts up into the heavens with such tremendous ease. A playful glow rests at the very heart of “Path of Light”. Easily the highlight of the album, a pastoral bliss permeates its entirety. Poetry defines the spirited adventure of “Come and Find Me”. Fragile melodies flourish throughout “Stardust”. Nicely bringing everything to a close is the togetherness of the finale “Dedication”.
“Illuminance” shows off the impressive skill of Sangetta Kaur in delivering something so quiet yet so powerful.
Sangeeta Kaur 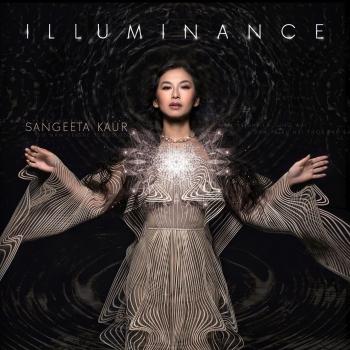 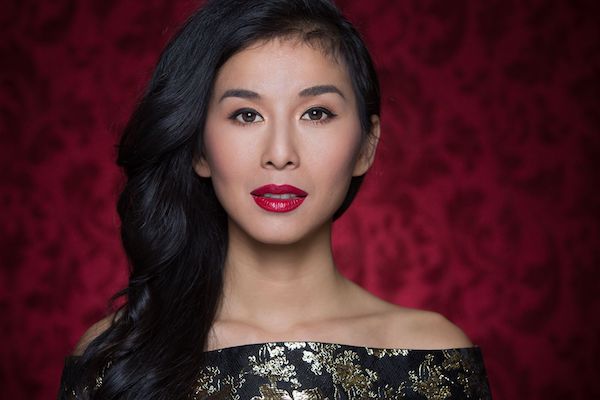 Sangeeta Kaur
Multimedia artist, modern-day Renaissance woman, and vocal powerhouse Sangeeta Kaur (Teresa Mai) is a singular talent. Sublime vocalist, charismatic performer, devotional spiritual practitioner, Sangeeta’s body of work is both cinematic in scope and accessible to the casual listener. In a world where we are all searching for inspiration, Sangeeta consistently delivers.
Sangeeta pursued the formal study of music since she found refuge and even miracles through music at a young age. Teachers recognized her natural talent and gifted voice and encouraged and supported her through training and scholarships. Through their direction and her persistence and practice, Sangeeta earned a Bachelor of Music degree in Opera Performance from the Bob Cole Music Conservatory at California State University, Long Beach; and a Masters of Music in Vocal Performance from Boston Conservatory.
While traveling the world as an operatic vocalist, Sangeeta was introduced to the power of spiritual mantra as well as the discipline of yogic practices. Through song, she started to develop a spiritual practice that continues to transform her life and influence her musical expression. As she says, “My life’s goal is to share music from a high vibrational place.”
The high vibrational place shines through in every mantra Sangeeta chants, every aria she sings, and in every original composition she shares. Her body of work spans a wide range of genres and traditions showcasing her talents in composing and performing music ranging from soaring operatic arias to musical theater, New Age compositions, sacred mantra chants in multiple languages, and uplifting and accessible English singer-songwriter arrangements.
So far she has released four award-winning albums: Niguma, Ascension, Mirrors, and Compassion. With a team of collaborators, Sangeeta produced, staged, and premiered the ambitious and acclaimed mantra opera Niguma, in Los Angeles. Her growing list of additional collaborations include work with noteworthy pop producer Narada Michael Waldon, Grammy Winner Peter Kater, Grammy winning singer Hila Plitmann, the Hungarian Studio Orchestra, Hungarian Studio Choir, Gerhard Joost, Nicholas Neidhardt, and more. Sangeeta brings new meaning to world music with her innovations, creativity, and in production and performance.
Some of the many awards she has received include induction into the Indie Music Hall of Fame by the Indie Music Channel, Best New Female Artist of the Year and Best Classical Artist from the Indie Music Channel, multiple Peace Song Awards, and multiple Radio Song Awards, among others. Sangeeta is committed to being an independent artist who is serving in the creation of entertainment that inspires and progresses beyond genre to truly harmonize with the heart. Through awards and acclaim, Sangeeta is regularly recognized for the purity, clarity, and resonance in her voice.
Sangeeta performs on stage regularly and is currently in the recording studio creating new work that merges classical and contemporary music with mantra and a range of lyrical traditions and approaches. The mainstream embrace of Sangeeta’s spiritual approach to music that is soulful and healing reinforces the meaning of this musical journey.