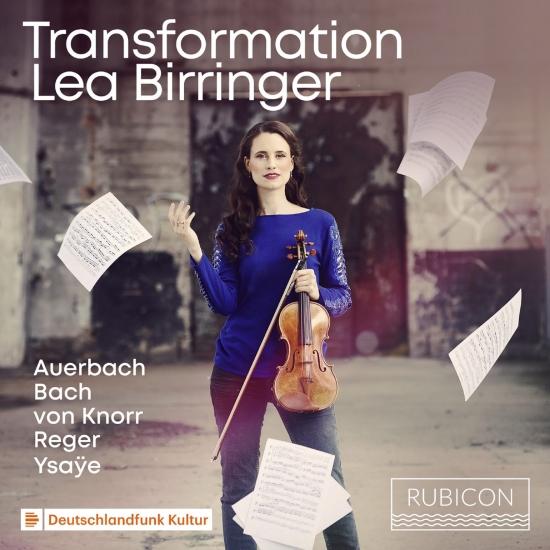 For her first solo violin album Lea Birringer has selected three partitas for her instrument: partitas transformed over the centuries since Bach, commencing with Bach’s great Partita No.3 in E major and ending with Auerbach’s 2007 example ‘par.ti.ta’.
Lothar von Knorr’s Partita from 1946 will most likely be a discovery for most listeners.
Her programme also includes works by Reger and Ysaÿe.
Lea Birringer, violin 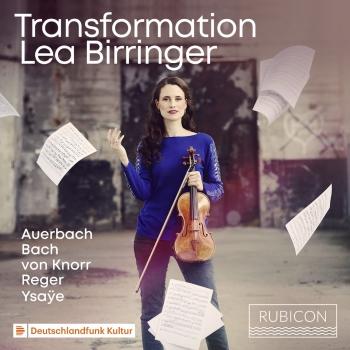 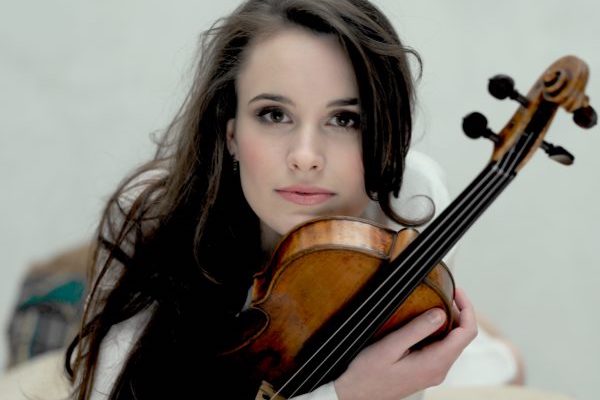 Lea Birringer
Verve, passion and full-blooded commitment are the characteristics which the German violinist Lea Birringer is most often associated with. Plenty of attention to detail coupled with high conceptual standards characterise the violinist's playing, while she 'seemingly casually unleashes fireworks on the violin' (O-Ton).
The young violinist, who completed her musical education with Igor Ozim at the Salzburg Mozarteum and with Pavel Vernikov in Vienna, 'knows what she wants to convey. Her performance is much more that of a musician than just a violinist' (DrehPunktKultur). This musicality is also reflected in her numerous awards and prizes, among others at the international violin competitions Johannes Brahms, Kloster Schöntal, Premio Rodolfo Lipizer, Louis Spohr and Abram Yampolsky. For those extraordinary accomplishments, she was honored by her hometown Saarbrücken with the Cultural Award.
Her debut with the Berliner Symphoniker was followed by invitations to festivals such as the Salzburg Festival, the MDR Music Summer, the Usedom Music Festival, the Maggio Musicale Fiorentino, the Davos Festival, the Festspiele Mecklenburg-Vorpommern and the Crescendo Winter Music Festival in Florida, as well as appearances in major European music centres, including the Philharmonie Berlin, the Laeiszhalle Hamburg, the Gasteig in Munich, the Herkulessaal in Munich, the Musikverein in Vienna, the Maggio Musicale in Florence and the Louvre in Paris.
An enthusiastic chamber musician, Lea Birringer collaborated with artists like Igor Levit, Pavel Vernikov, Atar Arad, Barbara Bonney, Eszter Haffner and Wen-Sinn Yang.
In 2011 Lea Birringer had a big chamber music breakthrough in collaboration with her sister and permanent Duo partner Esther Birringer (Piano). The siblings caused a furor by winning two prestigious international chamber music competitions consecutively, Premio Vittorio Gui and Concorso Internazionale di Musica da Camera Città di Pinerolo. Since then the Duo has received numerous invitations from chamber music festivals and concert series, and has impressed audiences with their stylistic and original interpretations of works from both the standard and modern repertoire.
After their debut recording, which was released by Avi-music in 2014 with sonatas by Hindemith, Szymanowski and Respighi, the sister’s second album 'Lifelines' followed in 2018 on the British label Rubicon Classics with works by Grieg, Liszt and Franck: 'This musical adventure is an absolute must for any chamber music aficionado' (Pizzicato). In 2019 Rubicon Classics will release Lea Birringer's first solo album with virtuoso works by Sarasate, Paganini, Ravel and Waxman.
After graduating the University Mozarteum in Salzburg and the Music and Arts University of Vienna, Lea was teaching as assistant of Pavel Vernikov at the Haute École de Musique de Lausanne, Site de Sion and had a teaching position at the University of Music Franz Liszt Weimar. Additionally, she gave masterclasses in Europe, Latin America and the US and has been invited to be member of the jury at the German violin competition 'Jugend musiziert'. At present, she is guest teacher at the Accademia d’Archi Arrigoni in Italy.