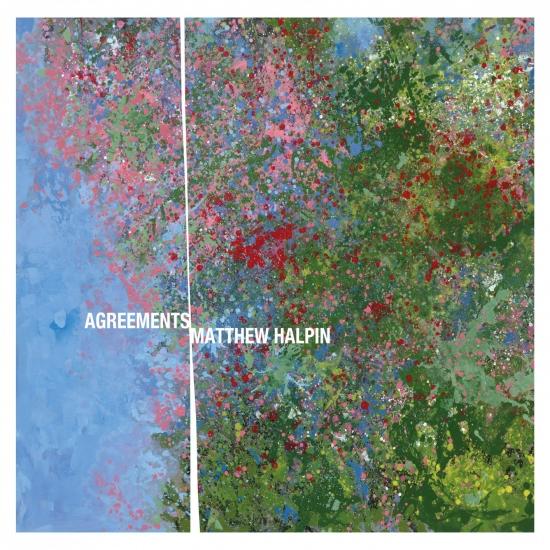 Agreements is the debut release for Irish tenor saxophonist Matthew Halpin. Graduated from Berklee College of Music as a presidential scholar in 2013 and based in Cologne since 2015. For his debut album, Halpin has assembled a cast made up of some of the most influential musicians he has encountered during his times in Dublin, Boston and Germany.
The music is a selection of Halpin’s original compositions. Both the style of composition and the atmosphere that the musicians collectively create, represent the key values and philosophies of Halpin’s approach to music. These values in particular consist of interplay, reactiveness, openness, stability, humour, honesty, heart, multidimensionality and movement.
The balance remains fluid between individual and group, composed and improvised, background and foreground. The result is an album that bobs and weaves, turns tight on hairpins and runs full throttle on the straights, simultaneously carrying the depth and weight of true artistic intent and a lightness and whimsy that will make your heart sing and your ears perk up.
Matthew Halpin, saxophone
Kit Downes, Hammond organ
Hanno Busch, electric guitar
Sergio Martinez, percussion
Sean Carpio, drums
Rebekka Salomea Ziegler, vocals
Laura Totenhagen, vocals
Veronika Morscher, vocals 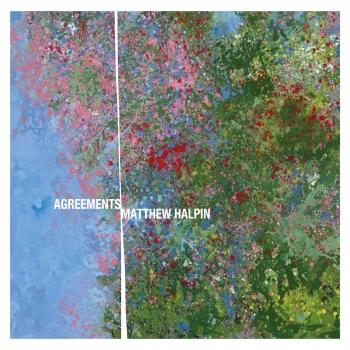 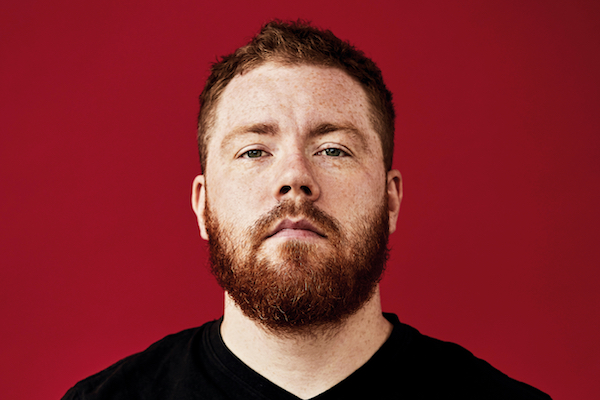 Matthew Halpin
is a saxophonist and composer born in Dublin, Ireland. He graduated from Berklee College of Music in 2013 (BA) and is currently based in Ireland and Germany.
Matthew began studying saxophone at the Royal Irish Academy of Music in Dublin from 2000 - 2007. In 2008 he took part in the Banff Centre’s workshop in jazz and creative music directed by Dave Douglas and again in 2017 under the direction of Vijay Iyer. Matthew commenced his bachelor degree studies at Berklee College of Music in 2009 as one of two international presidential scholars of that year. In 2010 he was chosen to be educated through the Berklee Global Jazz Institute, a highly concentrated two year music performance program headed by pianist Danilo Perez. He graduated from Berklee in 2013. He has studied with George Garzone, Joe Lovano, Ben Street, John Patitucci, Danilo Perez, Jamie Oehlers, Rudresh Mahanthappa, Vijay Iyer, Tyshawn Sorey, Andrew Cyrille, Gary Bartz, Terri-Lynn Carrington, Julian Lage, Dave Liebman and Hal Crook.
Matthew leads and co-leads several bands, these include "Last Chance Dance", "The Owl Ones", "Cats Out of the Bag", "Earwax Control", "Spilt Milk", "Gamerz", "Modern Men" and "Roamer".
Currently he plays as a sideman with Hendrika Entzian, Jonathan Hofmeister, Riaz Khabirpour, Veronika Morscher, Mike Nielsen and Maximilian Stadtfeld. He also works with larger ensembles such as the RTE National Concert Orchestra, the Dublin City Jazz Orchestra and the Irish Youth Jazz Ensemble. Matthew is a regular member of faculty at the Sligo Jazz Project in Ireland and has taught masterclasses around Europe, USA and Central America.
Matthew has performed at the Blue Note and Dizzy’s Jazz Club in New York, the Panama Jazz Festival, the Monterrey Jazz Festival, the Newport Jazz Festival, the Berklee Beantown Jazz Festival, the National Concert Hall of Ireland, the Sligo Jazz Project, the Galway Jazz Festival, Merkin Concert Hall in New York, the Berklee Performance Center and the Kennedy Center. He performs more frequently in small, smelly, bars, pubs and jazz clubs.
Since 2013, Matthew has been composing on a regular basis for many of his own projects. His composition style is unique, distinctive and often braggadocios. Past releases which feature his compositions are: "Shadow Loves the Sun" by The Owl Ones and "Last Chance Dance" by Last Chance Dance trio. His compositions are also featured with the groups Gamerz, Modern Men, Roamer and Spilt Milk. Halpin's debut album "Agreements" is about to be released on Frutex Tracks featuring the four fantastic musicians Kit Downes, Hanno Busch, Sean Carpio and Sergio Martinez. ​