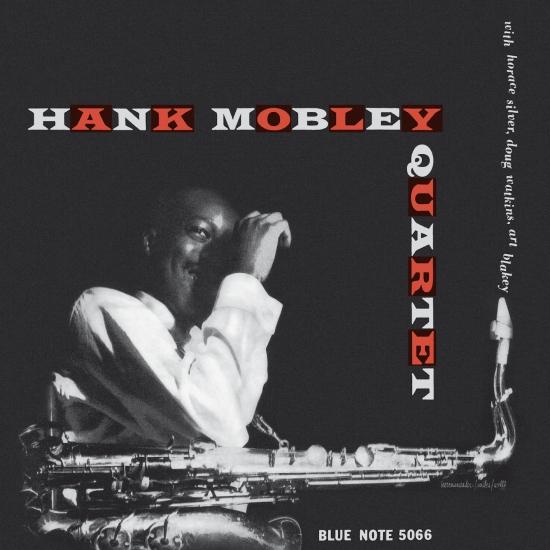 'Hank Mobley was not just a master of hard bop but one of its founders. With the Jazz Messengers and Horace Silver's Quintet, he helped to define the role of the tenor in hard bop, and his series of Blue Note recordings made him an influential force for 15 years. Originally a pianist, Mobley switched to tenor when he was 16, and by the early 1950s was a member of Max Roach's quartet. Mobley was with Dizzy Gillespie's group during 1954 before becoming an original member of the Jazz Messengers. At the time of this album, his first as a leader, Mobley was already a masterful player. Joined by both Horace Silver and Art Blakey, Mobley performs some of his best early material (including 'Hank's Prank,' 'Avila and Tequila' and 'Just Coolin'') and sets the standard for hard bop tenors of the next decade. The Hank Mobley Quartet is one of the most important early hard bop albums, a gem that shows why Mobley would be a regular Blue Note artist for the next 15 years.'
Hank Mobley, tenor saxophone
Horace Silver, piano
Doug Watkins, bass
Art Blakey, drums
Recorded on March 27, 1955 at Van Gelder Studio, Hackensack
Produced by Alfred Lion
Digitally remastered