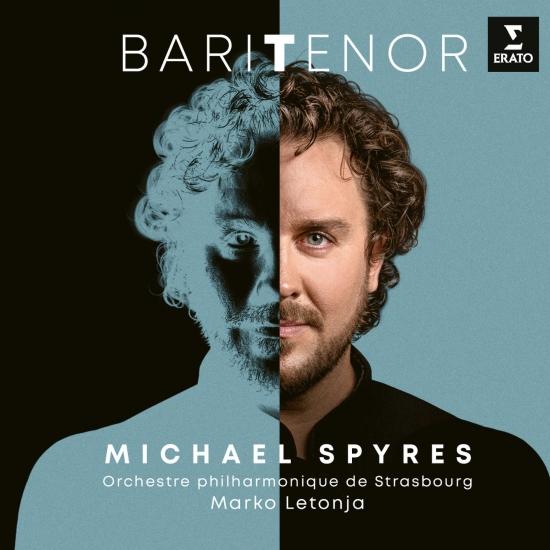 An album with a mission to defy classification, BariTenor is a tour de force for Michael Spyres. It ranges wide, encompassing repertoire normally assigned to both tenors and baritones. Programming 18 arias by 15 composers, it covers three centuries of opera in Italian, French and German, setting mainstream works beside relative rarities, and rediscovering Étienne Méhul’s Ariodant, first heard in 1799.
Michael Spyres has achieved renown as a multi-faceted tenor, but ‘baritenor’ is the term he uses to describe his voice, which balances brilliant high notes with a robust lower register. “Having started off as a baritone, I spent 10 years turning myself into a tenor. Voices like mine have existed as long as opera has existed, and the entire programme of this album is linked by the baritenor technique. I am making an honest attempt to explore the baritenor as a forgotten vocal phenomenon ... For me, this album is more than a dream come true.”
Joining Spyres are the Orchestre Philharmonique de Strasbourg under its Chief Conductor Marko Letonja, and the male singers of the chorus of the Opéra du Rhin.
Michael Spyres, tenor
Orchestre Philharmonique de Strasbourg
Marko Letonja, conductor 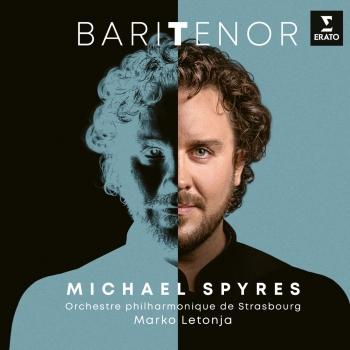 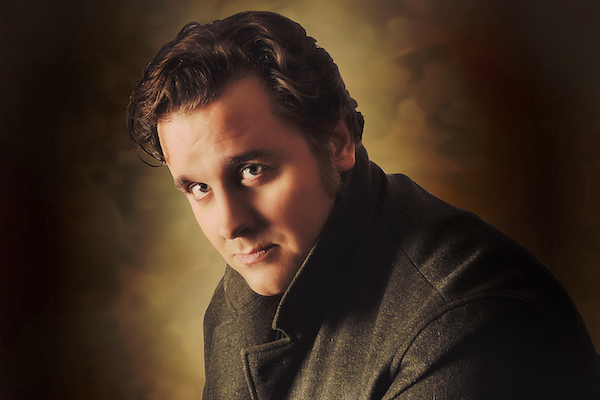 Michael Spyres
was born and raised in the Ozarks and grew up in an extremely musical family. Mr. Spyres is one of the most sought-after Tenors of his generation with 8 DVD’s and 25 cd’s to his name, he has been celebrated on the world’s most prestigious international opera houses, festivals and concert halls. Accomplished and acclaimed in the widest range of repertoire, his unique career has taken him from every genre from Baroque to Classical to 20th century, while firmly establishing himself as an expert within the Bel Canto repertoire as well as within Rossini and French Grand Opera.
The 2021/2022 season sees Michael's solo album debut, BariTenor, for Warners/Erato with the Strasbourg Philharmonie under the baton of Marko Letonja as well as his return to the stage in an incredibly wide range of repertoire from Lieder to BelCanto and Wagner to French Grand Opera and Verismo. This exciting season will see his return as Florestan in Fidelio with Raphael Pichon and Pygmalion at Opera Comique de Paris, his role debut as Wagner’s Tristan in a concert version of Act 2 with Opera de Lyon, his role debut as Canio in Leoncavallo's Pagliacci with the OLOpera, his return as Romeo to the Houston Grand Opera, as well as his anticipated debut in the title role of Mozart’s Idomeneo in Baden-Baden. In addition to the opera stage he will make his recital debut with Mathieu Pordoy in Atelier Lyrique deTourcoing, Theatre du Capital Toulouse, Festival Les Volques, as well as two separate recitals in Paris. On the concert stage Michael will star with the Ravello Festival, Opera Philadelphia, Strasbourg Philharmonie, Accademia Nazionale di Santa Cecilia , Gran Theatre de Liceu, Theater an der Wien, Theatre des Champs Elysees, and Teatro alla Scala.
Since 2015 Michael has had the honor to be the only International Opera Star who is not just a performer but also an impresario. Mr. Spyres has been the Artistic Director of his hometown opera company, the Ozarks Lyric Opera and has been involved in every aspect of the renaissance of his regional company. In addition to being the active Artistic Director he has translated libretti and actively teaches masterclasses while guiding young artists careers. The last years have seen him produce numerous events as well as 5 operas and gala concerts. For the 2019/2020 season Michael wrote/produced the 40th anniversary gala as well as an original pastiche on the life of Handel. This season will see his return to the OLOpera's main stage in over 10 years to star in his original vaudeville pastiche coupled with his role debut as Canio in his original concept of Leoncavallo's Pagliacci.
Michael has worked with some of the world's most renowned conductors such as Riccardo Muti, Sir John Eliot Gardiner, Sir Mark Elder, Valery Gergiev, Emmannuelle Haim, Sir Andrew Davis, Fabio Luisi, Michele Mariotti, Alberto Zedda, and John Nelson. In his meteoric rise Michael has quickly established himself as one of the greatest singers of his generation and has already sung at many of the world's most prestigious Opera houses and festivals worldwide such as Teatro San Carlo, Teatro dell’Opera di Roma, Teatro alla Scala, Teatro Comunale di Bologna, Aix en Provence Festival, Opera National de Bordeaux, Opera Comique, Théâtre des Champs Elysées, Covent Garden, English National Opera, Nederlands National Opera, Deutsche Oper Berlin, Berliner Festspiele, Opera Theatre Saint Louis, Chicago Lyric Opera, Houston Grand Opera, Metropolitan Opera, Gran Teatre del Liceu, ABAO Bilbao Opera, Teatro Real de Madrid, Wiener Staatsoper, and the Salzburger Festspiele.
In addition to his operatic career Mr. Spyres is equally accomplished within the concert world and has given concerts and recitals in Moscow, Saint Petersburg, Prague, Pesaro, Bologna, Napoli, Sao Paulo, A Coruna, Tokyo, Cape Town, Shanghai, Vienna, Dresden, Berlin, Munich, Lyon, Paris, Amsterdam, New York, Los Angeles, and Chicago.
This and future seasons will see him star at the Metropolitan Opera New York, Theater an der Wien, Gran Teatro de Liceu, as well as his return to the Theater an der Wien, Opéra National of Paris, Théatre Champs Elysée, Opéra Comique, Opera de Lyon, Houston Grand Opera, Opera Philadelphia, and his hometown opera, the OLOpera in Springfield, MO, USA.