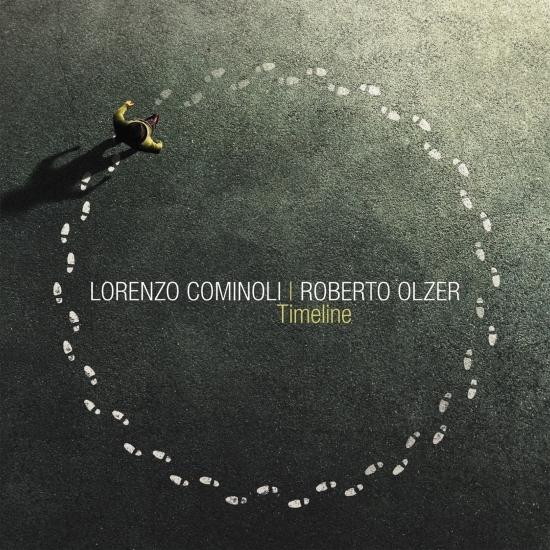 "Timeline" – as stated in its self-explanatory title – is a personal timeline, a chronological thread that unites significant events in our lives. Sometimes the lines of time intertwine, creating knots that leave a mark, trigger a change, lead to a turning point, until you get to another knot. You could condense in this sentence the manifesto of this album which stems from an ancient collaboration between the two artists who nevertheless had never crossed their paths discographically. Two different aesthetics those of Cominoli and Olzer; the first original in phrasing and melodic construction, intense and never taken for granted, the second consolidated pianist among the most interesting that appeared on the national scene in the recent period, with qualities not common also as composer and arranger . An elegant, refined album, with partly original pieces. A enjoyable and perfect sounding disc, even the most demanding audiophile palates.
Lorenzo Cominoli, guitar
Roberto Olzer, piano 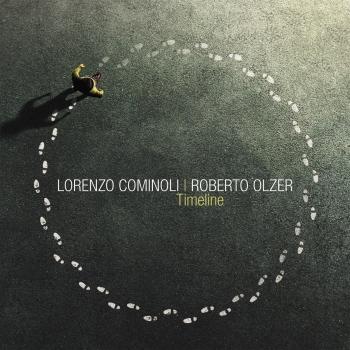 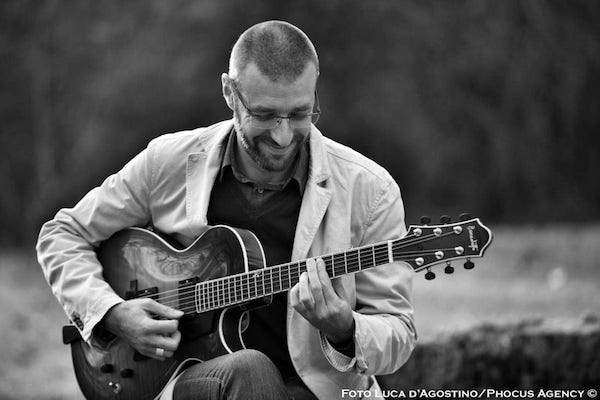 Lorenzo Cominoli
Student of American jazz guitarist Garrison Fewell (Berklee College of Music – Boston) and Sandro Gibellini (one of the most popular Italian jazz guitarists), he graduated in Jazz Guitar with full marks studying at the “Frescobaldi” Conservatory of Ferrara and the “Vivaldi” Conservatory of Alessandria, where it follows, also, the path of classical guitar studies until the fifth year. It specializes further following numerous workshops throughout Italy: to remember among others those of Siena Jazz (SI), Nuoro Jazz (NU) and Città di Castello (PG), studying, among others, with: Lage Lund, Umberto Fiorentino, Fabio Zeppetella, Bebo Ferra and Roberto Cecchetto.
Since the 90s he performed in several formations from duo to trio to the big band having the opportunity to work with numerous and popular musicians of the Italian jazz scene such as: Emanuele Cisi, Attilio Zanchi, Paolo Birro, Bebo Ferra, Jesper Bodilsen, Steve Herberman, Tino Tracanna, Alfredo Ferrario, Yuri Goloubev, Max De Aloe, Isabella Du Graf, Niklas Winter, Marco Micheli, Gianni Cazzola, Simone Daclon, Fabio Buonarota, Maurizio Brunod, Aldo Mella, Roberto Olzer, Nicola Stranieri, Marco Zanoli, and many others.
He performed at numerous festivals and jazz clubs throughout Italy: Open Jazz Festival in Ivrea (TO) Spotorno in Jazz (SV), Teate Winter Festival (CH), Jazz and More (VR), Classical Piceno (AP), Pianfiorito in Jazz (AT), JazzAltro (VA), Winfried Gruber of Bressanone (BZ), Groove Candiani in Mestre (VE), Ameno Blues (NO), Orta Jazz Festival (NO), Jazz in high value (AO), Red Note Jazz ( AL), 67 Jazz Club (VA), Jazz Club Borgomanero (NO), Jazz Club Busto Arsizio (VA), Mariani Jazz Club (RA), Ivrea Jazz Club (TO), JazzMI (MI), Mutamenti Jazz Festival (MS) and many others.
Has been teaching with great passion from about twenty years’, collaborating with numerous civic and private schools of Piedmont and Lombardy.
He is currently a professor of modern guitar, jazz guitar and ensemble jazz at the music school “Four Music School” which is based at the Teatro Rosmini Borgomanero (NO) and which is also didactic director. He regularly holds Jazz Guitar Workshop for music schools and cultural associations.
He is also the artistic director and founder of the “Jazz Club Borgomanero” with which he was able to organize at the Teatro Rosmini a series of concerts with internationally known artists as well as exhibitions, lectures, book presentations and educational workshops related to the world of jazz. Since 2015 he is artistic director of “Orta Jazz Festival”.