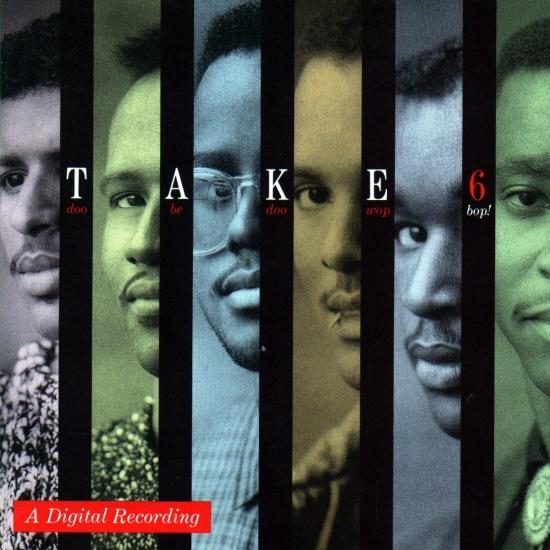 Take 6 brings its Grammy Award-winning fusion of gospel music, R&B, pop, and jazz to the world on this, their debut. The vocal-harmony group is blessed with gorgeous voices and armed with a strong belief in God (they are all Seventh Day Adventists), who blessed them with a genuine feeling for close harmony singing and jazzy improvisation.
Not just a cappella fans but the whole musical world perked up their ears when six young singers transformed the gospel world with their jazz arrangements. The beautiful harmonies and sophisticated arrangements immediately set a standard which has been endlessly copied ever since. Within a single song can frequently be found elements of jazz, soul, rock and R&B on a gospel base. It is no wonder that these singers were tapped to be the winners of two Grammy Awards for their first recording! It is a must for any a cappella collection! Remember this was 1988 and they set the standard by which other great harmony groups such as Boyz II Men were measured and continue to be so judged.
David Thomas, vocals
Mark Kibble, vocals
Alvin Chea, vocals
Cedric Dent, vocals
Claude V. McKnight III, vocals & trombone
Mervyn Warren, vocals & sampler
David Humphries, finger snaps & sound effects
Recorded at Digital Recorders, Nashville
Digitally remastered. 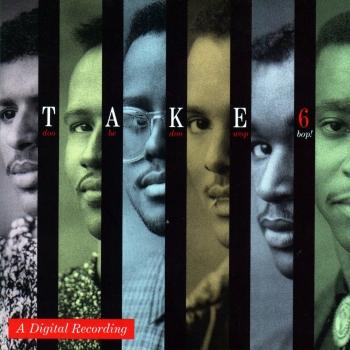 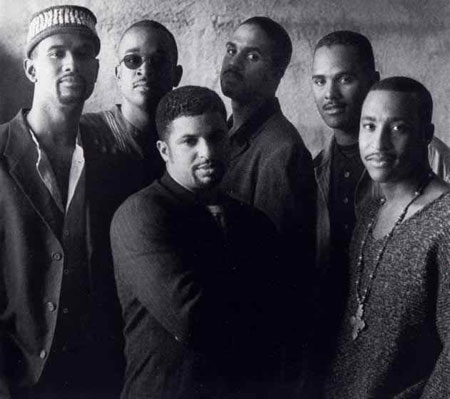