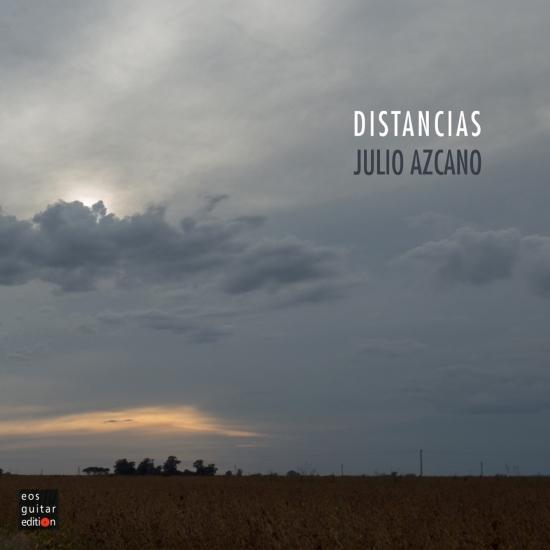 Inspired by long travels around the world. Julio Azcano new Solo Album DISTANCIAS is an ongoing dialogue between continents, cities and cultures. A virtuoso journey that connects different sound landscapes between jazz, world and classical music.
"Not since Ralph Towner has a guitarist so fully integrated sophisticated jazz improvisation within the framework of the classical guitar.Like Pat Metheny's acoustical work, Azcano creatively uses space and silence to build and enhance his reflective performances" (Minor7th.com)
Julio Azcano, classical guitar 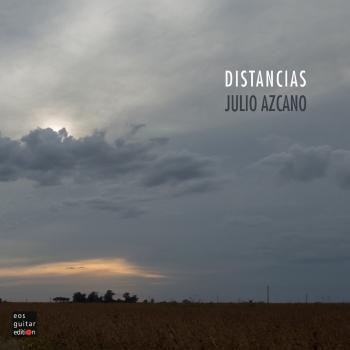 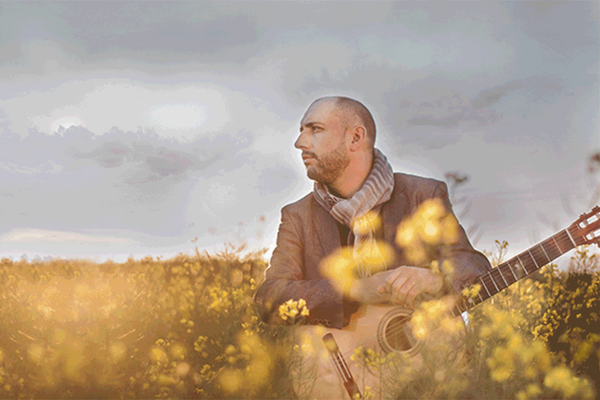 Julio Azcano
Different paths converge in the acoustic palette of Julio Azcano: the refining of his classic technique at his homeland Argentina, an intense activity in improvisation and composition projects in Europe and an international performing activity that includes concerts through South America, Asia, Europa and the USA.
Julio Azcano shared the stage with musicians like Leo Brouwer, Dino Saluzzi, Juan Falú or Carmen Linares and has been invited to participate in prestigious festivals such as the "Menuhin Festival" Gstaad, "Guitar City" Warsaw (recorded and broadcast by the National Radio Poland), "Guitarras del Mundo" Argentina (participating in numerous issues as well as on CD edited by EPSA Music), Guitar Festival Lausanne, In Guitar Winterthur, among many others. His cross-border dialogue with diverse styles on the classical Guitar allows him to a constant improvement of his musical expressions solo and with several ensemble projects: present activities include his trio with the austrian jazz flutist Günter Wehinger and the percussionist Claudio Spieler, the “Ayres” duo with the anatolian baglama player Taylan Arikan and collaborations with the latin-grammy awarded guitarist Quique Sinesi, the double bass virtuoso Juan Pablo Navarro, the Jazzguitarist and GIT Instructor Sid Jacobs, the saxophonist Javier Girotto, the tango singer Marcela Arroyo and Yehudi Menuhin’s favourite pupile Volker Biesenbender.
Since April 2013 he is member of Eos Guitar Quartet - praised by Leo Brouwer as "One of the world's best guitar quartets" - playing music that guitar luminaries such as John McLaughlin, Paco de Lucia, Ralph Towner or Fred Frith have dedicated to the Eos.
Immersed since his early days in the strong guitar tradition of Argentina, Julio completed his Diploma in Classical Guitar in Mar del Plata and took private lessons with guitar virtuoso Eduardo Isaac. Later he continued his studies in Buenos Aires, under the guidance and support from Pino Marrone, and began to integrate elements from Jazz and Improvisation in his repertoire. In 2000 he won the first price in Jazz and also in Classical Music of the National Biennale for Young Art, with which he obtained the possibility to make a first record and began to play concerts through his country, and soon after in USA and Europe. In Switzerland he completed a Master Diploma in Jazz and Improvisation Zurich University of the Arts, and continued polishing his improvisational approach to Jazz with Kurt Rosenwinkel and Ralph Towner.