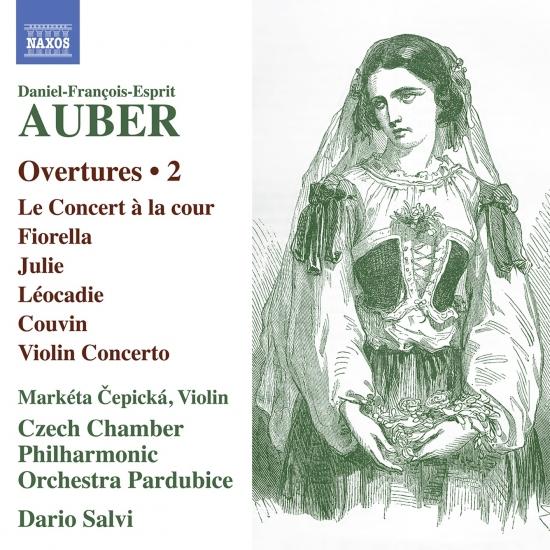 The second volume in this series (Volume 1 is on 8.574005) continues to explore little-known examples of Auber’s elegant and refined operatic music. Julie was his first stage work, its fantasia-like beauty foreshadowing the operas, opéras-comiques and lyric dramas to come. Striking melodies and haunting episodes abound in these overtures and entr’actes, and there is restrained yet fragrant Iberian colour in the overture to Léocadie. The Violin Concerto is lightly scored and gentle, with a tarantella-like finale full of folk vitality.
Markéta Čepická, violin (on tracks 2–4)
Czech Chamber Philharmonic Orchestra Pardubice
Dario Salvi, conductor 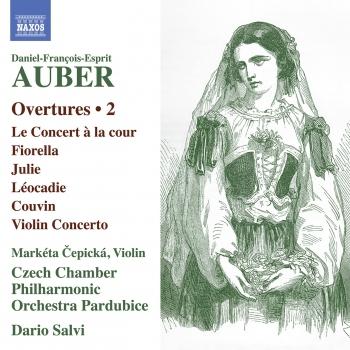 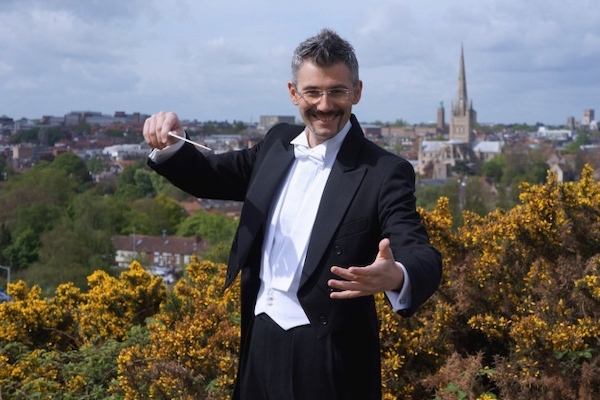 Dario Salvi
is a British-Italian conductor, researcher and musicologist. He is widely regarded as a fast-rising name in opera and operetta, and is known for his expressive gestures and precision of style. ​
A specialist in the restoration, recording and performance of rare Viennese works, comic opera, ballet and orchestral music—particularly the works of the Strauss family and their contemporaries such as Czibulka, Ziehrer, Suppè, Millöcker, Genèe, Kàlmàn and Mont—he is a busy recording artist with Naxos, and has completed projects documenting forgotten works by J. Strauss II, Auber, Meyerbeer, Humperdinck and more. He has been awarded a Lifetime Honorary Member of the Johann Strauss Society of Great Britain for his extensive contribution to Viennese music. ​
Salvi has guest conducted and recorded opera and operetta across the USA, the Middle East and Europe, including the closing concerts of the Zagreb Philharmonic’s 2018/19 Season, for which he received outstanding reviews: ​
‘[Salvi] is certainly the most astonishing phenomenon that has emerged recently with us. A real ballet master of the conductor’s baton, with big gestures, very expressive, sometimes with theatrical mimicry in communication with the orchestra, he was excellent in transferring his ideas to the orchestra. And these ideas were clearly dictated by his own taste, but also closely to the taste of the audience.’ (Jutarnji list, Croatia, 2019) ​
Other recent performance highlights include: his work with Willy Bietak Productions as music director and consultant on an opera ice skating show, commissioned by Royal Opera House Muscat in 2018; concerts with Katia Guerreiro, one of the world’s leading Fado singers, and the Zagreb Philharmonic; and his guest performances for the closing of Winter Opera St Louis’ 2019/20 Season, “La Fanciulla del West”. ​
Maestro Salvi is guest conductor and partner of Metamorphosis Chamber Orchestra in New York, and principal guest conductor for Concert Operetta Theater in Philadelphia. He has worked, amongst others, with Prague Philharmonia (CZ), Czech Chamber Orchestra (CZ), Sofia Philharmonic Orchestra and Chorus (BG), Malmö Opera (SE), Moravian Philharmonic Orchestra (CZ), Neue Preußische Philharmonie (DE), Orchestra Al Chiaro di Luna (IT) and Ruse State Opera (BG). He has also worked with singers such as Markus Werba, Jorge Pita Carreras, Andrea Chudak, Gaia Petrone, Francisco Brito and Ira Lauren. ​
Born in Northern Italy and currently residing in Scotland, Salvi has received musical training in both Italy and the UK. After studying soprano saxophone with S. Cecilia Philharmonia, he became an in-demand saxophonist and alto clarinet player and worked with many bands as a performer and arranger, also holding the position of Director of Music in the Alpine Troops of the Italian Army. He is a professional bass guitarist and has toured the world playing for bands and orchestras. He received a Bachelor of Science degree in Applied Psychology from the University of Derby (UK) in 2011, followed by a Master of Music in Conducting from the University of East Anglia (UK) in 2012 under the tutelage of Sharon Choa (currently Chair of the School of Music at the HK Academy of Performing Arts). During this time, he worked as Assistant Conductor and Arranger for Chamber Orchestra Anglia and founded the Imperial Vienna Orchestra, specialising in the authentic reproduction of Viennese music. ​
Salvi has published three books on Viennese operetta on Cambridge Scholars Publishing, and his musical arrangements are available on Musica Mundana, DaVinci Publishing and Marcato Brass. His orchestral arrangements, including opera and ballet, have been commissioned by the Royal Philharmonic Orchestra (UK), Moscow State Symphony Orchestra (RU), Düsseldorf Symphoniker (DE), Las Colinas Symphony Orchestra (US), The Salvation Army Orchestra (UK) and the Original C.M. Ziehrer Orchester (AT).