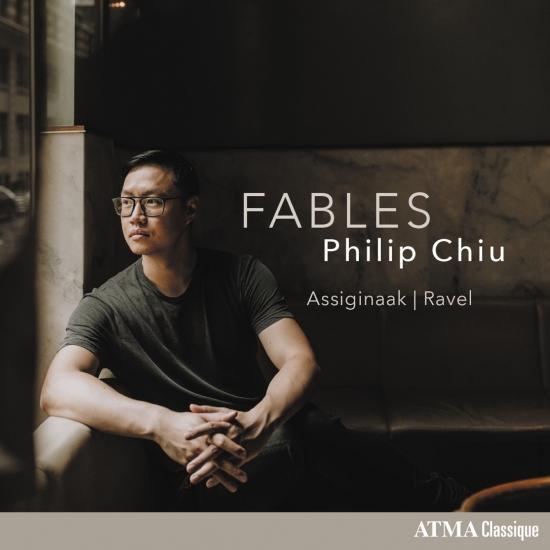 "Fables", the new solo recording by Canadian pianist Philip Chiu. The album pairs two piano transcriptions of music by Ravel with Mnidoonskaa (A Multitude of Insects), a 2021 work by Anishinaabekwe composer Barbara Assiginaak.
One of Ravel's best-known works, Mother Goose is heard here in a version for solo piano by Jacques Charlot, published in 1910. Though the composer's String Quartet in F major is an early piece from 1903, Ravel's playful, idiosyncratic language is already well established. Chiu performs a transcription of the quartet for solo piano by Lucien Garban, published in 1921.
Assiginaak's music expresses traditions and messages of Indigenous history. A direct descendant of hereditary chiefs who signed major treaties in Ontario, the composer is a child and grandchild of residential school survivors.
"Mnidoonskaa reflects on my childhood immersed in akiing (the land), mshkiigkiing (the swamps/marshes) and nibiing (the waters)and nearly two decades of work in environmental outdoor education rooted in the Anishinaabeg teachings of my family and Elders," says Assiginaak.
"We have many traditional stories connected to these mnidoonsaktiny spirit beingsand their important roles within the intricate web of life and for maintaining balance on Shkagmigkwe (Mother Earth)."
A pianist-painter who transforms each musical idea into a beautiful array of colors" (La Presse), Philip Chiu is acclaimed for his brilliant pianism, sensitive listening, and a stage presence that favours openness, authenticity, and connection with audiences.
Philip Chiu, piano 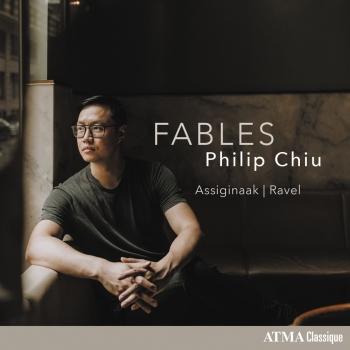 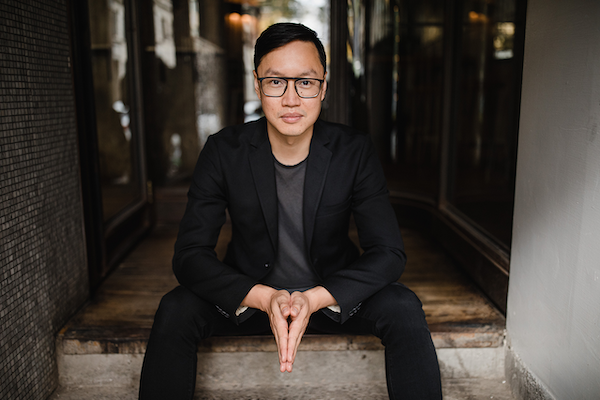 Philip Chiu
More than a summation of technical and musical abilities, pianist Philip Chiu has become one of Canada’s leading musicians through his infectious love of music and his passion for communication and collaboration. Lauded for the brilliance, colour and sensitivity of his playing, he is particularly noted for his ability to connect with audiences on and off-stage.
“… a pianist-painter who turns every musical idea into a beautiful array of colors.” - La Presse “Pianist Philip Chiu played with striking precision and subtle poetry.” - The Gazette (Montréal)
An exceedingly sociable pianist, Philip concertizes extensively as one of Canada’s most sought-after chamber musicians. He has appeared in recitals with leading musicians of the world stage, including James Ehnes, Raphael Wallfisch, Patrice Fontanarosa, Regis Pasquier, Matt Haimovitz, Radovan Vlatkovic, Stefan Dohr, Philippe Bernold, Alex Klein, and Eugene Isotov. He performs regularly with principal members of Canada’s leading orchestras and ensembles, including Toronto Symphony Orchestra concertmaster Jonathan Crow, l’Orchestre Symphonique de Montréal concertmaster Andrew Wan, and Pascale Giguere of Les Violons du Roy. Along with pianist Janelle Fung, he forms one of Canada’s most exciting piano duos, the Fung-Chiu Duo. He has toured numerous times with premier touring organizations, Jeunesses Musicales Canada, Prairie Debut, and Debut Atlantic, and will be touring again soon with Jeunesses Musicales (2014/2015, 2015/2016) and Prairie Debut (2014/15).
Dedicated to elevating the standard and art of collaborative piano, Philip is the creator and director of the new Collaborative Piano Program at the Domaine Forget International Festival and Academy. He is an acclaimed accompanist­/coach based at McGill University, has been an invited professor­-accompanist for the Conservatoire de musique de Montreal, and regularly accompanies at l’Universite de Montreal. He travels regularly across Canada and the U.S. to accompany for national and international competitions.
Philip is extremely grateful for the support of the Sylva Gelber Music Foundation, Canada Council for the Arts and Jeunesses Musicales in his various pursuits. He can be heard/seen on Classical 96.3 FM, Australia’s ABC Radio, CBC Radio, and Radio­-Canada.