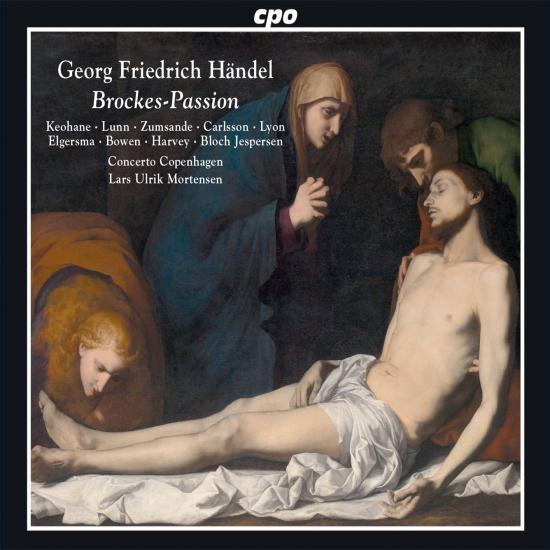 The Concerto Copenhagen is Scandinavia’s most renowned Baroque ensemble and one of the most innovative such formations worldwide. Its trademarks are its unusual program combinations featuring Scandinavian rarities and famous Baroque masterpieces. This world-class orchestra now turns to Handel’s great Brockes-Passion in a CD recording based on the Halle edition of this composer’s works. The Passion text published by the well-to-do Hamburg resident Barthold Heinrich Brockes was a literary bestseller during the early eighteenth century. Composers set his poetic text, the first to add narrative elements to the Biblical Passion texts, more than thirty times. Today the best-known of these compositions is the one by George Frideric Handel, who set these verses to music in 1716, creating what would remain his only sacred work in German. Stylistically, however, the Brockes-Passion prefers to follow Italian models and speaks a musical language resembling that of the Baroque opera. Following concerts with this program, Die Welt enthusiastically summed up the result: »Mortensen’s elite forces from the original sound movement instinctively realize what their master and motivator wishes. […] One of the best early music ensembles paints a Baroque picture that richly displays magnificent color, suggests mystery, and repeatedly also is animated by dance. The method employed by Mortensen while modeling the music enables him to breathe new life into one of the most significant Passion oratorios composed prior to the later masterpieces by Bach.«
"Lars Ulrik Mortensen gets eager, alert playing from his trim band, while his solo team is uniformly strong...Peter Harvey is a sympathetic Jesus...no Handel lover who buys the excellent Mortensen recording will feel short-changed." (Gramophone Magazine)
Maria Keohane, soprano
Joanne Lunn, soprano
Hanna Zumsande, soprano
Daniel Carlsson, alto
Daniel Elgersma, alto
Ed Lyon, tenor
Gwilym Bowen, tenor
Peter Harvey, bass
Jakob Bloch Jespersen, bass
Concerto Copenhagen
Lars Ulrik Mortensen, conductor 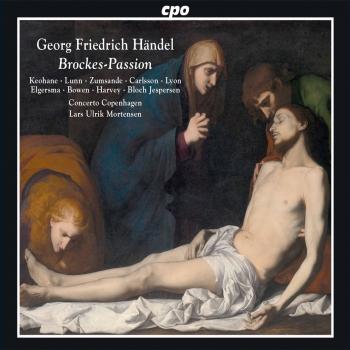 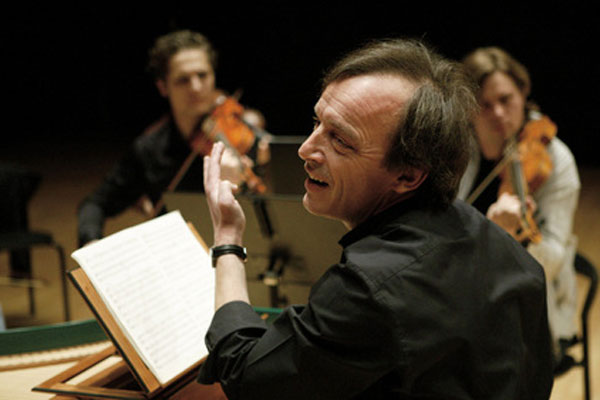 Lars Ulrik Mortensen
(born 1955) studied at The Royal Academy of Music in Copenhagen (harpsichord with Karen Englund, figured bass with Jesper Bøje Christensen) and with Trevor Pinnock in London. From 1988 to 1990 he was harpsichordist with London Baroque and until 1993 with Collegium Musicum 90 (leader: Simon Standage). He now works extensively as a soloist and chamber musician in Europe, the United States, Mexico, South America, China, Japan and Australia.
Between 1996 and 1999 Lars Ulrik Mortensen was professor for harpsichord and performance practice at the Hochschule für Musik in Munich, and he now teaches at numerous Early Music courses throughout the world, i.e. at the Mozarteum Salzburg and the Juilliard School of Music in New York.
About 20 years ago, Lars Ulrik Mortensen began conducting “modern” orchestras in Sweden and Denmark, and especially his activities at the Royal Theatre in Copenhagen - notably Kunzen’s “Holger Danske” in 2000 and Mozart’s “The Marriage of Figaro” in 2003 - met with great critical acclaim. However, in 2003 he made the decision to work exclusively with period instrument ensembles.
Since 1999, he has been artistic director of the Danish Baroque orchestra Concerto Copenhagen, and in 2004 he succeeded Roy Goodman as musical director of the European Union Baroque Orchestra (EUBO). Additionally, Mortensen is increasingly working with several distinguished foreign ensembles like Holland Baroque, Irish Baroque Orchestra, Nederlandse Bachvereniging and Collegium 1704.
Concerto Copenhagen
As a young member of the World's most interesting and innovative Baroque orchestras, Concerto Copenhagen distinguishes itself by its original interpretations and a marked talent for communicating with the audience. CoCo recreates the vitality and presence of ancient music and brings it up to date.
In 1999, the internationally renowned Lars Ulrik Mortensen became artistic director of the ensemble. In recognition of his stature as one of the world's leading harpsichordists and chamber music players, he was awarded the coveted Léonie Sonning Prize in 2007. The encounter between Concerto Copenhagen and Mortensen was the prelude to an exciting artistic and musical journey, enabling the ensemble to combine a repertoire of well-known European music with less familiar works of Scandinavian and other origin.
Through the years Concerto Copenhagen has cooperated with many internationally renowned artists on the Early Music scene: Emma Kirkby, Andreas Scholl, Anne Sofie von Otter, Andrew Manze, Reinhard Goebel, Ronald Brautigam and Andrew Lawrence-King, who is the orchestra's Principal Guest Conductor.
Concerto Copenhagen's CD recordings for the German label cpo, for Deutsche Grammophon and for BIS have attracted international attention and won several prestigious prizes. This in turn has opened the doors to many of Europe's leading concert venues, guest appearances at top international festivals and tours in Europe, the USA, Japan and Australia. Foreign critics have placed CoCo in the first rank of international orchestras.
In Denmark, the prime partner is the Royal Theatre, where Concerto Copenhagen performs in about one opera a year. Recent productions include works by Monteverdi and Mozart as well as Handel's Xerxes, Giulio Cesare and Partenope, the latter two featuring the counter tenor Andreas Scholl in leading roles.
Concerto Copenhagen's concerts are recorded and broadcast by Danmarks Radio (DR) and by the EBU network in most parts of the world.