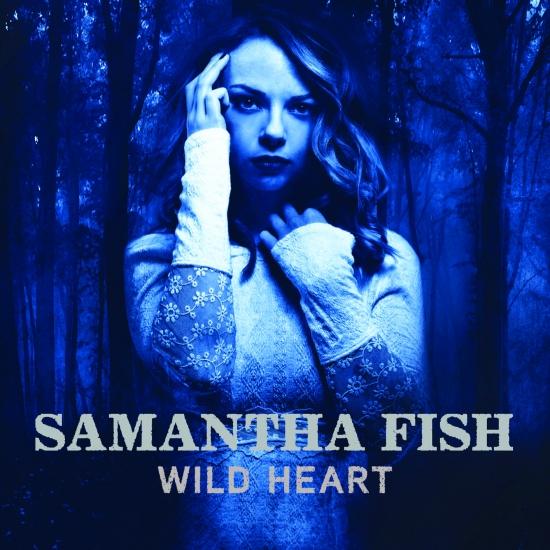 Ruf Records recording artist singer-guitarist Samantha Fish, will raise eyebrows with her third studio release, Wild Heart produced by Luther Dickinson (The North Mississippi Allstars/Black Crowes). With Samantha on guitars and Luther on various stringed instruments; they rounded out the lineup with Grammy Award-Winning Brady Blade (Emmylou Harris/Bob Dylan) on drums. Special guests include Lightnin Malcolm (guitar), Sharde Thomas (drums) and Memphis session singers Shontelle Norman-Beatty and Risse Norman. The result is a stunning representation of American roots music.
Wild Heart was recorded over just a few days in three different studios, as they trekked the backroads from Louisiana to Mississippi in the fall of 2014. Starting at Brady Blade’s Shreveport, Louisiana studio, they laid the basic rhythm tracks and vocals. Luther and Samantha then hightailed it to his Zebra Ranch Studios in Hernando, MS where they had a traditional Hill Country Blues session. Then, finally, all roads lead to Memphis where the duo put the final touches at both Willie Mitchell’s Royal Studios and the legendary Ardent studios.
Samantha’s love for the Hill Country Blues genre started early on as her musical foundation started to build. This fiery singer and guitarist met some of these players when she attended the King Biscuit Blues Festival at age 17. There she met a young Lightnin Malcolm. “Working with Malcolm was a longtime coming as I'd known him since I was a teenager. Hearing hill country blues made me fall in love with blues music and he was one of the first artists who let me jam with him.”
“I fell in love with it,” she told Premier Guitar of her growing passion for the form, “and started doing my homework by listening to the old guys like Son House and Skip James.” Samantha Fish is a 2012 Blues Music Award winner for Best New Artist Debut for her 2011 release Runaway (Ruf). The plethora of critical praise could circle the earth many times over her short career with fans clamoring for more every time.
Fish has shared the stage and joined creative forces with some of the best in her field like Tab Benoit, Tommy Castro and Royal Southern Brotherhood. And of course her “big brother” Mike Zito who produced Runaway and Black Wind Howlin' (2013). Samantha has had a master’s class in a wide variety of the blues. Her work ethic is unquestioned and her love for performance is obvious.
As the album opens she’s bashes away during “Roadrunner“, a warning to others of this mean man that broke her heart. The driving guitar sounds and thunderous beat supports her voice that is smooth as honey with a sad dash of salt.
Always yearning to learn, Samantha soaked in this experience like a sponge from the songwriting sessions to the final background harmonies. She spent a few days in Nashville writing with Jim McCormack who has written songs for Trisha Yearwood and Keith Urban. A native of New Orleans, Jim has a flare for blues-boogie and full throttle vocalization to haunting melodies that gave Samantha a chance to growl.
“… Fish’s commanding voice holds its own against the crunching guitar riffs and driving beat.” (Elmore Magazine)
They wrote five of the 12 songs on the album, including the title song, “Wild Heart” that echoes Led Zeppelin with a whiplash of a steady guitar riff. “Show Me” a song that could easily be heard at some of New York City’s finest rock clubs reeks stale beer. Samantha holds her own on guitar duties on this tune as Brady Blade grinds the drums with a slow steady roll.
After wrapping basic tracks they drove to his Zebra Ranch Studios via the back roads of Mississippi. The result of that magical setting was a cover of Charley Patton’s “Jim Lee Blues Pt. 1” which fits Fish’s voice like a glove. It was an organic setting with fellow Hill Country Blues artists Sharde Turner and longtime friend, Lightnin Malcolm. Sharde is a native Mississippian fife/drum player in the same American tradition her grandfather Othar Turner. This was the climax of the week for Samantha. ”This session had a whole other vibe to it. The studio is out in the country, no cell service, no distractions. You're just surrounded by nature and guitars.”
“One of my favorite songs on the record is “Go Home”. It became so powerful and we wanted girl power, no-frills and those ladies delivered,” Samantha proudly states. The slow song creates a cinematic visual as if you can see a woman flick her wrist telling the victim, you’re better off going home for now.
Luther Dickinson wanted to create a powerful roots record that can repeated easily on the road with Samantha’s own trio set up. Dickinson’s own group, also a trio, understands the complications of translating from the studio to the stage. He captured Samantha’s growth as both an artist and a human being. “I was blown away by his ability to color a song,” Samantha Fish praises Luther Dickinson. “I stepped out of my comfort zone and I couldn't be more proud of what we made.”
A headline once wrote “Samantha Fish: The Kansas City Bomber” complete with a picture of her in a purple gown with her guitar strapped on like a beauty queen sash, an image of feminism in a man’s world. As she points her guitar skyward, this album will prep her to reach a new level in the music world. An amalgam of musical genres, this Hill Country Blues record gives it a reverent blues sound that is all Samantha. 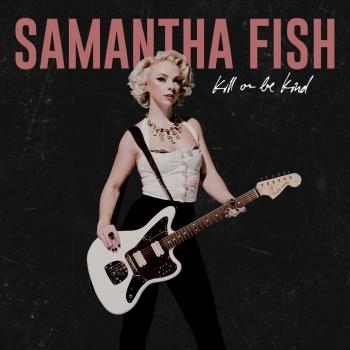 Kill Or Be Kind 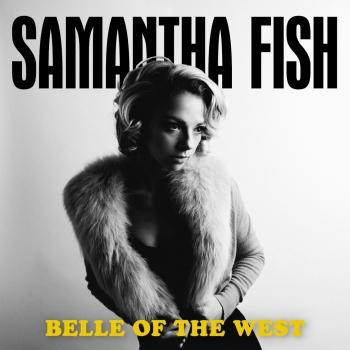 Belle Of The West 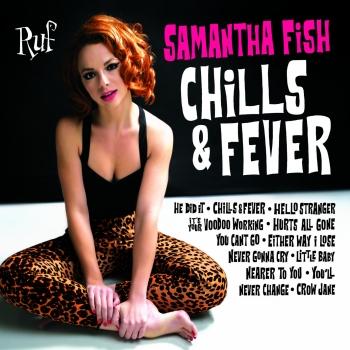 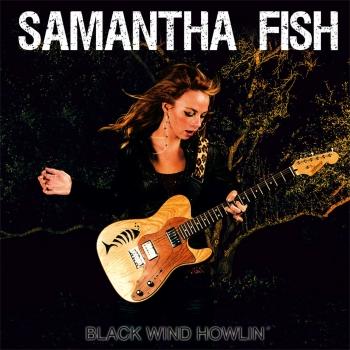 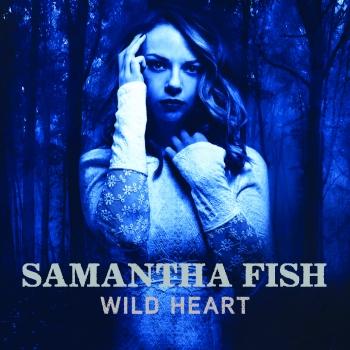 Samantha Fish
Just a few months ago, very few people outside Kansas City, Missouri knew there was a young, dynamic musician named Samantha Fish getting ready to take the world by storm. In fact, it's not all that long ago that the 22-year-old singer/guitarist first discovered the blues and started paying her dues on that city's local scene. With Runaway, her solo debut, she now breaks out big time, announcing herself as a newcomer to be reckoned with.
The album's ten tracks - nine of them originals - incorporate "all the sounds I grew up with, with my own spin," says Fish, who seems to have spent her formative years in the Midwest soaking up a vast array of musical styles. Runaway features sharp-edged, riff-driven blues ("Down in the Swamp"), breakneck boogies ("Runaway"), smoky, late-night jazz ("Feelin' Alright") as well as hints of the sultry 70s hard rock of Ann and Nancy Wilson and the 4/4 ruggedness of the Rolling Stones. Throughout, Fish demonstrates astonishing range and depth as a songwriter. Her vocals are cool, confident and nothing less than beguiling.
Backing her on this eclectic collection of modern electric blues is the same crack team that first convened for the making of Girls With Guitars. That collaboration with fellow female artists Cassie Taylor and Dani Wilde, released earlier this year, already showed that Fish refuses to be intimidated, even when working with musicians more experienced than herself. "They are incredibly talented and creative, so it made for fun sessions," she says of the well-oiled studio band heard on Runaway. Jamie Little, one of the UK's most in-demand drummers, reunites with bassist Cassie Taylor to give the record plenty of rhythmic thump. Producer Mike Zito, a St. Louis native and 2010 Blues Music Award winner, adds thick, meaty electric guitar on most cuts. "Mike and I have known each other for a few years now, so he knew the sound and style I was after. He did a great job of taking ideas and giving them direction in the studio setting."
In between making these first two albums, Fish spent a month on the road with Cassie Taylor and Dani Wilde for the first leg of the year-long Blues Caravan Tour. It gave her the valuable opportunity to road-test the material heard on Runaway to a discriminating audience. With an exciting new debut album now in her back pocket, the tour continues throughout the summer and into the fall of 2011, touching down at many European and North American festivals and even taking to the seas on the Legendary Rhythm & Blues Cruise in October.