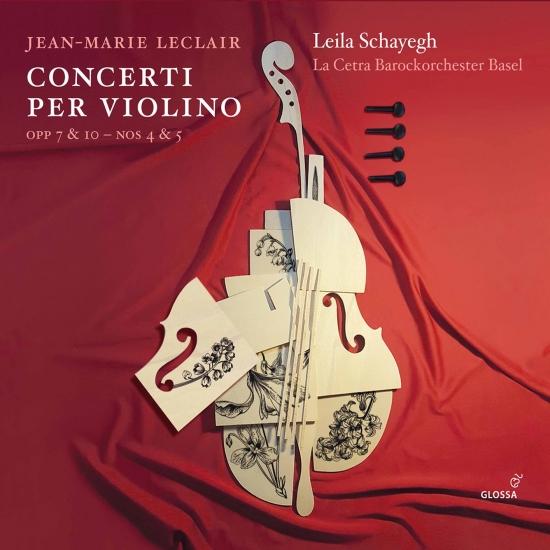 Info for Leclair: Concerti per violino

With the four missing concertos, Leila Schayegh completes her series of recordings of all violin concertos by Jean-Marie Leclair with the third release. Leclair grew up in Lyon and was trained as a dancer and violinist, later concentrating entirely on playing the violin. In Turin he had lessons with the distinguished teacher and Corelli pupil Giovanni Battista Somis and then went to Paris, where he briefly held a position at the court of Louis XV in the 1730s. Leclair must have been fascinated by Italian culture and playing: the tempo freedoms in playing, the virtuoso aspects of violin technique, the expression that is strongly outward in Italian music - all of this is evident in his celebrated twelve concertos from opp. 7 and 10. Leila Schayegh teaches baroque violin at the Schola Cantorum Basiliensis and has received numerous excellent reviews and awards with her recordings. Her second album of the Leclair concertos was awarded a Diapason d'or and for her recording of the solo partitas by Johann Sebastian Bach she received the Diapason d'or de l'annee! This third release and last in the series of Leclair's violin concertos includes Concertos Nos. 1 and 3 from Opera 7 and 10 respectively. On this album, too, the Swiss violinist, who plays a violin by Andrea Guarneri from the late 17th century, captivates the listener with her breathtaking artistry - as soloist she also takes over the direction of the La Cetra Barockorchester Basel.
La Cetra Barockorchester Basel
Leila Schayegh violin, direction 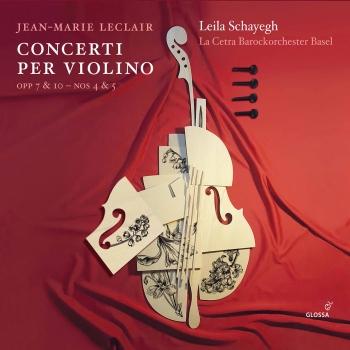 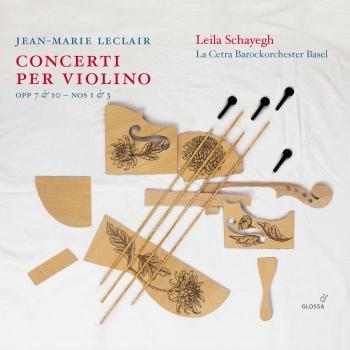 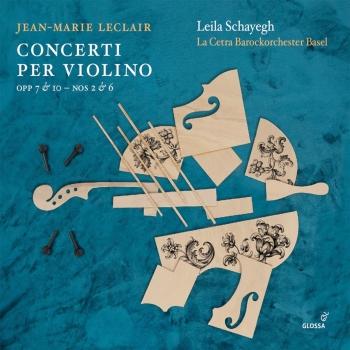 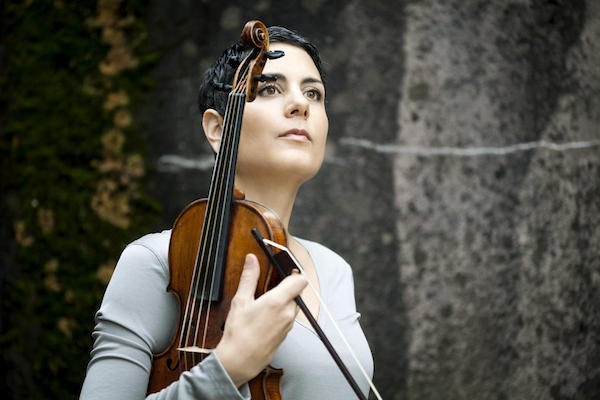 Leila Schayegh
belongs to the most visible violinists in the current baroque music scene.
Her vivacious interpretation has placed her at the center of old music. She performes all over Europe as a soloist or in chamber music groups and is regularly invited by modern orchestras for concerts and masterclasses.
Leila Schayegh has developed a close collaboration with Jörg Halubek, cembalist, organist and director. Their 2016 recording of Bach’s six obligato sonatas was awarded numerous prizes (Diapason de l’année, Grammophone Award, Schallenplattpreis). Her collaboration with director and cembalist Vaclav Luks led to the recordings of Benda’s violin sonatas (Diapason d’Or 2011) and Mysliveček’s violin concertos in 2018. She’s been playing since 2008 with Gli Angéli Genève (directed by Stephan MacLeod), in particular for the almost complete series of Bach’s cantatas. She’s recently expended her repertoire towards the classical and romantic period, in particular with a recording of Brahms’s violin sonatas in 2018 with Jan Schultsz for the label Glossa.
Since 2010 she is professor of baroque violin at the Schola Cantorum Basiliensis, as successor of Chiara Banchini. She passes to a new generation of musician her experience as well as approach of music: an expressive interpretation based on thorough knowledge of the historical and musical context of the period where the works were composed.
Born in Winterthur (Switzerland), she finished in 1999 her studies in modern violin with Raphaël Oleg at the Basel Music Academy with Summa cum laude. After two years as a member of the Philharmonia Zurich, she joined the class of Biara Banchini at the Schola Cantorum Basiliensis, where she obtained in 2005 a diploma Summa cum laude. She was awarded in 2003 the first prizes of the Alte Musiktreff in Berlin, the Förderpreiswettbewerb der Konzertgesellschaft in München as well as Premio Bonporti in Rovereto, Italy.