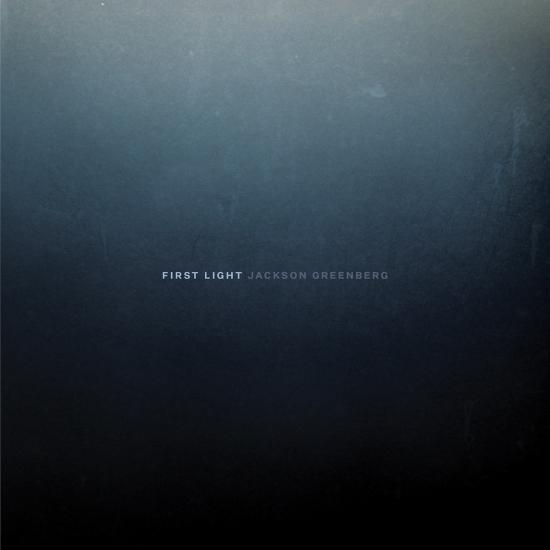 Ravello Records is proud to announce the release of FIRST LIGHT, featuring performances of two innovative works by composer Jackson Greenberg. In FIRST LIGHT, human inspiration and the machine mind come together to produce music of startling richness and beauty.
The album opens with First Light, in which ethereal drones gradually dawn as seconds blur into minutes. Trance-like, this gentle meditation determinedly builds in dynamic intensity throughout the piece. Almost indiscernibly, instrument families join the accumulating harmonic roar like the rays of daybreak cresting over some desolate, faraway planet. The music was composed by feeding short compositions into a computer program that stretched them up to ten times their original length, creating vibrant distortions that stir the soul with their strange humanity. The second track is a musical setting of the Rainer Rilke poem, “The Panther.” Greenberg eschewed the use of a singer for this performance, instead composing music around a decades-old public domain recording of the poem, recited in its original German.
In FIRST LIGHT, Jackson Greenberg constructs a series of musical cages from which the listener—scratching, clawing—yearns to escape. Yet, he also offers the hope of transformative progress and eventual freedom. Those who thrill at the mingling of human creativity with electronic manipulation will recognize and celebrate the powerful beauty of FIRST LIGHT.
Slovak National Symphony Orchestra
Arturo Rodriguez, conductor 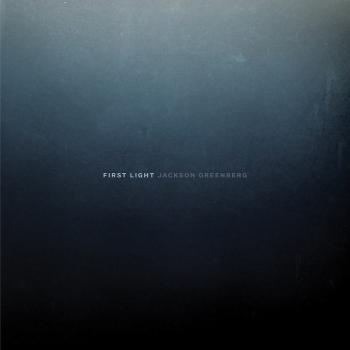 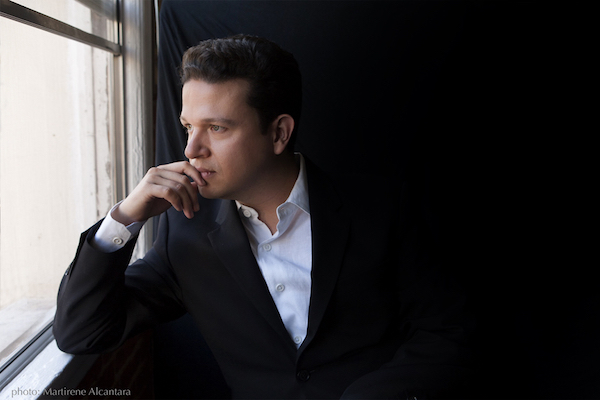 Arturo Rodriguez
Born in Monterrey, México in 1976, pianist, composer, orchestrator and conductor Arturo Rodríguez is a Mozart Medal winner (1996) and a Sundance Film Institute composer fellow (2010).
Rodríguez has focused in the art of symphonic composition for the past fifteen years, writing works by commission for orchestras and institutions around the world and conducting and orchestrating projects for film, TV and multimedia.
His music has been performed by Philharmonia Orchestra (UK), Dallas Symphony, Virginia Symphony, Chicago’s Grand Park Symphony, Chicago Sinfonietta, Fort Worth Symphony, Philharmonic Orchestra of the Americas (USA), Orquesta Filarmónica de Montevideo, (Uruguay), Orquesta Sinfónica de Chile, Orquesta Filarmónica de la UNAM, Orquesta Sinfónica de la UANL, Orquesta Sinfónica Sinaloa de las Artes, Orquesta Sinfónica de San Luis Potosí, (Mexico), Sydney Symphony (Australia) and Gyonggi Philharmonic (Korea) among others.
His versatility has allowed him to collaborate as orchestrator, arranger and conductor in symphonic projects with musical celebrities such as Stewart Copeland (The Police), José Hernández’s mariachi bands Sol de México and Reyna de Los Ángeles, and more recently with Lila Downs and the San Francisco Symphony.
As orchestrator and conductor Arturo has worked on many projects for film, TV and video games, including the soundtracks for Assassin’s Creed IV/BlackFlag-Freedom Cry, Zipper, Twixt by Francis Ford Coppola and Furious7.
His music for film and the concert hall has been recorded by Philharmonia Orchestra, Orquesta Sinfónica de San Luis Potosí and The National Symphony Orchestra of Slovakia and is distributed by Kronos Records and MovieScoreMedia.
Jackson Greenber
is a Los Angeles-based composer, producer, and performer born and raised in Philadelphia. From a young age, Jackson was a featured soloist in various Philadelphia all-city youth jazz ensembles. He was close to pursuing a career in jazz performance when, during his senior year, his high school drama teacher insisted he write the score for her two plays: Dracula and The Tempest. It was these experiences of witnessing his compositions supporting drama that led Jackson to instead pursue a career in composition.
Greenberg began his musical studies under Steve Mackey and Paul Lansky at Princeton University, continued with a semester exchange at the Royal College of Music in London, and finished in graduate school at the University of Southern California Thornton School of Music where he was assigned as a mentee to musician Randy Newman.
Greenberg’s first original film score was for the Oscar-nominated and Emmy Award-winning Documentary Cartel Land. He would continue on to score many original series for Netflix (including the acclaimed theme song to Explained by Vox Media) and other networks and in 2017 he was named one of six fellows at the Sundance Institute for Film Composition at George Lucas’ California based Skywalker Ranch, where he studied with composer Thomas Newman.
Currently, Greenberg is continuing his work in film and television, composing larger works for ensembles around the world, collaborating with local Los Angeles-based musicians, and lecturing to students specifically on composition of music for film and television.