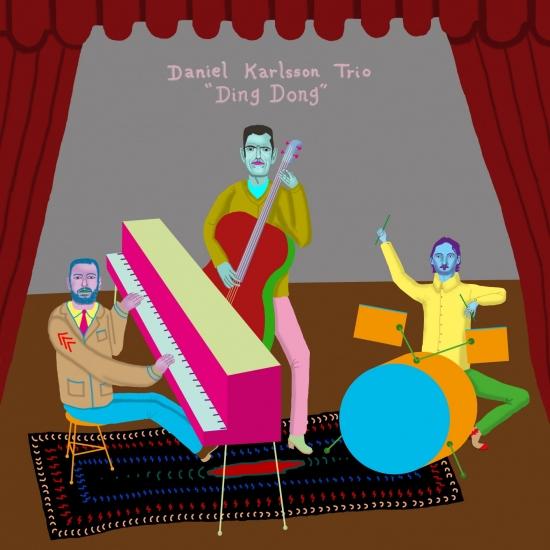 Swedish pianist and composer Daniel Karlsson is well known as the piano and keyboard player in Swedish super group Oddjob. Currently, he is also a member of Magnus Öström Band, playing on the their latest two albums Searching for Jupiter and Parachute. He has also had a busy career as a sideman with artists like Till Brönner, Nils Landgren, Viktoria Tolstoy and Rigmor Gustavsson among others.
His main project since 2013 is his own trio, a serious live act and undoubtedly one of the most exciting European piano trios today.
The Daniel Karlsson Trio’s first two albums Das Taxibåt and Fusion for Fish were exceptionally well received by critics and audience. Fusion for Fish was awarded a Grammis (the major Swedish Music Prize) for best jazz album of 2015 and Jazzkatten (Swedish Radio Jazz Award) for best jazz group of the year.
Fusion for Fish has been played on numerous European radio stations since the release and has received unanimous international praise from the critics.
Their third album The Daniel Karlsson Trio at The Feel Free Falafel, domestically released in January 2016 has also been met with great reviews. In his review for Dagens Nyheter, the biggest Swedish newspaper, Johannes Cornell dubbed the album ”Highly sophisticated and hip” and gave it 5/5 stars.
English jazz critic Rob Mallows wrote that Karlsson ”...follows up his first two albums with another sucker punch of Nordic nu-jazz.” and gave the album four stars and the verdict ”Excellent” in his review for Kind of Jazz.
The trio ́s albums are released on Swedish independent label Brus & Knaster and are distributed in European countries through Galileo, Xango and Musea.
The trio’s fourth full length album titled Ding Dong will be released on January 27, 2017. And just as on the previous three albums it is jampacked with original compositions by Daniel Karlsson.
Daniel Karlsson, piano
Christian Spering, double bass
Fredrik Rundqvist, drums 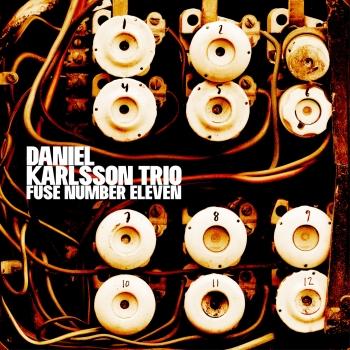 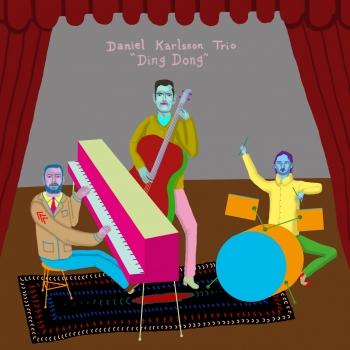 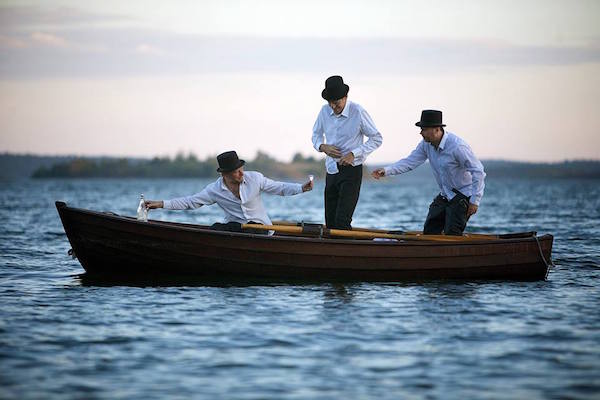 Daniel Karlsson Trio
The Trio are pianist Daniel Karlsson, double bass player Christian Spering and drummer Fredrik Rundqvist.
During their three year career so far they’ve won a Swedish Jazz Grammy for their latest album Fusion for Fish and the Swedish Radio Award for Best Jazz Group in 2014. Their first two albums Das Taxibåt and Fusion for Fish have been critically acclaimed domestically as well as abroad and the music from both albums have seen frequent airplay in Central Europe and Great Britain.
Besides touring the trio has also recorded two live concerts for the Swedish Radio and shot two music videos, being filmed from a helicopter in the Italian Dolomites and in thick fog in the Stockholm archipelago.
Daniel Karlsson is well known for his work in highly merited Oddjob and Magnus Öström Band. He has also been a frequent collaborator with among others Till Brönner, Nils Landgren, Viktoria Tolstoy and Rigmor Gustafsson. In 2005 he was nominated Jazz Artist of the Year and released Pan-Pan, his first album in his own name. Christian has also toured with Rigmor and Nils and has also been heard with jazz icons such as Peter Erskine, Bobo Stenson and Jon Christensen. Fredrik has also, among others, played with Bobo Stenson and Palle Danielsson. In recent years he has most frequently been heard in indie pop star Sarah Blasko’s band.
The three musicians have known each other for a long time and through several previous collaborations. Daniel and Fredrik met when they studied music together in the south of Sweden and got to know Christian some years later when they both relocated to Stockholm.
The trio’s music is described as distinctive and extrovert, clearly influenced by 60s jazz, soul and pop but with a clear Nordic scent. All music is penned by Daniel Karlsson. The trio has a tight cooperation with Swedish indie label Brus & Knaster which is distributed in the Nordic and Baltic countries by Playground Music and in Central Europé by Galileo MC in Munich.
The trio’s third, yet untitled album, will be released in the Fall of 2015. As on the previous two albums comprising only original music by Daniel karlsson. This time it’s apparently all about food…