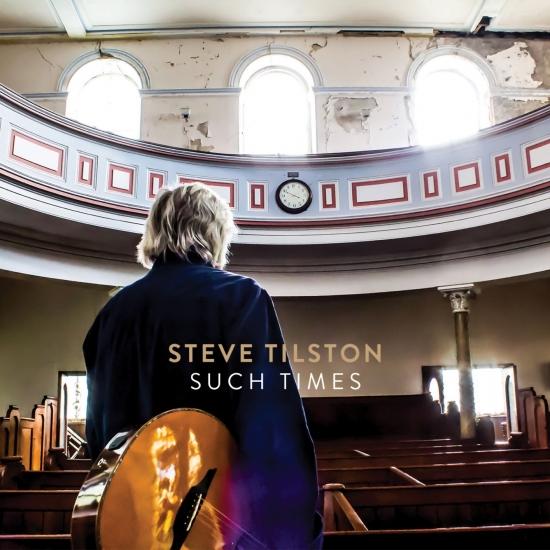 Info for Such Times 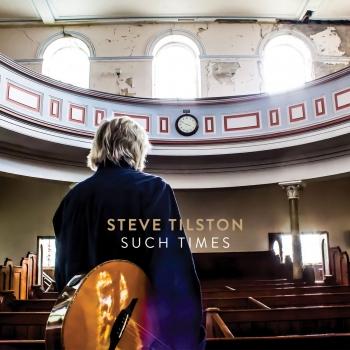 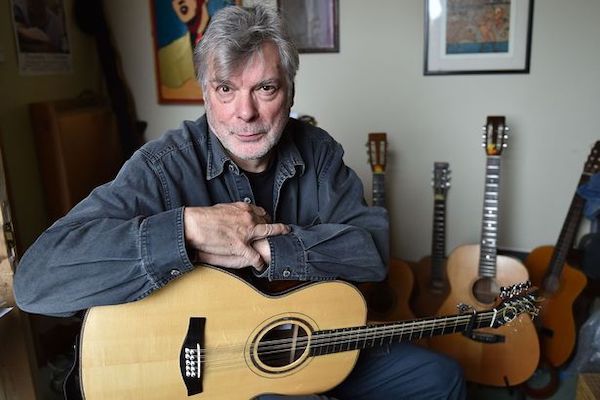 Steve Tilston
is one of our most celebrated songsmiths, widely recognised within the world of folk and contemporary music; the words, arrangements and subtle, quite superb guitar playing could be no one else.
The story of Steve’s “lost” letter from John Lennon inspired the Hollywood movie Danny Collins starring Al Pacino in the title role, now available on DVD.
Fatea Awards Male Vocalist of the Year 2015, proof if needed, that after 45 years in the business Steve can still deliver the goods; His CD Truth to Tell is one of The Telegraph’s best folk albums of 2015 too.
Released July 2018… Distant Days a paired back voice and guitar recording; nineteen tracks - solo acoustic recollections or musical markers in the diary, chosen largely by public selection, plus a trio of previously unrecorded tunes.
In 2007 a 5 CD boxed-set was released Reaching Back: the Life and Music of Steve Tilston by Free Reed, the company behind the Richard Thompson anthology.
Back on song-writing form, he released Ziggurat in 2008 from which A Pretty Penny made it into Acoustic Magazine’s top 50 songs.
In 2009 his early career was hi-lighted in a book Bristol Folk, the story of Bristol’s powerhouse folk & blues scene in the 60s & 70s, and the Bristol connection is marked once again in 2018 when Steve features in a major exhibition Bristol Music: Seven Decades of Sound at M Shed Museum in Bristol.
His 2011 release The Reckoning garnered 4-star reviews in the Guardian, the Observer and the Scotsman, a guest appearance on Later with Jools Holland and the BBC Four Songwriters’ Circle series, plus a Folk Award win for the best original song. Followed, in 2013 by the highly acclaimed trio album Happenstance. Steve was also commissioned to write for the Olympics Radio Ballads series and the Harbour of Songs project.
Born in Liverpool and raised in the Midlands, Steve made his recording debut in 1971 with the classic An Acoustic Confusion and has been turning out quality albums ever since. Life by Misadventure, And So It Goes, Solo Rubato and Such and Such all featuring first-class song-writing and stylistically Tilston, marking him out as one of this country’s finest writers, whilst the instrumental Swans at Coole is testament to his guitar virtuosity. Though known as a songwriter, Steve has always had an ear for the tradition and included new interpretations of old favourites on his original recordings. Of Many Hands is his first “all-traditional” album; with unique arrangements of timeless classics. There’s also a “best of” anthology, The Greening Wind and a live album Live Hemistry recorded on tour with Fairport Convention.
He joined an illustrious band of guitarists including Martin Simpson, Michael Messer and Wizz Jones, when he was invited to contribute to the Guitar Maestro series of DVDs; a combination of live studio performance and interviews, revealing the real passion behind these talented musicians…If anyone ever deserved the moniker Guitar Maestro, it’s Steve Tilston!
The writer of the classic songs The Slipjigs and Reels, Here’s to Tom Paine, The Naked Highwayman and the award-winning The Reckoning, he is also a published author. Steve’s first novel All for Poor Jack is an historical tale set in Bristol and the New World, full of colourful characters. It’s a mighty good read and has been enjoyed by the likes of Bob Dylan no less!
He’s toured with John Renbourn’s Ship of Fools, traditional singer Maggie Boyle (the classic recordings Of Moor and Mesa and All Under the Sun), as guitarist with Ballet Rambert, with Maartin Allcock and Pete Zorn in WAZ! with Brooks Williams and with his daughter Martha. Plus collaborations with alt-country band The Durbervilles and old Bristol pals Keith Warmington and Stuart Gordon as the Steve Tilston Trio. His latest project is with fellow songwriter Jez Lowe, the duo CD The Janus Game featuring all new co-writes is out now!
Others have also recorded Steve’s songs. Here’s to Tom Paine is the adopted theme song for the Tom Paine Society of America and we’ve lost count of the number of versions of The Slipjigs & Reels!