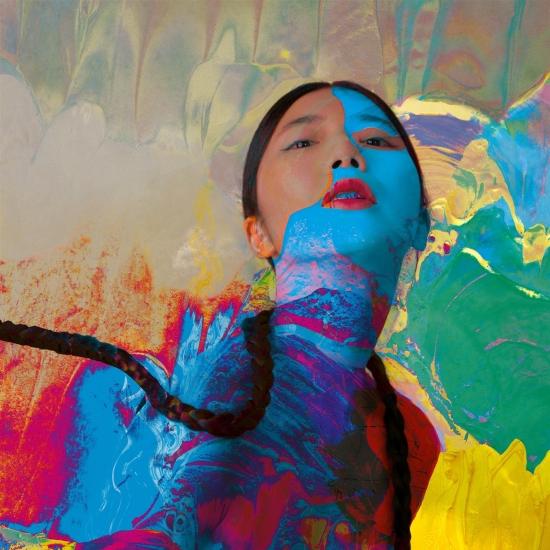 “Words cannot describe everything we feel. How can one accurately verbalise the sensation we feel when we’re a newborn and our mother holds us in her arms, and we feel her skin on our cheek. We clearly feel her warmth and humidity, some feeling of love from her, but it’s tough to verbalise it perfectly. Music is a language that can translate that sensation, feeling, the memory of love.” (Hatis Noit)
There isn’t a more unique entry into a musical journey than that of Japanese voice artist Hatis Noit, who today announces her much anticipated debut album Aura will be released June 24 on Erased Tapes.
Her musical awakening took place at the tender age of sixteen during a trek to Buddha's birthplace in Nepal. One morning when staying at a women’s temple she came across a female monk singing Buddhist chants whose otherworldly sounds moved her so intensely that she was instantly aware of the visceral power of the human voice; a primal and instinctive instrument that connects us to the very essence of humanity, nature and our universe. From that moment she knew singing was her calling.
The album title Aura was inspired by the German philosopher Walter Benjamin who used this term to describe the fundamental essence of art, which he believed is strongest in its original form, only happening once. Hatis agrees with this particular aspect as she realised, “during the pandemic, I really struggled. As a singer, I’m not very good at working on the computer. I much prefer doing live performances in physical spaces. Being with people, sharing the same space with them and feeling the atmosphere and energy of that moment, inspires me every time. To me, art is that — that shared moment.”
The gravitas of the pandemic caused Noit to look inwards and reflect. This resulted in the album becoming a remedy for what was going on in the world and ultimately to remember the joys and richness of life. Hatis adds to this sentiment, “we cannot live forever, do everything or be everywhere. But that makes our lives unique and invaluable. I wanted to be focused on our limitations and show how precious life is.”
The name Hatis Noit itself is taken from Japanese folklore, meaning the stem of the lotus flower. The lotus represents the living world, while its root represents the spirit world, therefore Hatis Noit is what connects the two. For Hatis, music represents the same netherworld with its ability to move and transport us to the other side; the past, a memory, our subconscious.
Through the opening piece ‘Aura’, which shares its title with the album, she revokes a haunting memory of getting lost in a forest in her birthplace Shiretoko, Hokkaido. “I felt as if I was close to my death, I could feel myself dissolving into and becoming a part of nature rather than just being an individual. This sense of awe and peace found there is always the place where I start making music from,” she remembers.
Years of perfecting her craft via live performances led her to the creation of this debut album which follows on from the introductory 2018 EP, Illogical Dance. An autodidact with an impressive range, Noit is inspired by Gagaku — Japanese classical music — folk music, operatic styles, Bulgarian and Gregorian chanting, as well as avant-garde and pop vocalists to create her inimitable style. Hatis creates wordless music, unique song worlds with transcendent vocal interpretations of epic proportions — most evident on ‘Jomon’ where she channels the fierce, dynamic energy and power of prehistoric culture during Japan’s Jomon period.
Astonishingly all songs on this record were created using her voice only. The single exception being ‘Inori’ for which she took a field recording of the ocean only one kilometre away from the nuclear power plant in Fukushima. Hatis Noit had been invited there for a memorial ceremony which marked the re-opening of the area for local people to return to their homes. The emotive and compassionate song is dedicated to the lives lost due to 2011’s tsunami, but equally to the many beautiful memories people have of their hometown.
The album was recorded in Berlin where Noit laid down her vocals in just eight hours, before the pandemic forced her and producer Robert Raths to stay local and mix it in East London, which led to working with a new collaborator: engineer Marta Salogni. Between lockdowns it was decided to take the recordings and reamplify them in a local church to bring them closer to that moment of live performance. “It was almost like a miracle when Robert came up with the idea. That was the moment that changed everything for the album as the physical space with its organic ambience brought everything to life,” Hatis Noit recalls.
An important part of her practice and something she missed dearly during lockdown, her impressive live performances have included headline and festival shows across Europe, including a sold-out London show accompanied by the London Contemporary Orchestra at Southbank Centre, a special live performance at Milan Fashion Week and she was also invited by the revered director David Lynch to perform at his Manchester International Festival takeover in 2019. Her collaborations have seen her work with Kevin Richard Martin aka The Bug, the NYX Electronic Drone Choir and she appeared on recordings by fellow countryman Masayoshi Fujita as well as Ukrainian pianist and Continuous Music pioneer Lubomyr Melnyk.
Hatis Noit, voice 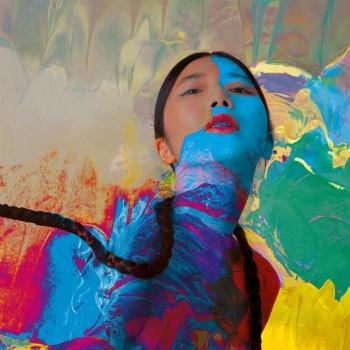 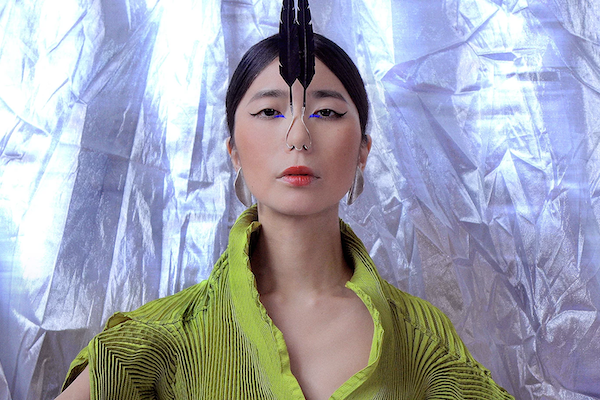 Hatis Noit
Japanese vocal performer hailing from distant Shiretoko in Hokkaido who now resides in London. Hatis Noit’s accomplished range is astonishingly self-taught, inspired by everything she could find from Gagaku — Japanese classical music — and operatic styles, Bulgarian and Gregorian chanting, to avant-garde and pop vocalists. ​
It was at the age of 16, during a trek in Nepal to the Buddha’s birthplace, when she realised singing was her calling. While staying at a women’s temple in Lumbini, one morning on a walk Hatis Noit heard someone singing. On further investigation it was a female monk singing Buddhist chants, alone. The sound moved her so intensely she was instantly aware of the visceral power of the human voice; a primal and instinctive instrument that connects us to the very essence of humanity, nature and our universe. ​
The name Hatis Noit itself is taken from Japanese folklore, meaning the stem of the lotus flower. The lotus represents the living world, while its root the spirit world, therefore Hatis Noit is what connects the two. For Hatis Noit, music represents the same netherworld with its ability to move and transport us to the other side; the past, a memory, our subconscious. ​
After participating in a memorial and appreciation ceremony tailored to the withdrawal of the evacuation area in Fukushima on 31st March 2017, Hatis Noit collaborated with renowned visual artist Nobumichi Asai on a project titled Inori (prayer) which they premiered live at Mutek Japan in Tokyo. ​
March 23, 2018 marked the worldwide release of her first enigmatic EP Illogical Dance on Erased Tapes. The arresting 4-track record features Björk-collaborators Matmos and creates unique song-worlds with transcendent vocal interpretations that at once deconstruct and recombine Western Classical, Japanese folk and nature’s own ambience atmosphere. ​
Having recently moved to London, she's performed solo shows and appeared at various festivals across Europe, including a special live performance at the Milan Fashion Week 2018. Hatis Noit has collaborated with Kevin Richard Martin aka The Bug, the NYX Electronic Drone Choir and appeared on recordings by fellow countryman Masayoshi Fujita as well as Ukrainian pianist and Continuous Music pioneer Lubomyr Melnyk.
Most recently she's been invited by David Lynch to perform at his Manchester International Festival takeover, followed by headline shows across Europe and beyond, culminating in a much applauded sold-out London show with the London Contemporary Orchestra at Southbank Centre. ​
Tipped by The Guardian as One To Watch in 2020, Hatis Noit is currently working on her full-length album to be expected around summertime. She will appear as part of the Erased Tapes 2020 nights in Hamburg, Paris, Nantes followed by a collaboration with cinematographer Vincent Moon for Elevatein Graz, Austria — with more live dates to be announced soon.