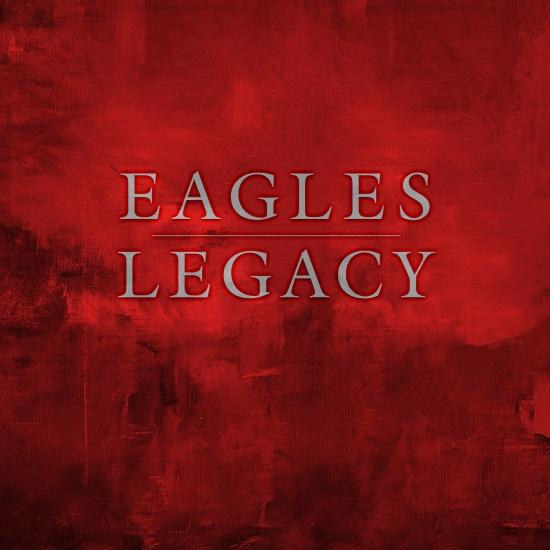 The Eagles created an indelible musical legacy over an extraordinary career that spans more than 40 years and includes six number one albums, more than a dozen Top 40 hits, and six GRAMMY Awards. LEGACY will bring together all the music that made the Eagles one of the best-selling bands in music history in one extraordinary collection.
Grammy-winning mastering engineer Bob Ludwig remastered the Millennium Concert especially for LEGACY. Both albums – along with several tracks from the Singles and B-Sides compilation – are being released on HighResAudio for the first time ever.
LEGACY follows the Eagles through the different stage of the band’s storied career, from the country-rock of early albums like Desperado and the superstar success of Hotel California, to the band’s most-recent studio album, 2005’s Long Road Out of Eden. All of the band’s hits, deep cuts and fan favorites are here, including “Take It Easy,” “Already Gone,” “Hotel California,” “Please Come Home For Christmas,” “Heartbreak Tonight” “No More Cloudy Days,” and “Get Over It.”
The Eagles - Don Henley, Joe Walsh and Timothy B. Schmit, with Deacon Frey and Vince Gill – are in the midst of their extensive 2018 North American tour that began in March and continues through December.
The Legacy-Set consist of:
Eagles (1972) 192kHz, 24bit
Desperado (1973) 192kHz, 24bit
On The Border (1974) 192kHz, 24bit
One of These Nights (1975) 192kHz, 24bit
Hotel California (1976) 192kHz, 24bit
The Long Run (1979) 192kHz, 24bit
Eagles Live (1980) 192kHz, 24bit
Millennium Concert (2000) 44.1kHz, 24bit
Long Road Out of Eden (2007) 192kHz, 24bit
Single and B-Sides (2018)
The Eagles
Digitally remastered
Please note: The Live-Album "Millennium Concert" is in the sampling rate 44.1kHz, 24bit.