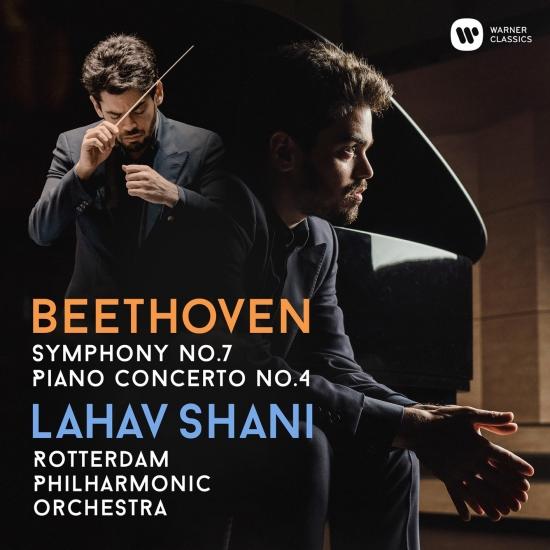 Info for Beethoven: Symphony No. 7 & Piano Concerto No. 4

For his first album with Warner Classics, Lahav Shani conducts the Rotterdam Philharmonic Orchestra in Symphony No. 7 and plays Beethoven’s Piano Concerto No. 4: two pieces which come from Beethoven’s so-called middle period. The classical harmonic tension contributes to the drive of the music as much as the rhythmic propulsion. This music features a clarity of texture and, above all, a unity between the melodic motive and the accompaniment. Acclaimed for his 'instant chemistry' with the orchestra, Lahav Shani is considered the shooting star amongst conductors – as Der Tagesspiegel puts it: 'The young maestro is simply sensational'.
Lahav Shani, piano, conductor
Rotterdam Philharmonic Orchestra 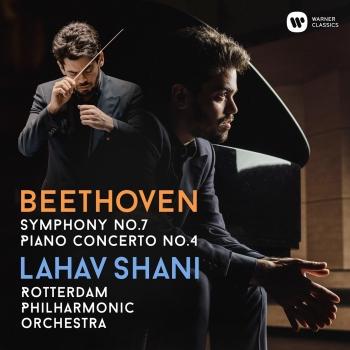 Beethoven: Symphony No. 7 & Piano Concerto No. 4 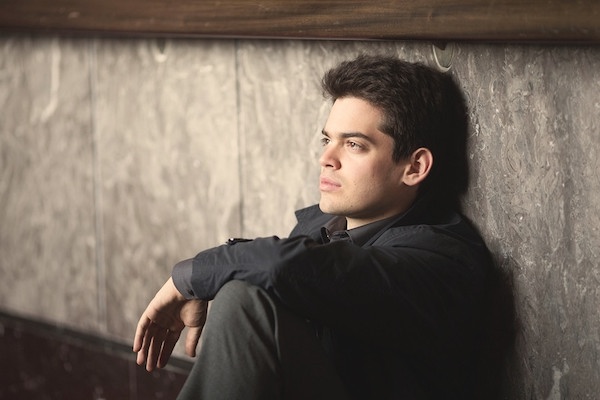 Lahav Shani
has established himself as one of the most talked about young conducting talents making a huge impression with his astonishing maturity and natural, instinctive musicality. In September 2018 he takes over as Chief Conductor of the Rotterdam Philharmonic Orchestra, succeeding Yannick Nézet-Séguin and becoming the youngest Chief Conductor in the orchestra’s history. In the 2020/21 season, Shani will succeed Zubin Mehta as Music Director of the Israel Philharmonic Orchestra, and will be the orchestra’s Music Director Designate from 2019/20.
n the 2017/18 season, Shani became Principal Guest Conductor of the Vienna Symphony Orchestra, following a number of appearances with the orchestra since his debut in May 2015, including a major European tour in January 2016. Shani also works regularly with the Berlin Staatskapelle, both at the Berlin Staatsoper and also for symphonic concerts. In spring 2019 he will return to conduct “Don Giovanni” at the Berlin Staatsoper.
Recent and upcoming highlights as a guest conductor include engagements with the Vienna Philharmonic, Symphonieorchester des Bayerischen Rundfunks, London Symphony Orchestra, Royal Concertgebouw Orchestra, Dresden Staatskapelle, Tonhalle-Orchester Zürich, Budapest Festival Orchestra, Boston Symphony, Rundfunk-Sinfonieorchester Berlin, Philharmonia Orchestra, Orchestre de Paris, Philadelphia Orchestra, Royal Stockholm Philharmonic, Bamberger Symphoniker and Orchestre Philharmonique de Radio France.
Shani’s close relationship with the Israel Philharmonic started in 2007 when he performed Tchaikovsky's Piano Concerto under the baton of Zubin Mehta and continued in the following years as both a pianist and also as a double-bass player. Shani was born in Tel Aviv in 1989 and started his piano studies aged six with Hannah Shalgi, continuing with Prof. Arie Vardi at the Buchmann-Mehta School of Music in Tel Aviv. He went on to complete his studies in conducting with Prof. Christian Ehwald and piano with Prof. Fabio Bidini, both at the Academy of Music Hanns Eisler Berlin. Whilst a student he was mentored by Daniel Barenboim. In 2013 he won First Prize in the Gustav Mahler International Conducting Competition in Bamberg.
As a pianist Shani made his solo recital debut at the Boulez Saal in Berlin in July 2018. He has play-directed piano concerti with many orchestras including the Philharmonia Orchestra, Staatskapelle Berlin, and Orchestre Philharmonique de Radio France. Recent concerto engagements include appearances with the Royal Concertgebouw Orchestra and the Beethoven Triple Concerto with Renaud and Gautier Capuçon with the Israel Philharmonic. Shani also has considerable experience performing chamber music appearing recently at the Festival d'Aix-en-Provence, the Cologne Philharmonie and the Verbier Festival.

Booklet for Beethoven: Symphony No. 7 & Piano Concerto No. 4