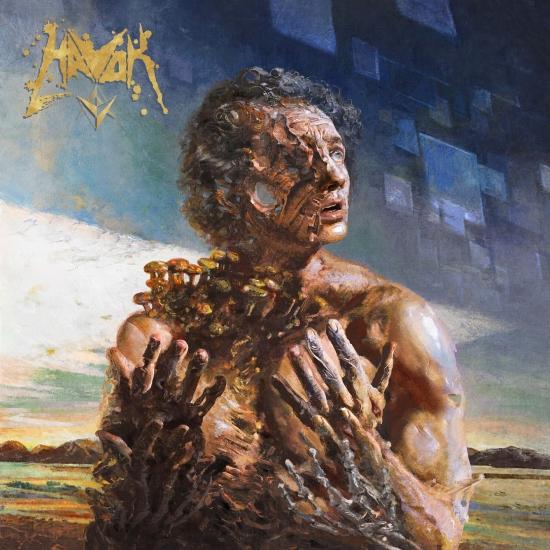 Colorado-based thrashers Havok are back!
After a whirlwind yet rewarding cycle for 2017’s Conformicide effort, the high-octane outfit have emerged from the studio victorious with their new album, V. Engineered, mixed, mastered by Mark Lewis (Cannibal Corpse, The Black Dahlia Murder, etc.) and showcasing stunning artwork by Eliran Kantor (Testament, Hatebreed, etc.).
Havok’s guitarist/vocalist David Sanchez explains about V: "A lot of experimentation went into the writing and recording of ‘V.’ The album offers the same intensity that we’re known for, but with a few twists that may surprise people. The music is dense with lots of different intertwining parts and we’re beyond excited to release our best-sounding record to date."
"I am really excited about this record and to be playing bass with Havok. We really focused on structure and songwriting while maintaining the heavy riffs and brutal music the band is known for. I’m proud of how it turned out and can’t wait for everyone to hear it." (Brandon Bruce)
Reece Alan Scruggs, lead shred
Pete Webber, drums
David Sanchez, lead vocals
Brandon Bruce, bass, backing vocals 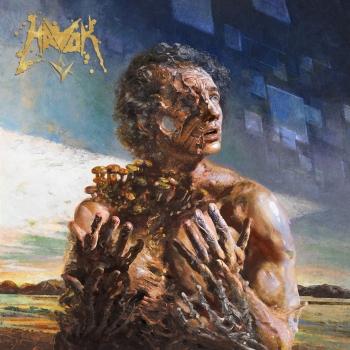 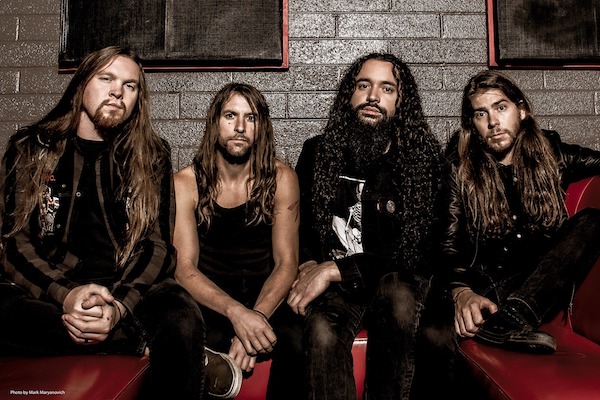 Havok
the thrash metal powerhouse reigning from Colorado formed in 2004. After two self-released albums, the band caught the attention of England's Candlelight Records. Burn was released in early spring of 2009. Incorporating blisteringly fast guitar riffs, machine-like drumming, groovy bass lines, searing leads, and hard-hitting vocals, Havok is able to maintain that *punch-you-in-the-throat* style of music. Fast forward to 2011 and the Denver-based thrashers return with their second album. The band turns the heat up with new thrash anthems. Time Is Up immediately showcases the band's highly skilled musicianship. Blistering guitar work once again highlights the album. Song standouts include album opener "Prepare for Attack", "Fatal Intervention", "Covering Fire", and "Scumbag in Disguise".
Although there are many other thrash bands out there, there is one thing that sets Havok apart from the others. This band puts their own stamp on the genre by employing a more technical side of music, while maintaining the feel. Havok's live show is where the band really catches peoples' attention, with their non-stop energy level and their ability to get the audience involved. They are a must-see for any fan of live music! Havok has received tons of positive feedback for their efforts to make thrash a mainstay in modern music: and they will continue to spread the intensity until they decide the job is done! Given their talent, determination, and constantly growing fan base, Havok is destined to become a mainstay in this scene!