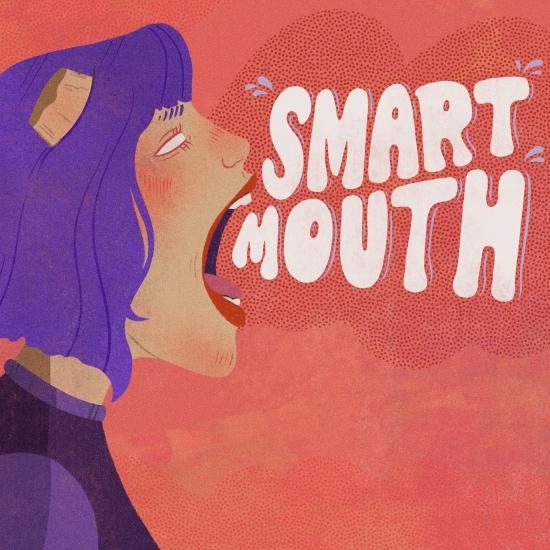 Label: Take This To Heart

Sophia Greenberg and Tyler Asay left a Philly open mic night at 4 a.m. and started a band. That nocturnal split decision defines Riverby at its core, a power-pop outfit fueled by teenage optimism and the timeless power of a punchy one-liner. Bassist Doug Keller was scooped up during a smoke break between sets, and Dan Nazario joined soon after on drums. Smart Mouth, the band’s debut album, came together much like their lineup—sporadically, then all at once. And like Riverby’s beginnings, Smart Mouth shows confident noise sometimes emerges from the darkest of hours.
Smart Mouth finds vocalist/guitarist Greenberg revisiting pieces of their past while confronting new territory for the first time. “The Tell Tale Heart” pushes past anguish and self-doubt to reassess personal tragedy—Greenberg wrote the first verse at nineteen, only to return to complete the lyrics six years later. “Nose to Nose,” with its smirking guitar line, sets up Greenberg’s appeal for self-confidence. You’d never guess it’s the first song they wrote on electric guitar. Closer “In My Dreams” points to a future after an album taking patient stock of the present. According to Greenberg, writing the song “felt like I was entering the eye of a hurricane and I could see clearly even though everything around me was falling into chaos.”
Produced by Justin Nazario and mastered by Ryan Schwabe (Beach Bunny, Hop Along), Smart Mouth is a testament to what can happen when you move with, not away from, life’s ups and downs. You might enjoy the ride.
Sophia Greenberg, vocals, guitar, keyboards
Ryler Asay, vocals, guitar, bass, keyboards
Doug Keller, bass
Dan Nazario, drums
Celia Tice, vocals (on The Tell Tale Heart, In My Dreams 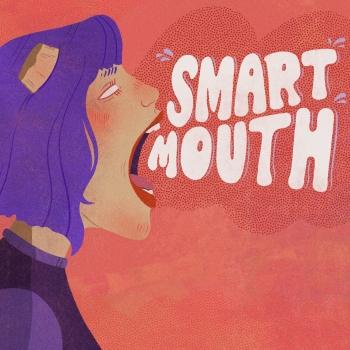