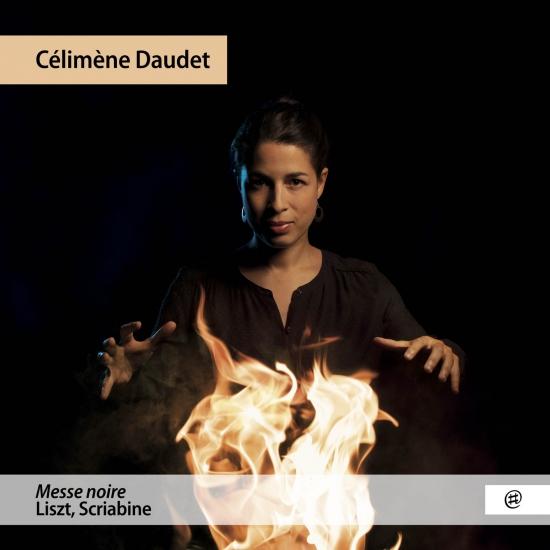 Some works seem to echo one another, resounding across eras with a quasi-mystical correspondence that invites us into a strange voyage. Gathering ‘the last Liszt’ and ‘the last Scriabin’ on the same album struck me as obvious. To me, they both have a marvellously indescribable capacity to allow listeners to hear mystery, to create unique soundscapes, to explore ever further and farther, always to innovate and to extend the limits of a certain ending. Both question the conventions of harmonic language with drawn out chromaticism – one that goes almost to excess, inching close to its own demise – and the obfuscation of tonality, as well as Scriabin’s famous invention, the ‘mystic chord,’ which haunts most of his last works. We can therefore lose ourselves in exploration outside all form, skirting all rules, and necessarily giving ourselves over to the almost hypnotic sensation of getting lost in this extreme.
Célimène Daudet, piano 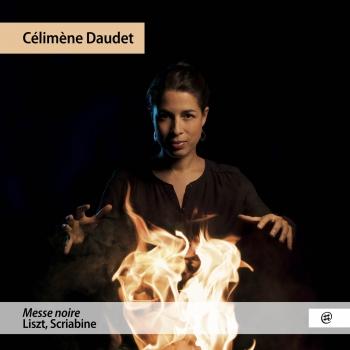 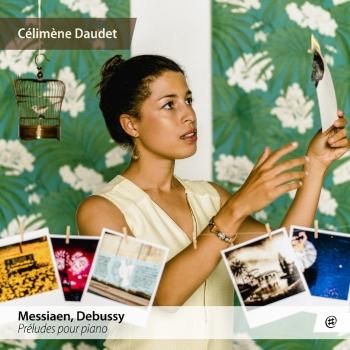 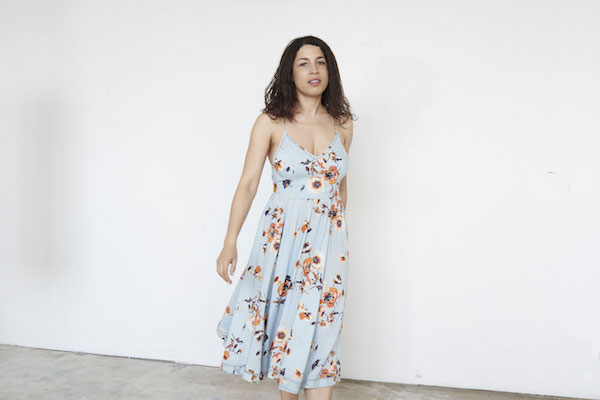 Célimène Daudet
is born from two cultures, French and Haitian. She is a soloist, described by the press for her “seductive, delicate and burning lyricism”.
As a guest of reputed venues, Célimène Daudet has made regular appearances in the United States and Canada (Carnegie Hall in New York, Washington D.C, Minneapolis, Kansas City, Calgary, Banff Center), Russia (Moscow, Nizhny-Novgorod and Rostov Philharmonics), in Southeast Asia (Hanoi Opera, Ho Chi Minh City Opera, Dewan Philharmonic in Kuala Lumpur, Singapore, Djakarta), in China (Beijing’s NCPA, Shanghai’s SHOAC, Suzhou, Nanning and Tianjin Philharmonics), Latin America (Teatro Ateneo in Panama, Colombia), Israel (Tel Aviv, Jerusalem), Africa (Congo, Gabon, Algeria), the United Arab Emirates (Abu Dhabi theatre) and throughout Europe.
In France, Célimène plays regularly in many festivals (Festival le Printemps des Arts in Monte-Carlo, La Folle Journée in Nantes, les Flâneries Musicales in Reims, the Debussy Festival, the festival of Aix-en-Provence, the festival “les Nuits Pianistiques”, Nancyphonies Festival, Ars Terra Festival). She also performs at major venues: In Paris at the Théâtre du Châtelet, le Centquatre, Salle Cortot, Théâtre Silvia Monfort. In other towns, in Lyon at the National Opera and at the Théâtre de la Croix-Rousse, the Halle aux Grains in Toulouse, the Jeu de Paume theater in Aix-en-Provence, MC2 in Grenoble, the Municipal Theatre in Besançon, in Châteauroux at Equinoxe, at the Opera in Avignon and at the municipal theaters in Angoulême and Compiègne.
In 2015, she was named “Marraine” at the Festival Les Amateurs Virtuoses at the Théâtre du Châtelet. She also encouraged promoting new talents at the inauguration of the Festival de Pâques in Aix-en-Provence.
Célimène Daudet’s recordings, acclaimed by the French and international press, are the result of long studies. Several years of researching Bach’s music resulted in two albums “A tribute to Bach” (Arion 2011) and “L’Art de la Fugue” (Arion 2013). After researching a rare repertory on the First World War, she published “Dans la Malle du Poilu” (Arion 2013) in duo with violinist Amanda Flavier. This recording was selected as a best record of the year 2014 by the French newspaper “Le Monde”. In 2016 she records the first volume of an integral of Beethoven’s ten sonatas for piano and violin with the violinist Amanda Flavier, published by NoMadMusic.
As an active and open-minded musician, Célimène likes sharing the scene with other artists: The choreographer Yuval Pick, the comedian Marie-Christine Barrault, and with the “Compagnie Yoann Bourgeois”, giving more than 100 performances of l’Art de la Fugue by J.S. Bach.
A native of Aix-en-Provence, she first studied at the Conservatory in her hometown, then at the Superior Conservatory in Lyon and Paris. She is a winner of the International Jean Francaix Competition in Paris, the International Competition of the FNAPEC. She won the Pro Musicis International Prize. She was named “Artiste Génération Spedidam 2014″, and she received recognition and support from several foundations such as Villecroze, the Banff Centre for the Arts in Canada, the Safran Foundation and the Suez Environment Group, BNP Paribas.
Célimène is a Steinway Astist.