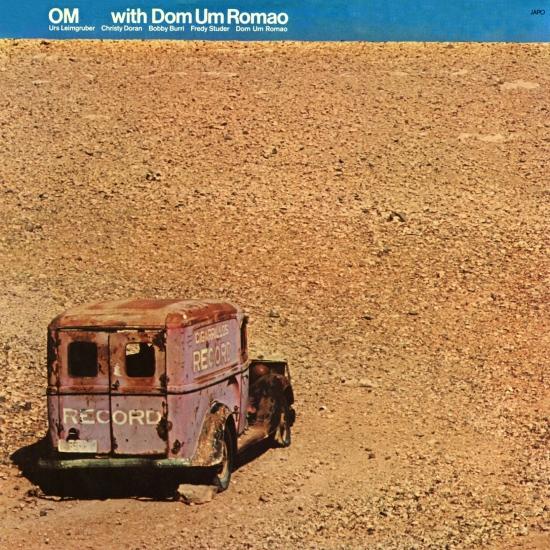 To us, this recording represents what was great about ECM in the mid 70s, searching improvised grooves that cross the lines between free playing, textural tone bending, ethnic influences and modern fusion, but without getting too new-agey. Om were a quartet of European improvisers, many of whom would go on to delve more fully into the free scene there: Urs Leimgruber, Christy Doran, Bobby Burri and Fredy Studer, and Dom Um Romao adds some great percussive touches to this recording as a guest. The set starts out with Um Romao laying out some expressive percussion before settling into the nice modal groove of "Chipero", which is followed by the more energetic "Dumini", a spacious classic ECM number "Back To Front" and the lengthy fusion excursion "De Funk".
Is there a high road? This is the question asked by OM’s third of four albums for JAPO. For its junior effort, the renegade quartet of Urs Leimgruber (reeds), Christy Doran (guitar), Bobby Burri (bass), and Fredy Studer (drums) would seem to hold to a relatively accessible doctrine. But while it is the most groove-oriented in their potent discography—not surprising, given the driving center found in guest artist Dom Um Romão (1925-2005)—the core provided by the legendary Brazilian jazz drummer and percussionist, known for his work with Weather Report, allows a melodic brand of expressive freedom to take shape. The showdown is just as dreamy and feverish as anything OM had ever produced. This atmosphere comes about through the hypnotic effect of a steady pulse, the essence of all ritual. Burri’s “Chipero” opens the doors to a realm of bird and goddess, a forest where waters run shallow but sure. Romão provides the welcoming call, the rest evoking fauna and wounds of expectation. These energies sustain themselves throughout, especially in the two Doran-penned tunes. “Back To Front” swings us farther out into the cosmic stretch by way of some especially colorful picking from the composer, unwrapping a package of candy and strewing its contents over Saturn’s rings. The flow is not without its detours, as evidenced by the stark change of scenery as bass and guitar mellow for a concluding night flight. Doran’s other half is “De Funk,” which churns the butter to even smoother consistency. Romão’s Nana Vasconcelos vibe adds just the right touch of salt to Studer’s metronome. Doran, ebullient as over, can only defer to Burri, who works overtime to keep us in the here and now. Leimgruber’s bass clarinet turns like a jigsaw piece crying for fit and sets up a round of witty exchanges. Nestled among these propulsive journeys, the artful dodge of Leimgruber’s “Dumini” awakens the behemoth of memory in a lanky, sweltering pitch. Because it is the only track to have made the cut for OM’s retrospective album, this collaborative joint is worth checking out for the surrounding paths it lays. OM remains attentive to ebb and flow, an oarless boat reaching shore. What does oxygen breathe?
Urs Leimgruber, soprano and tenor saxophones, bass clarinet
Christy Doran, 6- and 12-string electric guitars
Bobby Burri, bass
Fredy Studer, drums
Dom Um Romão, percussion, berimbau
Recorded August 1977 at Tonstudio Bauer, Ludwigsburg
Produced by Thomas Stöwsand
Digitally remastered 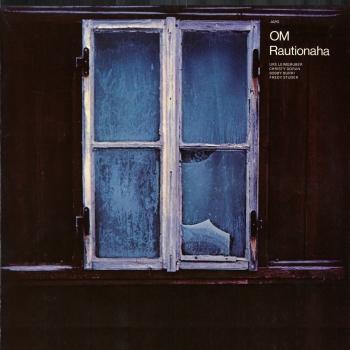 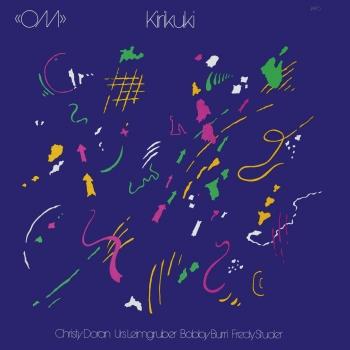 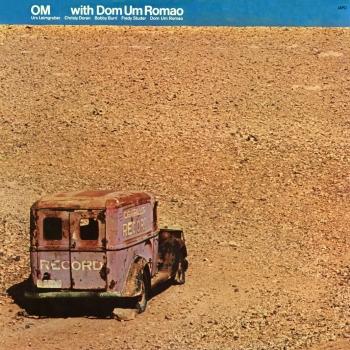 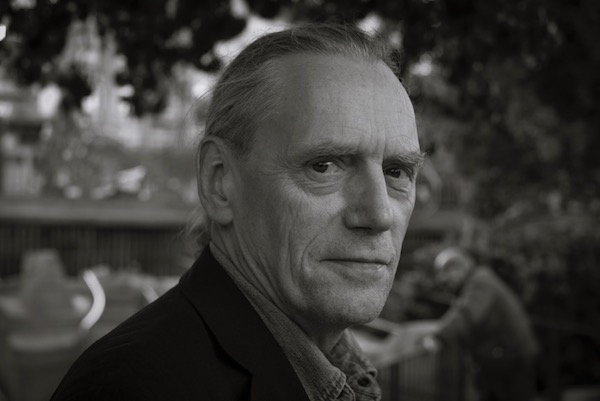