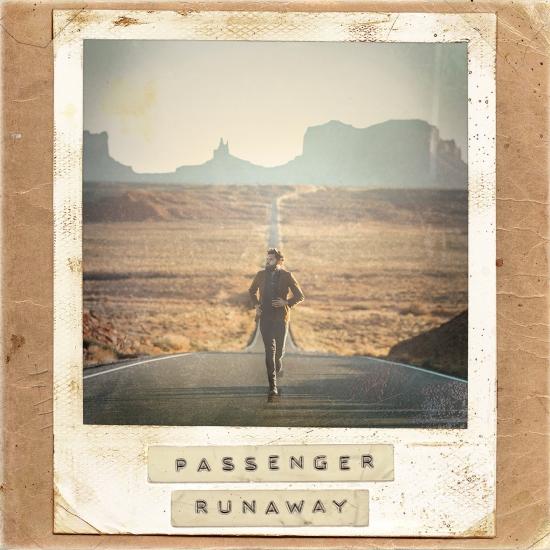 ‘Runaway’ is the new album from Ivor Novello Award-winning singer-songwriter Passenger. Passenger, aka Brighton’s Mike Rosenberg, will support the album’s release with an extensive world tour. The UK leg starts at Edinburgh Queens Hall on August 29th and includes a show at London’s Roundhouse, which sold out within hours.
Passenger is one of the most successful UK artists of this decade, a streaming phenomenon who has had well in excess of a billion streams on Spotify. His new single ‘Hell Or High Water’, the first track to be taken from ‘Runaway’, has already been streamed two million times, with the accompanying video already receiving more than five million views on YouTube. The video for his Ivor Novello Award winning single ‘Let Her Go’ has been viewed almost two billion times. The single reached No.1 in 19 countries, with the accompanying album ‘All The Little Lights’ achieving platinum or multi-platinum status in 11 countries.
Passenger’s 2016 album, ‘Young As The Morning Old As The Sea’ entered the UK charts at No.1, ahead of Bruce Springsteen, and the subsequent tour saw Rosenberg play his largest headline tour to date with a total audience of over 1.4 million across 29 countries, including playing to over 13,500 people at Amsterdam’s ZiggoDome.
There have always been two sides to Passenger: the epic, radio-friendly sound represented ‘Let Her Go’, and ‘Young As The Morning Old As The Sea’, and the more introverted, singer-songwriter side heard on, for instance, ‘Whispers II’ (2015) and ‘The Boy Who Cried Wolf ‘(2017). ‘Runaway’ finds Passenger embracing the epic once again: the melodies are unforgettable, the choruses colossal.
The album, Rosenberg’s tenth in 11 years, was recorded between the UK and Australia with his co-producer, Chris Vallejo, but its aesthetic is North American. “My dad is American,” Rosenberg explains, “and we used to go over every other summer when we were kids. I always loved it. I guess I was seduced by it a little bit. It was such a culture shock coming from England.”
Sonically, too, ‘Runaway’ draws on Americana, for instance the early work of Ryan Adams. There is some lap steel, some mandolin, a little banjo, all courtesy of guitarist Benjamin Edgar, Rosenberg is also joined on the album by bassist Rob Calder, drummer Peter Marin and keyboard player Jon Hansen.
Rosenberg imagined these new songs as unfolding against a backdrop of American landscapes. And so, rather than the usual video process, he and video director Jarrad Seng spent three weeks making videos on a road trip across the US.
The video for ‘Hell Or High Water’, the album’s opener, was shot at a series of national parks. “The massive landscapes of these national parks really suit the big chorus and big production,” says Rosenberg.
Throughout his colossal success, Passenger has continued to busk and recently undertook a short busking tour of the UK. “Years ago, it was just me and a suitcase of CDs,” he explains. “We used to get 50 people. Now it’s stage, a soundman, telling councils in advance. We might play to 3,000 people. But busking is something we’ve always done, a unique part of what Passenger is. And part of it is selfish too. Promo can feel like a conveyor belt – but if I include busking on a promo tour, it means I get to play to the real fans every day.”
Passenger, vocal, guitar 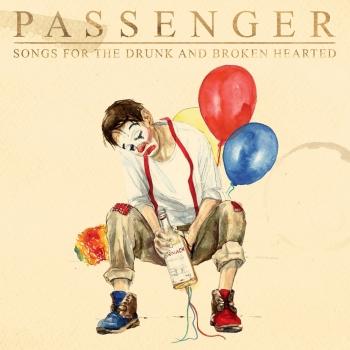 Songs for the Drunk and Broken Hearted (Deluxe) 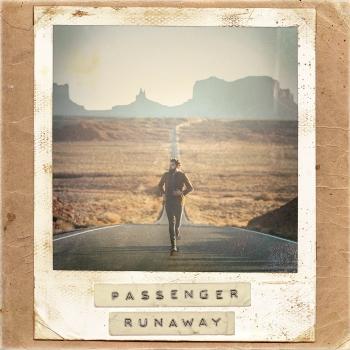